Measure to split California is removed from the ballot 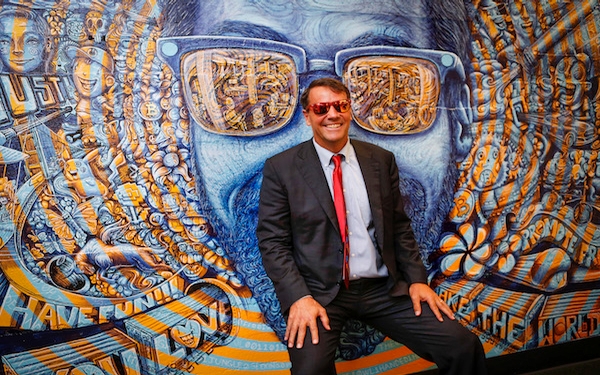 The California Supreme Court decided unanimously Wednesday to remove from the November ballot a measure aimed at dividing California into three states.

The decision was a defeat for Tim Draper, a Silicon Valley venture capitalist considered an eccentric entrepreneur who spent $1.2 million on the measure.

Four years ago, the wealthy Atherton resident spent $5.2 million promoting a measure that would have split California into six states. It did not qualify for the ballot.

He reacted angrily to the court’s action, calling it “corruption.”

“Whether you agree or not with this initiative, this is not the way democracies are supposed to work,” he said in an email. “This kind of corruption is what happens in Third World countries.”

He said the state’s “insiders” were “in cahoots.”

The court, meeting in closed session, also agreed to rule eventually on the measure’s constitutionality, a ruling that is likely to go against the initiative. The challenge was filed last week by the Planning and Conservation League, an environmental group.

“They would not have removed it from the ballot unless it was their considered judgment that it is very likely not a valid measure that can go to the voters,” said University of Illinois law school dean Vikram Amar, a former University of California, Davis law professor.

Draper’s quixotic quest to divide up the state was viewed by some outside the state as another wacky California plan. It was widely publicized across the nation and became the butt of jokes.

The environmental group contended in its challenge that the measure amounted to a proposed revision of the state Constitution, which can be placed on the ballot only if two-thirds of both houses of the Legislature approve.

Proposition 9 was aimed at triggering a process for dividing California, but ultimately any such change would have to be approved by the U.S. Congress.

Amar, who has written about the measure for a legal blog, has long argued that Proposition 9 amounted to an illegal state constitutional revision. But he said it also had a federal constitutional flaw.

Before new states can be created out of an existing state, a state’s elected legislature must approve, Amar said.

Draper, 60, was an early investor in tech companies that became wildly successful, including Skype. He also is one of the nation’s most ardent supporters of cryptocurrencies, such as bitcoin.

“The concept of breaking this enormous state into smaller, more manageable states is not new,” Draper told the court in written arguments. “In fact, the voters of California were asked to, and did approve, the Pico Act in 1859, which asked Congress to approve splitting the state into two.

“Congress never acted on that request, as it might not do if Proposition 9 is approved,” Draper said.

Draper had said he was not properly served with the legal challenge and questioned why the environmental group waited until July to challenge the measure.

Opponents of the measure reacted with joy.

“Proposition 9 was a costly, flawed scheme that will waste billions of California taxpayer dollars, create chaos in public services including safeguarding our environment and literally eliminate the state of California — all to satisfy the whims of one billionaire,” said Planning and Conservation League Executive Director Howard Penn.

He called the order “very unusual and dramatic.” He said the court had only sparingly taken measures off ballots.

“The only further questions are whether something like this could be on future ballots, and we are confident we will prevail on that when it is considered in the fall,” he said.

Fabian Nunez of the OneCalifornia Committee said putting the measure on the ballot in the first place “was an act of political malpractice that gives direct democracy a bad name.”

“We are hopeful that Tim Draper will end his attempts to split up our state and use his resources to help California meet its challenges and become an even better place to live and work.”

Draper submitted more than 600,000 signatures for the measure in April, substantially more than the 365,880 required. He said the measure qualified for the ballot June 12.

Northern California would have consisted of 40 counties stretching from Oregon south to Santa Cruz County and east to Merced and Mariposa counties.

Southern California would have included Madera County in the Central Valley and extended south to San Diego and Orange counties.

California would have included Los Angeles County and extended north to Monterey County.

Draper argued the state was too large to have a properly functioning government and called the initiative an “opportunity to reboot and refresh our state government.”

“In a state this big and diverse it’s not surprising,” Gerston said Wednesday. “Hardly a day goes by when one group or another believes it would be better off without the rest of us. It’s the cost and benefit of a massive demographic slab of real estate not equaled anywhere.”

The proposals sought to tap a feeling of disconnect by residents in the San Joaquin Valley and other rural parts of the state from the more liberal bastions of Los Angeles and the San Francisco Bay Area.

However, residents of the far northeast part of the state who, for years, have talked about breaking off and forming a state of Jefferson, said they opposed the latest proposal because they would remain tethered to and dominated by the more left-leaning and more populated urban areas of the Bay Area and Sacramento.

Draper’s measure was proposed as a regular law. More signatures would have been needed to qualify it as a constitutional amendment.