Casey Affleck breaks his silence on #MeToo, admits he was a bad boss 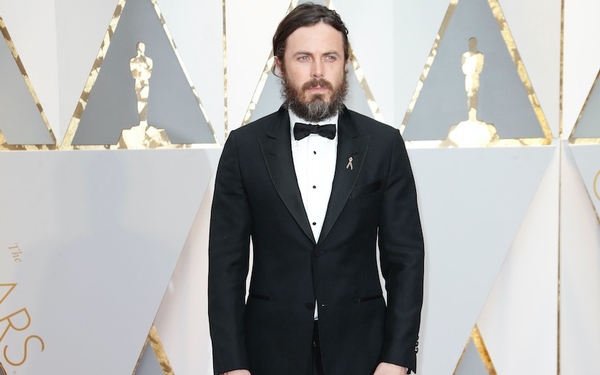 But in his first interview in more than a year, Affleck talked more about his past legal issues than the accusations behind the lawsuits.

“That I was ever involved in a conflict that resulted in a lawsuit is something that I really regret. I wish I had found a way to resolve things in a different way. I hate that. I had never had any complaints like that made about me before in my life and it was really embarrassing and I didn’t know how to handle it and I didn’t agree with everything, the way I was being described, and the things that were said about me, but I wanted to try to make it right, so we made it right in the way that was asked at the time,” Affleck told the Associated Press in the interview, which was released Thursday.

“And we all agreed to just try to put it behind us and move on with our lives, which I think we deserve to do, and I want to respect them as they’ve respected me and my privacy.”

The 42-year-old actor faced two lawsuits in 2010 stemming from his mockumentary “I’m Still Here.” One woman, cinematographer Magdalena Gorka, claimed that he climbed into bed with her, “wearing only his underwear and a T-shirt,” while she was sleeping; she said in the suit that “his breath reeked of alcohol.” Another, producer Amanda White, claimed Affleck frequently referred to women as “cows” on set, discussed his “sexual exploits” and attempted to manipulate her into staying in a hotel room with him. When she refused, White claimed in the lawsuit, he “grabbed her in a hostile manner in an effort to intimidate her into complying.”

Affleck has denied all allegations of sexual misconduct.

The accusations resurfaced in light of the #MeToo movement, which sprung to light soon after his Oscar-winning “Manchester By The Sea.” Affleck dropped out as an Oscars presenter — the previous year’s best actor winner traditionally presents the award to the new best actress — for 2018, saying he didn’t want to be a distraction.

The actor has kept a low profile as allegations against colleagues, including Kevin Spacey, Jeffrey Tambor and Harvey Weinstein — who launched his brother’s career — have come to light.

In the Associated Press interview, Affleck said he’s spent the last few years “listening.” What he’s learned, he told AP, is that he was a bad boss.

“The cast was the crew and the crew was kind of the cast and it was an unprofessional environment and, you know, the buck had to stop with me being one of the producers and I have to accept responsibility for that and that was a mistake. And I contributed to that unprofessional environment and I tolerated that kind of behavior from other people and I wish that I hadn’t. And I regret a lot of that,” he said.

“I really did not know what I was responsible for as the boss. I don’t even know if I thought of myself as the boss. But I behaved in a way and allowed others to behave in a way that was really unprofessional. And I’m sorry.”

Affleck, who was photographed last year with his son at the Women’s March in Vancouver, said he wants a world for his children, 14-year-old India and 10-year-old Atticus, “where grown men model compassion and decency and also contrition when it’s called for.”