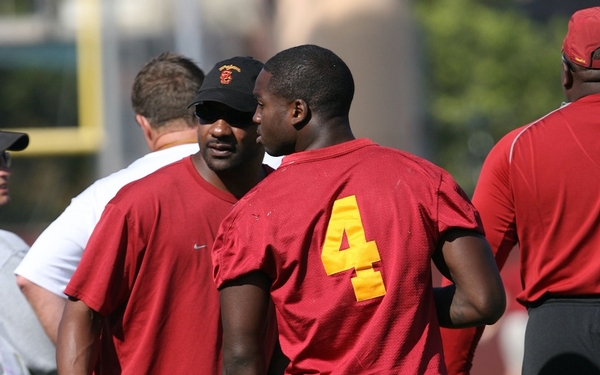 Almost three months after a jury found that the NCAA did not defame Todd McNair, the legal fight involving the former USC running backs coach isn’t over.

McNair’s attorneys filed their final brief Monday in Los Angeles County Superior Court urging Judge Frederick Shaller to declare the one-year “show cause” penalty levied against McNair by the NCAA infractions committee in 2010 to be invalid under state law.

“A finding that the NCAA’s show cause penalty procedure was (and is) unlawful will serve to help erase that black mark from Mr. McNair’s professional resume,” the brief said, “and will lessen any lingering effects it has on his ability to resume his NCAA coaching career.”

McNair sued the NCAA in June 2011 — alleging defamation, breach of contract, negligence and seeking declaratory relief — after the infractions committee found him guilty of unethical conduct in connection with the Reggie Bush extra-benefits scandal. The NCAA sanctioned him with a “show cause” penalty barring him from contact with recruits for one year while working for USC or any other NCAA-member institution.

The “show cause” penalty, according his attorneys, made it difficult for McNair to find another college job and USC declined to renew his contract. He hasn’t coached at the college or professional level since the decision.

The breach of contract and negligence counts were dropped after closing arguments in May; the jury then voted 9-3 that the NCAA did not defame McNair. That left the declaratory relief as the lone remaining cause of action. It had been severed from the trial phase and will be decided by Shaller based on briefs filed by both sides.

NCAA attorneys argued in a previous filing that declaratory relief isn’t needed because the jury found the organization didn’t make a false statement about McNair.

“Contrary to the NCAA’s argument, the jury’s finding serves to render the need for declaratory relief more appropriate, not less,” McNair’s attorneys said in their brief.

They plan to seek a new trial on the defamation claim, according to the brief, after the declaratory relief issue is decided.