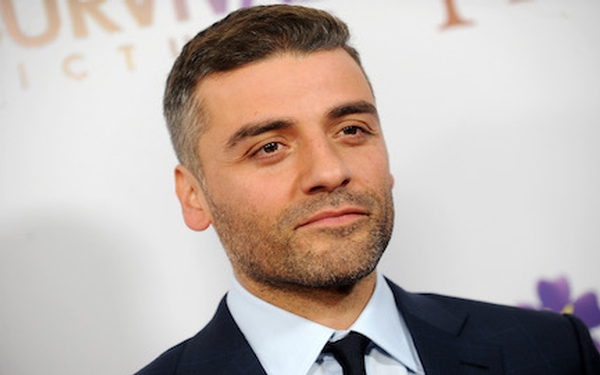 It’s hard to think of many actors working today who have more successfully evaded the trap of typecasting than Oscar Isaac.

Since breaking out as a curmudgeonly 1960s folksinger in 2013’s “Inside Llewyn Davis,” Isaac has been steadily filling the bingo card of Hollywood genres, from cerebral sci-fi (“Ex Machina”) to crime drama (“A Most Violent Year”), prestige TV limited series (HBO’s “Show Me a Hero”) to massive blockbusters like “X-Men: Apocalypse” and the “Star Wars” films, in which he plays fighter pilot Poe Dameron.

Born to a Guatemalan mother and a Cuban father, Isaac, at 39, has managed to disappear into a wide range of ethnicities and nationalities on screen. “The artist, in my mind, should be borderless,” he says.

In the historical thriller “Operation Finale,” in theaters Wednesday, Isaac plays Israeli Mossad agent Peter Malkin, who in 1960 helped lead a secret mission to find and capture former Nazi SS officer Adolf Eichmann (Ben Kingsley). True to unpredictable form, Isaac will follow this film with two very different projects soon to premiere at fall film festivals: the romantic drama “Life Itself” from “This Is Us” creator Dan Fogelman, and the Vincent Van Gogh biopic “At Eternity’s Gate,” in which he plays painter Paul Gauguin for director Julian Schnabel.

On break from shooting “Star Wars: Episode IX” in England, Isaac spoke to The Times by phone from New York about playing a Nazi hunter, ditching the standard career playbook, keeping “Star Wars” fresh and why he can’t get too worked up either way about the Academy of Motion Picture Arts and Sciences’ controversial new “popular film” category. This interview has been condensed and edited.

Q: What attracted you to “Operation Finale”? Were you familiar with the actual story of Eichmann’s capture before this project came along?

A: I wasn’t. I knew about Eichmann’s trial, but I didn’t know about the team of Mossad agents that entered Argentina and identified him, captured him and extracted him. It’s a hard-to-believe story. The coincidences that happened — if this was a fictional movie, people would say it was contrived.

(Director) Chris (Weitz) and I both really had similar ideas of where we wanted the story to go. We didn’t want it to have easy answers. We didn’t want it to be manipulative. The mission itself was so fraught with questions about responsibility, vengeance, justice, but also about accepting the horrible truth that the people who perpetrated this atrocity weren’t just insane psychopaths — they were actual human beings who had been led to hate so deeply out of some sort of sense of national unity or pride.

I got very excited particularly about those scenes with Peter Malkin and Adolf Eichmann. Malkin was a guy who would defuse bombs, and right in front of him was one of the most complex bombs of all time, which was Eichmann’s brain. As much as he wanted just to smash it to bits, he instead engaged and had a dialogue with him. In some ways the movie has the intimacy of a romance — a grotesque one but one nonetheless — where two people are baring themselves to one another. And that was just a fascinating stage to be on.

Q: The movie becomes a psychological chess match, as Malkin tries to persuade Eichmann to sign a document declaring he is willing to stand trial in Israel. How did that dynamic play out when you and Ben Kingsley were acting opposite one another?

A: It felt like it was a partnership. Surely when he came on the set there was a sacred silence that would just naturally occur. He was deeply focused and prepared. But once we started it was playing tennis with a pro. Every little thing would shift and evolve and we found a rhythm together and it was thrilling.

Q: This is the first feature you’ve come onboard as a producer. Is that something you’ve wanted to do for a while?

A: I wouldn’t say I was looking specifically to produce, but I was having more desire to shape the stories that I was being a part of. It just felt like a natural extension and formalization of what I’ve been doing really from the beginning, which is just having lots of opinions about stuff. (Laughs)

Q: With the rise of far-right nationalist movements in recent years and the extreme political polarization of the current climate, how do you think the story of “Operation Finale” resonates today?

A: We’re in Argentina making this movie in these period costumes and these old cars, and it feels like we’re making this historical movie. Then you turn on the news and Charlottesville is happening and you’ve got Nazi flags flying around and people “Sieg Heil”-ing and these home-grown fascist movements. So suddenly we feel like we’re making a movie that’s in response to what’s happening in the present day.

It’s staggering that this is happening again, that this kind of view is suddenly becoming a legitimate form of political thought or ideology, that it’s being embraced as just another point of view. It just feels like we’re creatures that can so easily forget where this kind of nationalistic demonizing of the other and creating enemies leads to.

Q: Over the years you’ve played an incredible range of different nationalities and ethnicities, from Egyptian to Greek to English to French to Mexican to Armenian to now Israeli. Early in your career, did you worry about typecasting?

A: Of course. I was from South Florida so the pool was much smaller when I was starting out at the time. Everyone looked a lot like me and talked like me, so what differentiated you? What got you an audition?

Often you were auditioning for the same type of role, which was very often a stereotype of what a Latin person was supposed to be. I’ve seen some changing and some shifting, and that’s good. But obviously there’s still a long way to go.

Q: You’re in the middle of shooting your third “Star Wars” film, “Episode IX.” At this point, do you still have that feeling of “oh, my God, I’m in a ‘Star Wars’ movie” or has it started to become a job?

A: I mean, it’s constantly both. It’s a job, it’s difficult, it’s challenging, but it’s also really fun and really cool. (“Episode IX” director) J.J. (Abrams) is such a wonderful, fun, incredibly intelligent guy to work with. It’s been a blast so far. Everyone’s excited and happy but also confident because we know who these people are. It feels like there’s even more trust with the characters and these scenes and the dialogue. There’s a wonderful looseness to the whole thing that I’m really liking.

Q: “The Last Jedi” was a huge hit, but it also proved divisive among die-hard “Star Wars” fans. Did that surprise you?

A: No, not really. I mean, isn’t that the point of movies? To say something and then people can talk about it and agree or disagree or like something or not like something? Someone says how they would want to do it instead and maybe that’s the inspiration for them to become a filmmaker or an actor. What’s the version that you would want to see? I think it can be actually inspirational in that way.

Q: The Motion Picture Academy recently created a new category of “outstanding achievement in popular film” that could potentially open up more possibilities for big blockbusters like “Star Wars.” There’s been a lot of criticism of the idea, but what’s your feeling?

A: I don’t really know what it is so much. It seems very vague and strange. But you know what? Awards are vague and strange, and the reasons why something gets one thing and not the other are already a total mystery. So, you know, it’s not like the integrity of awards are now at stake. (Laughs) I don’t really care, to be honest. If they want more ratings, OK, yeah, that seems like a strategy to get more ratings.

Q: You’ve said before that you don’t really have an overarching career strategy. But now, having been in both smaller-scale films and giant franchises like “X-Men” and “Star Wars,” have your criteria changed for what you want to do?

A: There still isn’t a big strategy, but now I have a family that I don’t want to be away from, so that definitely changes the criteria. It’s always been about what really excites me, but the threshold for what that is is probably much higher now.

The truth is, I’m actually looking to take a little bit of down time because I’ve been going nonstop for so long. There are things that come my way that are incredible and interesting and moving, but I also need to have space and time to be a normal human being as well. I guess that’s the career strategy: Take a little time off.