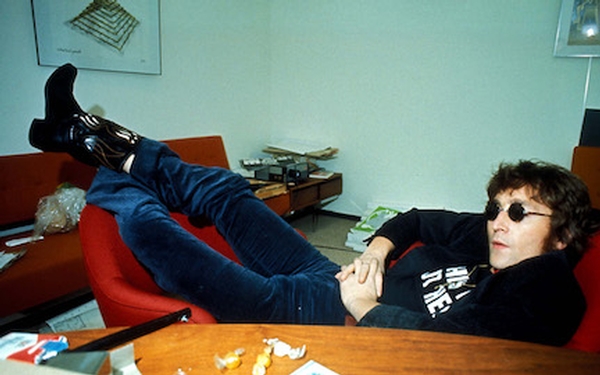 After the Beatles formally disbanded in 1970, John Lennon wowed critics with his inaugural post-Beatles solo album, “John Lennon/Plastic Ono Band.” But it took that album’s successor, “Imagine,” to capture the public’s affection in a major way with a more broadly accessible work that became the first of his three solo efforts to top Billboard’s national album sales chart, reaching No. 1 in October 1971.

In conjunction with the 78th anniversary of Lennon’s birth on Oct. 9, 1940, his widow, Yoko Ono, has overseen production of an immersive six-disc box set, “Imagine — The Ultimate Collection,” slated for Oct. 5 release and encompassing 140 tracks, a majority of them never officially released.

Among the highlights are a complete remix and a 5.1 surround sound mix of the original album designed to more strongly showcase Lennon’s vocals and overall provide audiences with what Abbey Road Studios’ lead mixing engineer on this project, Paul Hicks, describes as “a more modern listening experience.”

“We’re not doing anything clever with it,” Hicks said this week at Capitol Studios in Hollywood during a small-scale press preview of the set. “It’s like taking a blanket off the music.”

Ono supervised the wealth of demo recordings and alternate takes, including the recently unearthed first demo of the title track, which features just Lennon’s unadorned voice and piano, recorded at their estate in Tittenhurst, England, where they built a home studio.

That track is available now for those who pre-order the album at imaginejohnyoko.com.

The new edition of “Imagine,” which spent 45 weeks on the Billboard 200 album chart in 1971 and 1972 and yielded perhaps the most iconic single recording of his solo career, will be released in multiple formats. It’s also coming in a two-CD deluxe edition, a single CD remaster and a two-LP 180-gram audiophile vinyl version.

“It’s an extraordinary album in both emotional and musical range,” The Times’ pop music critic Robert Hilburn wrote in 1971, “adding even more to Lennon’s already enormous stature in pop music.”

Additionally, a 120-page book will accompany the recordings, and 320-page and 496-page expanded editions of the “Imagine” book will be published in October as well.

On the same day the album is reissued, restored versions of two related films Lennon and Ono made at the time, “Imagine” and “Gimme Some Truth,” are set for release on DVD, Blu-ray and in digital form, with plans also on the boards for a limited theatrical run for both. The music for those films also has been remixed in surround sound with Ono’s approval.

The box set, however, will take listeners on the deepest dive ever released of “Imagine,” offering early versions of all the album’s songs that illustrate their evolution toward the finished album, which Lennon and Ono co-produced with Phil Spector, who also had jointly produced the “Plastic Ono Band” album a year earlier, starting just weeks after Paul McCartney formalized the end of the Beatles with a press announcement in April 1970.

“Imagine” includes some of Lennon’s most sharply rendered social and political commentaries, including “Gimme Some Truth,” “I Don’t Wanna Be a Soldier Mama I Don’t Wanna Die” and “Crippled Inside,” as well as some of his most disarming love songs, “Oh My Love,” “Jealous Guy,” “How” and perhaps the most unabashedly joyful song he ever committed to tape, the album’s closing track, “Oh Yoko!”

Along with the original 10 tracks from “Imagine,” Hicks and his colleagues at Abbey Road also have created new mixes of singles that Lennon and Ono made during the same time period including “Power to the People,” “Happy Xmas (War Is Over)” as well as more obscure songs such as “Well … (Baby Please Don’t Go),” “God Save Us” and “Do the Oz.”

Further illustrating the components that went into “Imagine” are tracks referred to as “Elements Mixes” that break out the accompanying string parts on “Imagine” and “How?” Lennon’s solo vocals on “Oh My Love” and the piano, bass and drum parts with “Jealous Guy.”

Two Blu-ray discs provide high-resolution audio versions of both the stereo remix and the 5.1 surround mix for the album and the singles and extra tracks, plus various demo versions and outtakes something akin to last year’s “alternate mix” that producer Giles Martin created for the 50th anniversary deluxe reissue of the Beatles’ “Sgt. Pepper’s Lonely Hearts Club Band” album.

Musicians, record companies and recording engineers in the 1970s were starting to experiment releasing multi-channel recordings, a development acknowledged in the “Imagine” box set with a remastered version of the Quadrasonic four-channel mix created in 1971.

The second Blu-ray disc is subtitled “In The Studio and Deeper Listening” and contains high-resolution versions of the extended album takes, alternate versions plus a 29-minute audio tribute to Lennon and Ono recently created by their longtime friend and veteran radio show host Elliot Mintz.

“Yoko was very keen that these Ultimate Mixes should achieve three things: to be totally faithful and respectful to the originals, be generally sonically clearer overall and should increase the clarity of John’s vocals,” Hicks writes in the companion book.

“ ‘It’s about John,’” Hicks writes of his directive from Ono. “And she was right. His voice brings the biggest emotional impact to the album.”

The Times will delve more deeply into the “Imagine” remix project closer to the album’s release date.