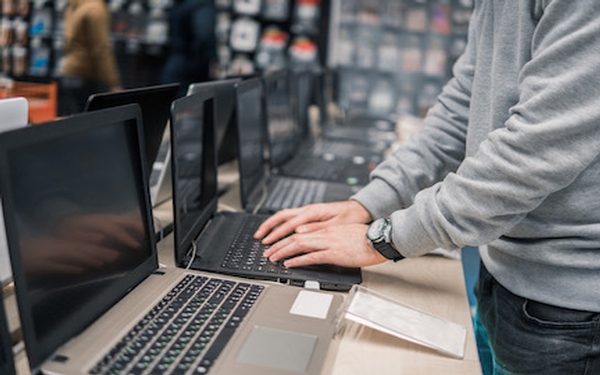 When it comes to computers, there’s a lot you need to know to make sure you’re getting a good deal. (Igor Kardasov/Dreamstime//TNS)

What’s a processor? How much RAM do I really need to write my term paper? Should I buy the extended warranty?

When it comes to computers, there’s a lot you need to know to make sure you’re getting a good deal. To help, we talked to computer experts about what to look for. Just remember that when it comes to technology, things change fast.

Ben Rodriguez, of IT Nachos, said he routinely fields questions from his customers about what kind of electronics they should get.

“They usually start with, ‘What should I get,’ and then that starts an entire conversation where I turn it back on them: ‘What do you need?’ “ Rodriguez said.

Most people don’t need much, though, Greenbaum said.

“If you’re not sure what you need, for the most part, anything you buy as long as it’s about the $350 mark for a desktop or $400 for a laptop, it’s probably going to meet your needs,” Greenbaum said.

Greenbaum offers that advice because, he said, “I just find people kind of glaze over on those specs.”

At any price range, it’s important to check out a laptop’s hard drive, processor and memory, or RAM.

For a basic user, Greenbaum said, he’d recommend looking for an Intel Core i3 processor, or the company’s more robust i5 and i7 processors.

Rodriguez opted for the i5 processor for a basic user looking for a laptop for $500 or less.

“Processors have gotten to the point to where almost anything is good enough for the general average user,” Rodriguez said.

Memory, or RAM, is huge, they both said. At that $500 price point, Rodriguez said to look for something with at least four — preferably eight or more — gigabytes of RAM. The more memory you have, the more programs you can run at once without having to load programs again and again.

Brian Hare, an associate teaching professor at the University of Missouri-Kansas City’s School of Computing and Engineering, said he would prioritize the memory, or RAM, and processor over the size of the hard drive.

You can also buy external hard drives if you have a massive trove of photos that won’t fit on your laptop.

Engineering students, graphic designers and gamers might need a little more get-up-and-go in their laptops, like more RAM, faster processing or an improved graphics capability. Those high-end machines can start around $1,000 and get as pricey as $7,000, Rodriguez said.

“In a high-end gaming PC laptop, you can replace the graphics card and start changing out motherboards and changing out memory,” Rodriguez said. “It starts becoming a lot more customizable and configurable to suit that higher-end need that you have.”

It’s a lot easier to upgrade parts of a desktop computer than it is to customize a laptop, Hare said.

“But of course, you can’t put a desktop machine in your backpack and take it with you,” he said.

For students in majors that require a lot of computing power, Hare and Greenbaum recommended talking to the school to see what they need. Hare said students might have to run particular software programs and need laptops to support those.

“If in doubt, check with the school,” Hare said.

Besides the computing power, Rodriguez recommended looking for USB, VGA, HDMI and any other ports you might need. Even though it’s less important than it used to be, he said having a CD drive is a good bonus.

GETTING A GOOD DEAL

When you’re looking for a good deal, it’s easy to be tempted by big promotions, but not all laptops are worth having.

Greenbaum’s first recommendation was to avoid refurbished laptops. Using a laptop for three years is the equivalent of driving a car 100,000 miles, he said.

“If you buy a 1-year-old computer, you’ve already lost a third of its life,” Greenbaum said.

The exception to that rule, he said, is Apple products because Apple refurbishes its own computers and issues them with a manufacturer’s warranty.

“As far as knowing and comparing system A to system B, to (know) which is going to be obsolete faster, it’s really hard for the average consumer,” Greenbaum said.

The pros split when it comes to buying an extended warranty. Greenbaum said he recommends them on laptops because there are parts, including the charging port and battery, that will wear out with normal use. He also recommends getting the laptop under a homeowner’s or renter’s insurance policy.

Hare, however, said most extended warranties and service plans “aren’t worth it.”

“If a company wasn’t making a profit on them, they wouldn’t be offering them,” he said.

Paying attention to the feel is important, too.

“Does it feel like it’s solid?” Rodriguez said. “Do the hinges look like they’re going to last a while, or do they look like, you know, a cheap plastic toy?”