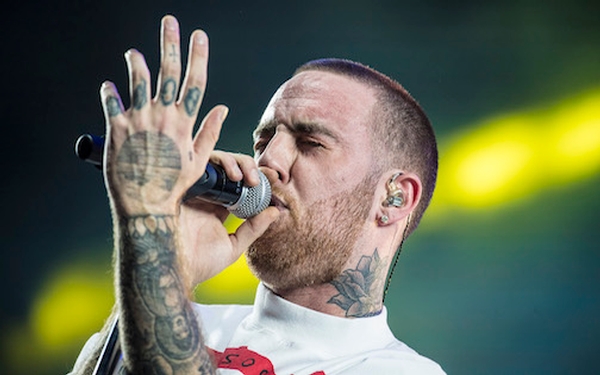 Mac Miller was undeniably a child of the internet.

As a teenager in the early 2000s, he went online to study the hip-hop stars working hundreds or thousands of miles from his home in Pittsburgh. Later, after he started rapping himself, he used YouTube and social media to build a following with little institutional support — a following robust enough that his debut album, 2011’s “Blue Slide Park,” became the first independently released project to top the Billboard 200 in more than 15 years.

Yet Miller, who died Friday at age 26 of an apparent drug overdose, also managed during his too-short career to do what the internet makes difficult: He evolved. His album “Swimming,” which came out just weeks before his death, showcased an artist still finding himself.

When he first appeared, Miller had the look and feel of a carefree party rapper; “Blue Slide Park,” named after a Pittsburgh playground, presented a sweet and fun-loving bro whose enjoyment of life was exceeded only by his enjoyment of the white privilege that enabled him to bypass many of the traditional steps to hip-hop success.

“We just storm in your house/ Open doors through a cloud,” he rapped over an oft-sampled late ‘60s saxophone lick in “Party on Fifth Ave.,” and if the blitheness of his approach failed to endear him to the genre’s intellectual elite, it quickly made him an avatar of the so-called frat-rap scene that also gave us Asher Roth and Sammy Adams.

A profile like that can be hard to dismantle in a digital environment where nothing disappears. Google Roth’s name today and one of the first results is still his willfully obnoxious “I Love College,” which came out nearly a decade ago.

Indeed, Miller had his own albatross: “Donald Trump,” a bratty and admiring — and platinum-selling — 2011 single that he found himself answering for years later after the real-estate magnate got into politics. (On YouTube, “Donald Trump” has about 150 million plays — considerably more than the 695,000 for a 2016 appearance on Comedy Central in which he described Trump as an “egomaniacal, attention-thirsty, psychopathic, power-hungry, delusional waste of skin and bones.”)

As sticky as the frat-rap label threatened to be, though, Miller by 2013 was somehow beginning to shake it.

His second album, “Watching Movies With the Sound Off,” revealed a guy with more in his head than just thoughts of beers and babes. His lyrics took on a kind of stoner-philosophical bent, while his music — much of which he produced himself (sometimes under the alias Larry Fish-erman) — reached toward jazz and R&B.

He also seemed to gain a clearer understanding of his place in the hip-hop ecosystem. In a documentary by the Fader, he described his growing awareness of the advantages of his whiteness — evidence of a social and emotional intelligence that developed further for 2015’s “GO:OD AM,” on which he rapped vividly about race and the struggle with addiction that began when he started spending much of his life on the road.

“The Divine Feminine,” released the next year, uncovered a new tenderness; it finishes with a touching monologue about the endurance of love by Miller’s grandmother. And sonically, the record felt a world away from his earliest stuff, with as much singing as rapping amid lush arrangements dotted with horns and strings.

Miller’s musical ripening took place in Los Angeles, where he moved after his debut took off — “Greatest decision of my life,” he once told an interviewer — and where he instituted what was often referred to as an open-door policy at his home studio.

The caliber of Angelenos who came rolling through over the years — from Flying Lotus to Kendrick Lamar to producer and film composer Jon Brion — speaks to how thoroughly he overcame his initial image; many were precisely the type of prestigious acts that seemed unlikely ever to cross paths with Miller back in the bad old frat-rap days.

Yet L.A. was also a place of heartache for Miller. He rapped frequently about the alienating effects of the celebrity-industrial complex, which he experienced up close when he took part in an MTV reality show and when he entered a romantic relationship with Ariana Grande. (The two met in 2013 when Miller contributed a playful guest verse to the pop singer’s hit “The Way.”)

In May, Grande announced they’d broken up; later that month, Miller was arrested after he crashed his car into a utility pole. For a while, things looked pretty bleak for the rapper.

Then he took one more leap in maturity for the remarkable “Swimming.” With contributions from soul and funk specialists including Thundercat, Dam-Funk and Dev Hynes, it uses sophisticated grooves to put across stories about searching for — and occasionally finding — stability after turmoil.

Few likely saw it coming. But that was Miller’s style.