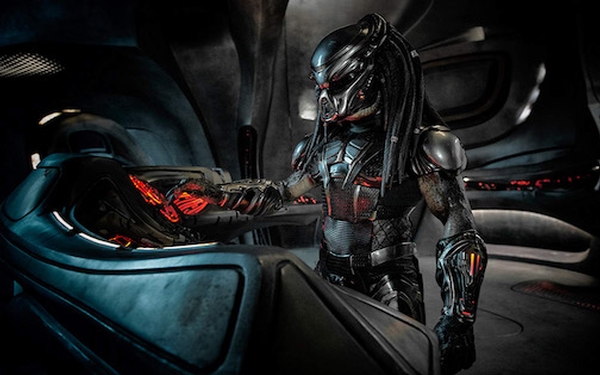 Steven Wilder Striegel is hardly the only actor who continued to work in Hollywood after registering as a sex offender.

A scene featuring Striegel in “The Predator” was recently cut from the film after it was revealed he’d been accused of trying to start a sexual relationship with a 14-year-old girl 10 years earlier. He pleaded guilty to a pair of felony counts stemming from that allegation in 2010.

His casting in “The Predator” has been at the center of controversy in recent days, with cast member Olivia Munn saying she pushed for Striegel’s scene to be removed after learning of his past, and that she felt isolated doing press apart from the rest of the cast in the aftermath.

Striegel has been cast in a number of other films since his guilty plea, including “Iron Man 3” in 2013 and “The Nice Guys” in 2016, which were both directed by Shane Black, who hired him for “Predator.”

Here are other sex offenders who continued to land gigs in the movie industry.

Jones, who played the principal in “Ferris Bueller’s Day Off,” was busted in 2002 for allegedly soliciting an underage boy to pose for explicit images. He pleaded no contest in 2003 and is currently listed as a sex offender in California.

He was later arrested in 2004 for failing to register as a sex offender in Florida, then again in 2010 for not updating his sex offender status.

That investigation also led authorities to search the home of Paul Reubens, the actor who played Pee-wee Herman, where they found images featuring children that they deemed explicit. Reubens’ team argued the images were part of the actor’s art collection, and he reached a settlement that involved him going on three years’ probation.

Reubens agreed to register as a sex offender for the duration of his probation. He’s appeared in a number of roles since, including appearances on “Reno 911!” in 2006 and “30 Rock” in 2007.

The filmmaker fled the United States in 1978, a day before he was due to be sentenced following his 1977 arrest for allegedly sexually assaulting a 13-year-old girl.

The Oscar winner is still a fugitive and has been living outside of the United States, primarily in France. Polanski, 85, has continued to put out movies in the decades after his arrest.

The horror film director was convicted in 1988 after he allegedly sexually abused a 12-year-old boy who was in one of his movies. He was accused of filming a sexual encounter with the minor.

Salva pleaded guilty to three charges stemming from his encounter with the minor, and he spent 15 months behind bars.

But he directed “Powder,” a 1995 film distributed by Disney’s Buena Vista Pictures, before directing each of the three “Jeepers Creepers” flicks. The first “Jeepers Creepers” premiered in 2001, with the sequels coming out in 2003 and 2017.

The actor spent 16 months behind bars for allegedly committing a lewd act against a minor.

He was convicted in 2004 and is still registered as a sex offender in California, yet Peck, 58, has continued to land acting roles, including the Disney kids’ show “The Suite Life of Zach and Cody” in 2006 and 2007 and on the Charlie Sheen-led “Anger Management” in 2013.

Murphy, who worked as a casting agent in Hollywood, registered as a sex offender in California in 2005 due to a 1996 conviction for allegedly molesting and kidnapping an 8-year-old boy, according to The Hollywood Reporter.

He worked on several films after registering, including the 2011 movie “Super 8.”

Murphy was arrested in December 2011 for allegedly working under the name Jason James without disclosing he was doing so in the sex offender registry.

Special Features
Digital theater is all the rage, but could it destroy the live stage?
206 views

Special Features
Intimate portraits piece together the puzzle of Natalie Wood, the person and mother
335 views

Special Features
Oscars 2020: Who will win and who should win
858 views