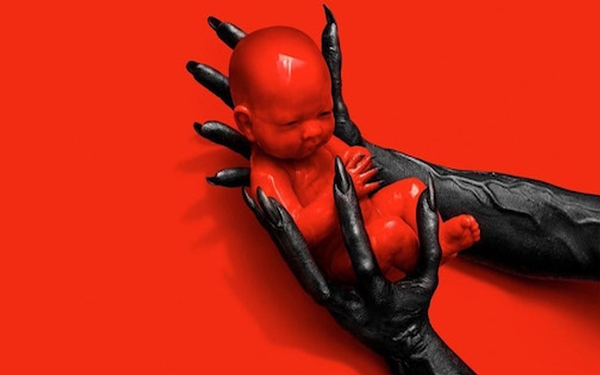 Here’s what we know about the latest installment in the “American Horror Story” franchise for the FX Network. “American Horror Story: Apocalypse” begins Wednesday and the cast includes Sarah Paulson, Evan Peters, Kathy Bates, Emma Roberts, Adina Porter and Billie Lourd. After that, the details become as thin as the atmosphere on the moon.

Executive producer Alexis Martin Woodall and the cast showed up at the TV Critics Association summer meetings to talk about the upcoming season. The term “talk” here means sidestep, avoid, defer, ignore and feign amnesia so as not to have to answer any questions.

This is a frustration for fans and writers who are looking for clues to the series that has taken horror from a freak show to a hotel to an asylum and even back in time. The cone of silence that has covered each year has worked in the past, and the surprises revealed when the anthological series aired has earned it 16 Primetime Emmy Awards wins.

Woodall finally overcomes her concerns that series creators Ryan Murphy and Brad Falchuk will find out she gave away the tiniest bit of information to say “American Horror Story: Apocalypse” “begins with the end of the world, and then our world begins.” She adds, “It starts in the real world. It’s very tangible. And it’s a familiar panic.”

That narrows it down to economic collapse, a zombie epidemic, plague, climate change, alien invasion, the rise-up of small animals, the Rapture, riots over Ben Affleck playing Batman or hundreds of other situations that could bring the world to a crashing stop. Paulson offers no clues other than to repeat that the season starts with the end of the world.

The pressing continues to get more details. It’s revealed that the eighth season will feature elements from the past offerings of “Coven” (third season) and “Murder House” (first season) and that Jessica Lange, who has appeared in four previous seasons, will be returning.

Mixing in elements from past seasons means Paulson’s character from “Coven,” Cordelia Foxx, is still the supreme. “Coven” was set in New Orleans in 2013 and followed a coven of Salem witches fighting for survival. Foxx, who ran the academy where the witches gathered, was always being overshadowed by her mother, Fiona Goode (Lange).

Paulson offers a few tidbits when she says, “She (Cordelia) is the supreme for now. At the beginning of our story, that is the title she still holds. I don’t know how long that’s going to last. And enjoyment is not possible at this particular juncture in this story. She’s not running around like her mother, snorting cocaine and throwing young witches up against the wall, though she may like to be doing that.”

The way the “American Horror Story” franchise has been put together is a handful of actors have appeared in multiple seasons playing completely different characters. Paulson, who has the distinction of having been in every season, loves the structure of the series and the opportunities it has given her as far as playing very different characters. In “American Horror Story: Freak Show,” she played a character with two heads.

“I think we are all aware that there’s a very unique reality to this world we get to live in and that we are all here again season after season playing different parts, sometimes reprising things, but every year you get to do something new and different with a group of actors that you admire and that you learn from,” she says. “I think there is a great sense of admiration and respect that everybody has for each other as well as we know we are getting to do something that’s a great deal of fun.

“So I think it’s always very cool when you see a character walk on the set for the first time in their costume.”

Emma Roberts has appeared in four seasons including the current one. She has jumped at the chance to come back to play different roles because she has so much fun working the same company of players. She stresses that while “American Horror Story” is known for its blood, violence, scares and creepy moments, there is really a lot of laughter on the set.

No matter how hard the cast and crew are pressed, they never reveal any big items about “American Horror Story: Apocalypse.” Woodall promises the secrecy will pay off once the episodes start to air.

“Really and truly, it’s that, as always, there is a specific mystery to the show that is better unfolded. It is an experience. And this season is a very different show for us as always, and it’s a great experience,” Woodall says.