A tour of the people who elected Trump in American Chaos 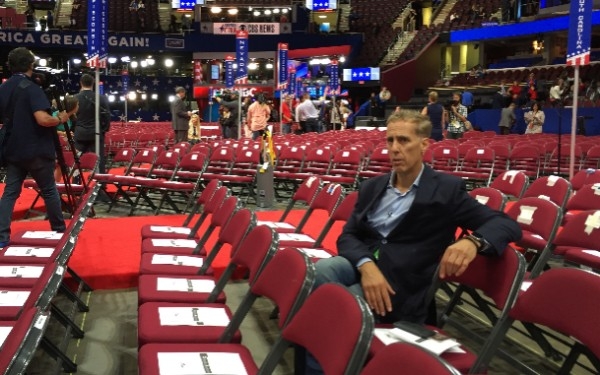 November 8, 2016 was a big day. The Presidential race between Hillary Clinton and Donald Trump would mark a turning point in American and world politics, and almost everyone was paying attention. In American Chaos, director James Stern argues that everyone was paying attention to the wrong things. While nominee Trump was blowing up the media with politically incorrect soundbites and scandals, people on the left side of the aisle made the mistake of denying how his messages reached certain groups of people across the country. To many Americans, the reality didn’t hit until the night of the election, but Stern suspected a little earlier that there had to be something he was missing.

From a young age, James Stern found himself admiring political figures. There was something unavoidably hopeful about men like Robert Kennedy who could inspire masses of people to not only be better, but to also work together to be better. Despite the often dirty side of politics, Stern found himself swept away by the romantic ideals of the American political system, and that’s why when Donald Trump secured the nomination for the Republican Party he realized that something different was happening. No matter which side of the aisle an American fell on, this was beyond romance and politics alike. Stern needed to get to the bottom of it.

American Chaos takes us across the United States to talk to the people who elected Donald Trump. Stern stands in front of the camera--a first for him in any of his documentaries--to have honest and non-judgemental conversations with former coal miners from West Virginia, Mensa members from New York, and ranchers who live on the Mexican border, to unearth the truths behind their support for Trump.

The answers span from warm, patriotic, and concerned to paranoid, manic, and misinformed. As he is no stranger to documentaries, directing successes like ...So Goes the Nation (2006) and Every Little Step (2008), Stern knows how to frame these testimonies in ways that grasp the weight of a decision like a Presidential election, while also highlighting the absurdity of it. Nothing like attending the Republican National Convention where a stadium of Trump supporters are chanting “Lock Her Up” to make you feel like an outsider.

What’s also incredible, and perhaps frustrating, is that when Stern intersperses footage of him with his New York or Californian friends watching the debates after he’s just had a very melancholic conversation with an entire town in West Virginia who is out of work, you realize the disparity of the American experience. You realize that it’s nearly unfathomable to compare lifestyles and the political choices that they lead you to. In some moments it makes Stern seem near-sighted, as it’s hard to know if he realizes that gap himself. Even after he's had these enlightening conversations, he still remains in a state of shock and disbelief that it could've gone this far.

This then comes to American Chaos’ biggest fault, which is its lack of timeliness and readiness to grow from what we've learned after Trump won. Now that we are almost two years past the election date, the reflection of how groups of people see themselves as members of society is essential to moving forward, and yet Stern spends too much time at the end of the documentary worrying about the outcome of the election, about what the world might be with Trump as President, rather than where we are as a country now that he is President. Two years is a bit too much time to exclude reflection and resolution on something we’ve all been living, and seems like a missed opportunity.

That being said, Stern earnestly engages with the people that many on the opposing side refused to even acknowledge, which is ultimately how we got to a Trump presidency in the first place; communities of Americans feel ignored and are pushed to follow a man that promises something better. Even if they can’t explain why they consider him an equal despite his billions of dollars, even if they consider him a successful business man despite his dozens of bankruptcies, even if they consider him a good man despite constant racist, sexist, and xenophobic remarks, Trump included them, and the fact that that was enough is the unnerving foundation of American Chaos.