Not a social media influencer? You can still get paid

The team at Wildfire includes several software engineers who worked with CEO Jordan Glazier at his last venture, Eventful. (Wildfire)

Don’t try to make money off my online behavior — unless, of course, I get a commission.

That’s the idea behind San Diego tech startup Wildfire Systems, which is launching an app to help internet users make money off of conversations they’re already having online. The local company, founded by a former eBay executive, lets users earn commissions from recommendations they share on the Internet, whether it’s on social media, by email, or through text messaging apps.

If, for example, a friend buys an Instant Pot after you raved about the pressure cooker on Instagram, then this startup’s software would let you get a cut of the sale.

The idea is particularly timely considering the public outcry against tech giants like Facebook, who’ve been lambasted in recent months for making money off their users’ activity and personal data.

Now, merchants are tripping over themselves to sign onto Wildfire’s platform, which already has 20,000 retailers on board, including giants like Expedia, Nordstrom’s, REI, and Walmart.

The quick adoption may have something to do with the startup’s CEO, Jordan Glazier, who founded Wildfire Systems last year. Glazier is best known locally for leading a San Diego company called Eventful, which gained some fame a few years ago as the first global events calendar online. He grew that company to more than 25 million users before selling it to CBS in 2014. Before that, he was an early employee at eBay, where he helped transform the company from a collectibles website to the e-commerce giant it is today.

Glazier’s new app, Wildlink, brings to mind the marketing tactics that bloggers and other folks of online fame use, in which they get kickbacks from brands for pitching products online.

In the industry, this is called “affiliate marketing,” and it’s a tool mostly used by people who have large followings on social media (collectively known as “influencers”). But it’s not so easy to make money this way. People have to sign up for individual affiliate marketing programs depending on the brand or retailer and then jump through hoops for each one before they can start earning cash.

Glazier says it shouldn’t be so hard to make money from your recommendations. And you shouldn’t have to be internet-famous to get paid when you directly encourage a sale, he says.

“You don’t have to be an influencer to have influence,” Glazier said.

Anyone can download the Wildlink app for free (available on Android, iOS, or as a software download for your computer). It runs in the background while you go about your business. Then, let’s say you post a picture of yourself on Facebook, and a friend replies, “I love your dress. Where did you buy it?” If you reply with a link to the dress on Nordstrom’s website, then Wildlink’s app will convert that URL to a trackable link. If your friend follows that link and eventually purchases the item, you get a commission that’s paid to a virtual wallet.

Once a month, you can cash out your Wildlink commissions to your PayPal account.

The company, which is working out of the Connect coworking space in University City, has built several ways to make this process seamless for the user. For example, once you download the app, its technology is built into your cell phone’s keyboard. The software can then guess when you’re typing a brand name, product, or service. Once you type out the word “REI,” for example, the software gives you an option to insert a link to REI directly from your keyboard.

Warning bells may be ringing for the privacy-conscious. Will Wildfire now be reading my text messages, emails, and social media posts? Glazier says no. The software runs on your device, and it’s only searching for brands that match with its database of merchants. And the user always has the option of generating a link or ignoring the software’s suggestion.

But Wildfire may have to deal with other concerns. For example, will a friend’s recommendation lose its power of influence if it’s known that they’re making a commission off the recommendation?

Miro Copic, a marketing professor at San Diego State University, says there’s a big transition going on in the influencer space in which fans want transparency from the influencers they follow about their economic incentives.. Fans and followers want those individuals to be transparent about the economic incentives they’re getting to pitch a product.

“The nuance here is disclosure,” Copic said. “Not that your friend won’t be your friend anymore, but they might question your motives if they find out you’re being compensated for your suggestions.”

Malcolm Bohm, CEO at a company called Liquid Grids in San Diego, has been working in a similar space for years. His company also uses natural language processing to understand what internet users are saying on health forums, and how it relates to brands.

Bohm says Wildfire could be onto something big, but it’s critical that they maintain transparency along the way

“At the grassroots level, this could be disruptive in terms of how brands get recommendations,” Bohm said. “As long as they maintain authenticity, it could be really positive.”

Glazier said Wildlink asks users to disclose this information themselves, notifying friends and family that they might be compensated for their recommendations.

“In our terms of service we require that people follow the guidelines, but it’s really up to them to do so,” Glazier said.

Wildfire has received $2 million in seed money, led by Santa Monica-based investor group Mucker Capital in 2017. The company plans to raise another round of financing this fall, and will use those funds to expand its marketing and business development team in San Diego.

Social Media
Why Trump can’t tell the difference between a Twitter war and a presidential campaign
1,657 views 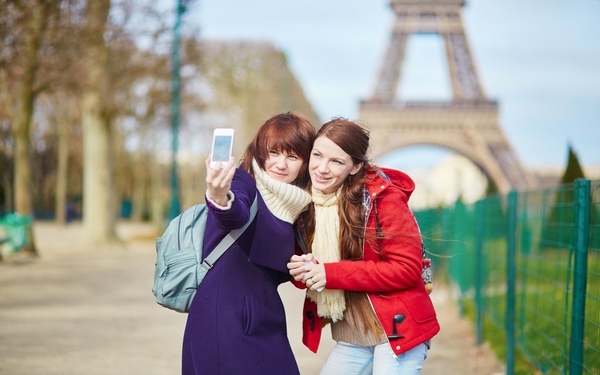 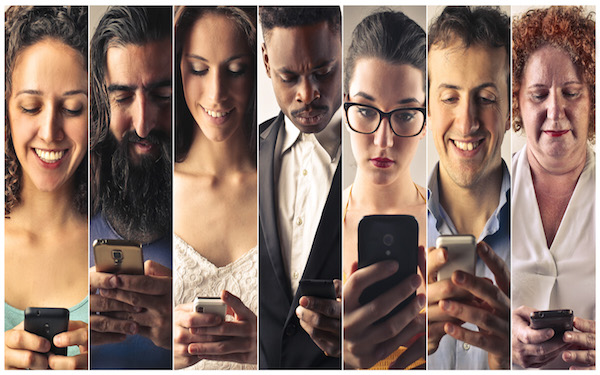