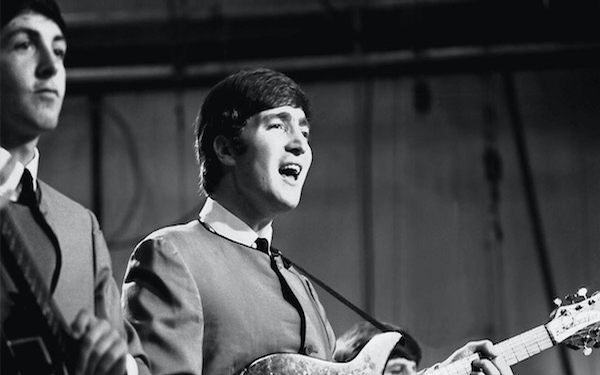 This time, it’s the Fab Four’s sprawling 1968 double album “The Beatles,” aka the White Album, that’s getting a sonic freshening up, to be accompanied in the seven-disc “super deluxe” box set by dozens of demo recordings and alternate takes of songs — more than 100 tracks in all — from what is the bestselling title of all the fabled quartet’s original studio releases.

It follows last year’s half-century anniversary edition of “Sgt. Pepper’s Lonely Hearts Club Band,” which was greeted by near universal acclaim for the updated stereo mix and accompanying surround sound version archival recordings that hadn’t seen the light of day.

The forthcoming 50th anniversary White Album, out Nov. 9, brings out even more alternate takes and unreleased material because the Beatles spent even more time working up the 30 songs that made the final cut for the groundbreaking album released on Nov. 22, 1968.

In fact, they piled up more than 100 takes of some songs, although not all were complete takes — sometimes they were false starts or quickly aborted attempts.

The overall goal of the new mix, according to producer Giles Martin and others associated with the project, is to give listeners something closer to what the Beatles heard in the studio than what was available 50 years ago.

“It’s a tricky thing to do,” Martin told The Times in his office at London’s celebrated Abbey Road Studio.

“There’s one side of a fence — which is actually more the Beatles’ side — that says, ‘Why should we be playing outtakes? They’re outtakes,’” said Martin, son of the Beatles’ original producer George Martin, who once again is overseeing the anniversary reissue with veteran Abbey Road Studio mix engineer Sam Okell.

“And there’s the other side (of fans and Beatles collectors) that says, ‘We want everything, and we want it now.’” Martin said. “I think my job, in a way, is to curate that, to balance that so that it’s all valid.”

Along with the new stereo and multi-channel mixes of the album, the box set will include a full disc of 27 “Esher Demos,” acoustic recordings of the White Album songs made at guitarist-songwriter George Harrison’s house in Esher, England, before the group formally started work on the album at Abbey Road Studio in London.

Many of those songs were written, or at least started, while the group had traveled to Rishikesh, India, to study Transcendental Meditation with Maharishi Mahesh Yogi early in 1968.

It was a typically fertile period for the Beatles — indeed, the result was the first double album of the band’s music. But it also was a time in which internal tensions were building following the death in 1967 of their manager, Brian Epstein, and for producer George Martin as the band members continued to exert greater control in the studio that had once been his exclusive domain.

Recording sessions often ran late in the night and the wee hours of the morning as the Beatles followed the 24/7 call of their muse rather than the regimented 9-to-5 schedule Martin and other Abbey Road personnel had long been accustomed to.

It was during recording of the White Album that drummer Ringo Starr quit the band for two weeks — although the news didn’t go public at the time — and then re-joined them.

Three more CDs contain 50 more recordings from the White Album sessions of such songs as “Back in the U.S.S.R.,” “While My Guitar Gently Weeps,” “Glass Onion,” “Birthday,” “Helter Skelter” and “Revolution.”

In addition, those discs touch on other songs the group worked on at the same time that were not part of that album, among them “Hey Jude,” “Let It Be,” “Lady Madonna,” “The Inner Light” and “Not Guilty,” the latter two being songs written by Harrison.

The box set includes a 164-page hardbound book that gathers reproductions of the color portraits of John Lennon, Paul McCartney, George Harrison and Ringo Starr, and the original album’s large fold-out poster with a photo collage on one side and the songs’ lyrics on the other.

Dozens of other archival photos will be accompanied by new introductions written by McCartney and Giles Martin and chapters detailing the recording sessions, with notes illuminating each song.

The box brings to light the group’s latter-day versions of songs they played during their early years covering their favorite American rock, R&B and country songs such as Elvis Presley’s “You’re So Square (Baby I Don’t Care),” “Blue Moon” and W.C. Handy’s “St. Louis Blues.”

The seventh disc is an audio-only Blu-ray disc with high-resolution files of the stereo and mono mix (the mono being a direct transfer of the original mono mix of the album) and DTS-HD Master Audio and Dolby True HD 5.1 surround sound mixes.

Referring to the deep trove of materials from which he and the Abbey Road team culled the selections for the 50th anniversary box set, Martin said, “It’s the gift that doesn’t stop giving.”