In ‘The Hate U Give,’ a Starr is born, thanks to Amandla Stenberg 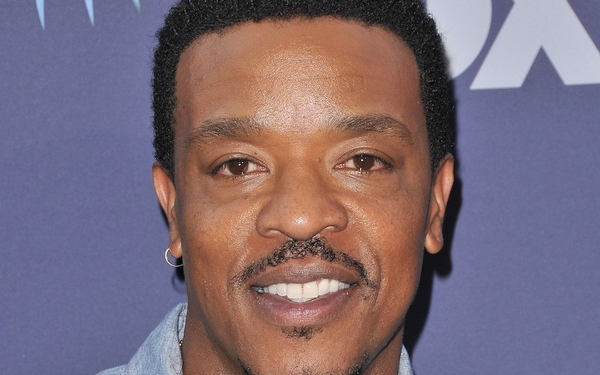 It’s seriously satisfying to watch a screen version of a young-adult best-seller that knows what it’s doing, and gets so much right.

Just as Angie Thomas’ debut novel “The Hate U Give” was good enough to transcend the conventional YA parameters, director George Tillman Jr.’s fully packed film version has the stuff to pull in all sorts of audiences. You never know how these things are going to translate, or sell, or if the timing’s right. I hope it is.

The movie works from a screenplay by Audrey Wells, who died earlier this month after a long bout with cancer. Restructuring Thomas’ story somewhat, and softening a few edges, the adaptation’s not perfect, and some of the thesis points sound like, well, thesis points.

But Tillman Jr. and his cast, led by an unerring, responsive performance from Amandla Stenberg, seize every opportunity to activate the drama, the relationships and the push-and-pull of the story’s racial and socioeconomic divides.

More than just a timely #BlackLivesMatter narrative, “The Hate U Give” uses its protagonist, a 16-year-old African-American girl named Starr Carter, to dig into a dozen different subjects. Starr is a shape-shifter and a code-switcher. By day she’s surrounded by rich, mostly white prep school kids, including her boyfriend Chris (KJ Apa of “Riverdale”) and her bourgeois friend Kayleigh (Sabrina Carpenter). The prep-school version of Starr is a ponytail, a smile and a near-total avoidance of any slang, or attitude, calling attention to itself as “ghetto.”

The rest of the time, she’s another girl, living in a mostly black neighborhood called Garden Heights. (The movie locates the action in Atlanta, and was filmed there.) Here Starr can be herself. But it’s a dangerous place in many ways, and she doesn’t see a reason to intertwine one world with the other. Starr’s ex-con father, Maverick (Russell Hornsby, terrific), gave “the talk” to Starr and her brother years ago about what to do and how to act when confronted by a white policeman. He now runs a convenience store. He’s reformed, but his past is everywhere. The Garden Heights drug lord (Anthony Mackie) threatening the populace is the man for whom former gang member Maverick did time. Regina Hall plays Lisa, Starr’s mother, protective but alert to her daughter’s challenges.

The spring-break party that opens the novel occurs much later in the movie, and it’s the linchpin scene. Starr, cautiously hiding underneath a hoodie, attends with her half-sister and reconnects with a childhood friend and sometime crush, Khalil (Algee Smith). The party turns deadly: Shots ring out, Khalil and Starr make a quick exit, and as Khalil drives Starr home, they’re pulled over by a patrol officer for a busted tail-light. Five minutes later, Khalil is bleeding to death from gunshot wounds. Starr is the sole witness.

“The Hate U Give” becomes the story of how one teenager must choose between keeping her head down, or holding it up and seeing everything, and then putting a voice to what she sees. The side characters don’t feel like side characters, because the book and the movie both take the time to make everybody interesting, with plausibly clashing points of view. Starr’s policeman uncle (Common, saddled with the least compelling dialogue) enters the story to offer a somewhat conflicted perspective on the killing, which becomes big news. Starr consents to an on-camera TV interview about what she saw that night. The city is about to blow, and the trial that brings “The Hate U Give” to a climax deliberately echoes so many trials in recent years, involving one more black male dead in the street.

At times in the film version, certain characters are silenced or backed down by the rhetorical force of Starr’s passionate reason, and you can’t buy every single one of those moments. It’s a heavily plotted piece, running a bit over two hours. But all of it feels necessary and vital. As with the recent Netflix feature “Mudbound” (on which Tillman Jr. served as a producer) there’s a stimulating quality of both real life and slightly mythic archetypes at play.

“If you don’t see my blackness, you don’t see me,” Starr says to boyfriend Chris at one point, after he tells her he doesn’t see anybody through the lens of race or ethnicity. The film’s title comes from Tupac Shakur’s concept of “THUG LIFE,” which stands for “The Hate U Give Little Infants (Messes Up) Everybody.” Violence begets violence, brutality breeds brutality. The movie is both honest and humane, as well as hopeful.

‘THE HATE U GIVE’