‘Bad Times at the El Royale’ lacks substance, but it’s beautiful to watch 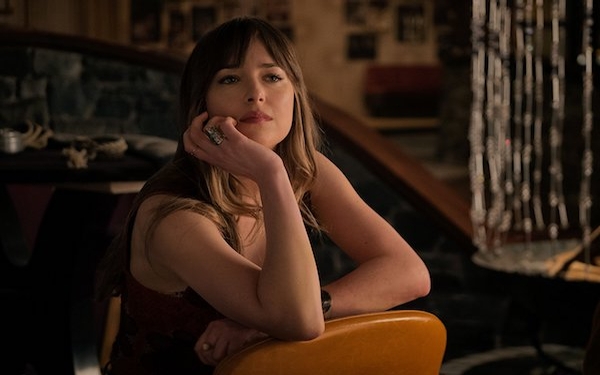 Even though “Bad Times at the El Royale” is only the second film he’s directed, writer and director Drew Goddard is already an auteur. He made his name as a TV writer on “Buffy the Vampire Slayer” and “Lost,” and wrote scripts for such films as “Cloverfield,” “World War Z” and “The Martian.” But with his 2012 directorial debut, the devilishly clever horror flick “The Cabin in the Woods,” Goddard proved what really makes him tick: the meta genre exercise. The contained hotel mystery “Bad Times at the El Royale” is another exercise in genre play. This time, it’s the retro crime thriller.

Set over one night in the late ’60s, a group of misfits check into the deserted El Royale hotel in Lake Tahoe, which straddles the border of California and Nevada, a state line running right down the middle. Priest Father Flynn (Jeff Bridges), singer Darlene Sweet (Cynthia Erivo), vacuum salesman Laramie Seymour Sullivan (Jon Hamm) and a grumpy young hippie (Dakota Johnson) retire to their rooms, where all their secrets come out to play. Money, murder and mayhem ensue, and the pulpy, twisty story and swinging ’60s style make “Bad Times at the El Royale” feel like an episode of “Mad Men” with a Tarantino twist.

With a dazzling array of stars playing shady characters with murky pasts, one character in the film truly stands out: the El Royale itself, a sparkling midcentury gem of a set production designer Martin Whist built in Vancouver. Unfortunately, there’s no booking rooms at the El Royale, but oh, how we wish we could, with its plush dining room, golden jukebox and many patterned wallpapers. The El Royale also sports quite a unique feature, a secret hallway behind the rooms lined with two-way mirrors, all the better to spy on the guests.

As our group of secretive travelers starts to discover the design quirk and realize they’re being watched, and can watch others, Goddard’s favorite theme manifests: voyeurism, and what it means to watch, unseen, the way movie audiences do. It’s about the construction of images, how images can reveal, conceal and toy with our perception. He splattered the idea across “Cabin in the Woods,” but here, it’s more like eavesdropping, though no less dangerous. Unaware viewers just might find themselves taking a face full of buckshot if they don’t know their place.

Although actors like Johnson, Hamm and Lewis Pullman as the neurotic concierge are endlessly watchable, “Bad Times” belongs to Erivo, and Bridges, her worthy scene partner. The Tony winner walks away with the film as the plucky Darlene, who uses her voice for survival, whether it’s to make a buck or cajole a murderous cult leader (Chris Hemsworth), who charges the hotel looking for one of his runaway girls (Cailee Spaeny). She has a speech cutting down masculinity’s grasping at power through sex that is so clear-headed and incisive about the state of the world we live in today that you’ll want to stand up and cheer.

Erivo brings the soul, and Bridges the heart, while Goddard is the brains of the operation, finding the pleasure in coloring within the lines of those very specific generic expectations and limitations. Every puzzle piece clicks together smoothly, and while there is joy in watching everything fit, the film feels like there’s something missing. It lacks true substance. It’s all aesthetics, no guts. But damn if the “Bad Times” aren’t beautiful to watch.

‘BAD TIMES AT THE EL ROYALE’