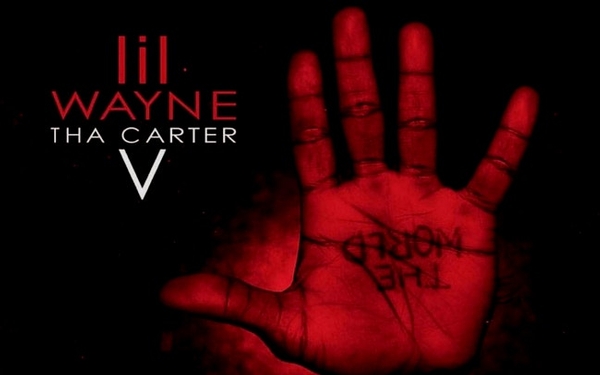 The role of Tha Carter series in Lil Wayne’s career is kind of like the “Mission: Impossible” franchise in Tom Cruise’s. Both performers are well past the point of being central figures in their respective fields but are still capable of commanding attention with the latest iteration of their signature brands.

In Wayne’s case, the New Orleans rapper is a full decade past his most-loved hit, “A Milli,” released in 2008 when calling himself “the greatest rapper alive” seemed more than just an idle boast. He’s spent most of this decade tied up in contractual woes, however. The release of “Tha Carter V” was first said to be imminent in 2014, and Wayne has spent the intervening years keeping his fans dissatisfied with subpar mixtapes.

It would be overstating the case to say that “V” finds the rapper born Dwayne Michael Carter Jr. back on top of his game. But the seriousness of assembling an event release has snapped Tunechi to attention. Sure, the 23-track, 80-minute enterprise is flabby and rarely flat-out brilliant, though the soulful and sexy “Dark Side of the Moon” (not the Pink Floyd song) collaboration with Nicki Minaj is a superb use of both of their talents, and the high-concept teaming with Kendrick Lamar on “Mona Lisa” showcases the verbal skills of both emcees.

“V” can’t maintain that level of inspiration, but the album, which begins with a spoken intro from Wayne’s mother, Jacida Carter (“I can’t wait till your album come out, because everybody asking about it”), is enlivened along the way by guest spots from Snoop Dogg and Ashanti, who sings on a track called “Start This S- Off Right” that, counterintuitively, is the 18th track on the album. “V” has begun to feel like a slog by that point, but it’s worth sticking around — or skipping ahead — to the end. The final track, “Let It All Work Out,” which features British pianist and singer Sampha, turns out to be a deeply personal, moving song in which Wayne admits that the incident in which he shot himself in the chest when he was 12 was not an accident, but a suicide attempt. — Dan DeLuca

Brockhampton promise so many things for music’s future it’s impossible to resist the hype. A 14-member hip-hop “boy band” of rappers, producers, and visual artists, they already boast Kevin Abstract, one of the most gripping gay voices in rap history. Without major-label support, they cranked out three increasingly impressive mixtapes last year. They’re proud of their boundless sonics, too: The constantly shifting new Iridescence bounces from drum’n’bass (“Weight”) to “Hey Jude”-style ballad climaxes (“San Marcos”). A live string section is in tow; Abstract claims the record was inspired by Radiohead’s era-defining Kid A.

But for all the goodwill, energy, spirit, and ideas bursting from “Iridescence,” the group’s allergy to hooks, editing or coherent reasons why one part segues to the next, thematically or musically, blocks the greatness they may well achieve one day. Merlyn Wood’s enraged turn on “J’ouvert” and Abstract’s confessional opening verse on “Weight” stand out, but this group continues to traffic in showstopping moments rather than memorable songs. — Dan Weiss

Up to now, Mandy Barnett has been best known for her work in country, including her expert conjuring of Patsy Cline’s torch and twang in a theatrical musical and her recording of vintage numbers with legendary producer Owen Bradley. For Strange Conversation, she left Nashville for Muscle Shoals, Ala., and an exciting new chapter that should generate even more acclaim.

The album vividly demonstrates how a masterful singer, joined by inspired accompanists, can bend a disparate collection of material — from Tom Waits to Neil Sedaka — into a singular, compelling vision all her own. Barnett veers from the swampy, seductive groove of Mable John’s “More Love” to the buoyant pop-soul of the Tams’ “It’s All Right,” from the sultry, horns-kissed Ted Hawkins title track to the gutbucket thump of Waits’ “Puttin’ on the Dog.”

John Hiatt duets with Barnett on the rinky-dink kitsch of Sonny and Cher’s “A Cowboy’s Work Is Never Done,” and the set ends with more twists and turns: A dreamy take on Sedaka’s pop ballad “My World Keeps Slipping Away” segues into the swaggering riffage of Lee Hazlewood’s “The Fool” and a raw gospel-blues take on Andre Williams’ “Put a Chain on It.” In other words, one thrill after another. — Nick Cristiano