Eleanor Friedberger finds the best version of herself 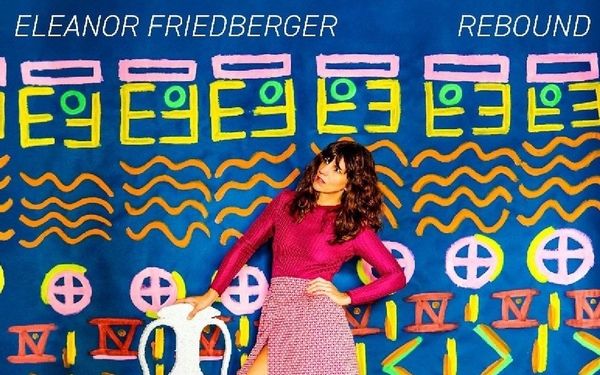 Eleanor Friedberger grew up in west suburban Oak Park, Ill., and now lives in upstate New York, but the heart of her latest album, “Rebound” (Frenchkiss), was shaped in Greece, her ancestral homeland.

In early 2017, the singer-songwriter spent a few weeks in Athens, where things didn’t go exactly as planned.

“At the end of 2016, I’d been traveling like crazy, but whether because of my personal situation or the (presidential) election, I had to keep going,” she says. “I had a loose plan in place. I had spent a lot of time in Greece the last 20 years, but only a few days in Athens. I’d always loved it there. I found someone there to give me Greek lessons, rented a cheap apartment and thought I would write the next album.”

Instead, Friedberger found herself drawn in by the city’s energy and nightlife. She connected with a band, played some shows and hung out at an after-hours club called Rebound. She didn’t write any songs but came home with some lasting impressions that not only filtered into her music but informed her life.

“I was thinking this is your best version of yourself in this place,” she says of Athens. “Not to sound morbid, but I could imagine that I could go there to die. I don’t feel that way about any other place, this kind of peace surrounding you.”

Before leaving for Athens she had bought a cheap Casio keyboard to shake up her songwriting after three solo albums, including a 2016 release, “New View,” steeped in pastoral folk-rock. Typically she’d write lyrics first and then figure out the music on guitar, but this time the music came first and the lyrics followed, post-Athens. The stakes felt a little higher than usual, the approach more personal and philosophical.

“I felt like I was living in a vacuum for a little while,” she says. “But after spending time in Greece, I was trying to write about important things to me. I don’t know if it was because I’m a little older, a little more mature, but it feels that way to me.”

Specific moments from the trip not only provided the album title but informed the songs. The music arrives with a light touch, a contemporary cousin of ’80s synth-pop, but the lyrics feel more vulnerable.

“I’m not a huge sharer in terms of social media,” Friedberger says. “I’m still pretty elusive. I mean, how many selfies can you take? But everything is fair game in terms of writing. I don’t ever feel it’s too much.”

Some big questions underlie many of the songs: Is that all there is? And if so, is that so bad? Or maybe we’ve just been looking in all the wrong places for fulfillment?

“Even though people are saying it’s a poppy album — synthesizers! — the songs for me are so sad,” she says. “I don’t feel in a sad place right now, but these are things you think about. ‘Everything’ is a song making fun of myself for not wanting to compromise in terms of a personal relationship. But the second verse is about a woman I know who is an actress going through that, and it’s feeling so much more weighty to me now. The songs are about trying to make connections to people and not feeling so isolated, and how hard it is to make those real connections.”

Friedberger started making albums with her brother, Matt, in Fiery Furnaces in 2003 and began a solo career eight years later. That personal arch has been on her mind as she travels across the country and plays the new songs for fans, some of whom have grown up with her music.

“The first Fiery Furnaces record came out 15 years ago, and I’ve been driving the same van we used back then,” she says. It finally gave out while chugging through the desert on the way to Phoenix with 246,000 miles on the odometer. “I wanted this tour to be the swan song of the van, get it around the country one more time before I retired it. But we needed to ditch it in the sand — 15 years is a good run.”

Friedberger laughs when she’s asked to envision her run for the next 15 years. “I don’t even know what I’m going to be doing in January,” she says. “I’m 42 years old and it’s crazy that I have that lack of planning and projection. But having that mindset of not knowing what’s next has probably allowed me to do this for so long.”

There’s at least one thing about which she has no doubt.

“This is what I was meant to do,” she says. “The Furnaces — what was I even doing? You try to put yourself in how you were thinking when you were 30. I wasn’t doing what I didn’t want to do, but this (her solo career) feels better. I think Matt wanted to do other stuff too. When you’re with someone else in a band you both have to make some compromises. But getting to do what I want to do, that obviously feels good and better, just growing as a songwriter, and wanting to do that more and more.

“I enjoy the process of writing and recording more than I ever have,” she says. “No matter what’s going on in the industry right now, it’s the writing, and feeling more clear about what I’m writing, that really motivates me to keep going.”