Border attempts to shake genre conventions, but gets lost in its own ambitions 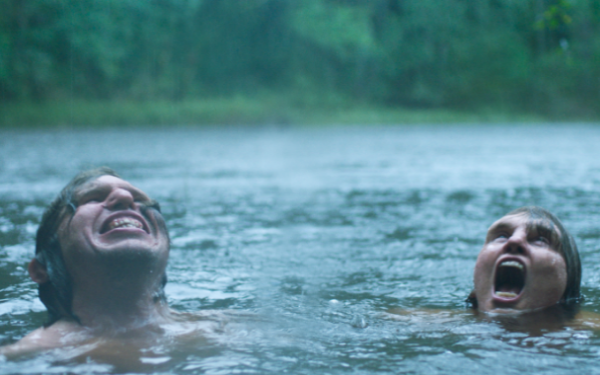 Vampires, fairies, zombies, and trolls--what we see as creatures of fantasy, Swedish author John Lindqvist sees as mirrors held to the darkest sides of our humanity. In 2008, his first novel Let the Right One In was turned into one of the most compelling and unconventional horror films that completely shifted what modern filmgoers expected from the horror genre. It was almost as if we didn’t realize how far tenderness and tragedy steeped into deeply haunting imagery could pull us into a story. The question then becomes how Lindqvist’s latest dark fairytale stands to the test. Does Border, based on his short story "Gräns", deliver a similarly satisfying genre-bending experience? Well, it was the first time maybe in my whole life where I considered walking out in the middle of a movie, but that may be exactly the kind of emotion writer-director Ali Abbasi (Shelley) wanted to stir in viewers. Whether or not that’s what you want from a movie-going experience is ultimately the question.

Abbasi introduces us to our unlikely hero, Tina (Eva Melander), a border patrol agent at a small ferry port town somewhere in Sweden. She may wear the same uniform as her fellow agents, but there’s something’s a bit different about her. The shape of her broad brow and her blunt row of stunted teeth seem to convey some sort of genetic predisposition that make passersby double-take just to make sure what they saw was real. And she is real, and she lives a relatively normal life in a wooded cabin with her aloof dog-trainer boyfriend. What’s a little less normal is that she possesses the extraordinary ability of sniffing out a person’s fear, rage, and guilt. This underplayed superpower makes her an invaluable resource as a border patrol agent, but also immediately separates her from others as something not quite natural.

The world that Abbasi builds for Tina is rooted in realism--a smart move seeing as the intimacies of the story take more wild and fantastic turns. The starkness of her rigid job is set against the lush forest where she goes home to every night, walking barefoot in the moss and luxuriously smelling the fresh air, framing the ordinary against the potential of magic.

It’s when the elements of Tina’s routine are shaken up that Abbasi starts poking the audience, as if to say, is this too much for you? The first is when she sniffs something nefarious on a seemingly slick businessman, ultimately unearthing a library of child pornography on his cellphone. She is then asked to the lead the investigation to uncover the source of the pornography, which is Abbasi attempting to show the depth of Tina’s moral character and responsibility, but something about watching our hero literally sniff out a crime is sometimes laughable and often boring. Ultimately, this major storyline becomes an unnecessary device trying to enrich Tina’s character when it could have been achieved in much simpler ways.

More importantly, however, is Vore (Eero Milonoff), a mysterious man who looks not unlike Tina herself, and whose scent confuses her. Vore is a representation of her natural self, a creature from the earth abiding by enough human rules and laws to go by undetected, but who sees in Tina a soul lost to those same rigid human expectations. Their story is not quite one of love, but of mentorship and exploration as Vore shows Tina what she’s been missing all the years that she’s acted a slave to the human world.

Many scenes between Tina and Vore, played exquisitely by Melander and Milonoff, are exhausting in ways that go beyond performance and storytelling. Capping in at a little less than two hours, Border could be a much more streamlined story about nature versus nurture, rather than relying on so many subplots. Abbasi aims to juggle many of Tina’s different backstories, attempting to relay how human she really is, such as having a father who deals with dementia and a boyfriend who takes advantage of her kindness, but in conjunction with everything Vore is throwing her way, Abbasi is left with too much to resolve and ultimately loses his footing on some of the big moments.

What Border delivers is something different, that is for certain. The questions that Vore stirs in Tina about nature versus nurture are beautiful and tough and often horrific, but ultimately Abbasi doesn’t see them through to the end. The unnerving sensation I had when I wanted to leave the theater wasn’t an aversion to themes I was uncomfortable with, for Border is all about discomfort; discomfort of not fitting in; the discomfort of atrocities always lurking where you least expect them; and even the discomfort of looking at the otherness of Tina’s face. It is simply that Border loses focus of its own darknesses and often loses us in the process.