‘Suspiria’ in the time of Trump: Luca Guadagnino warns, Look back into where we come from 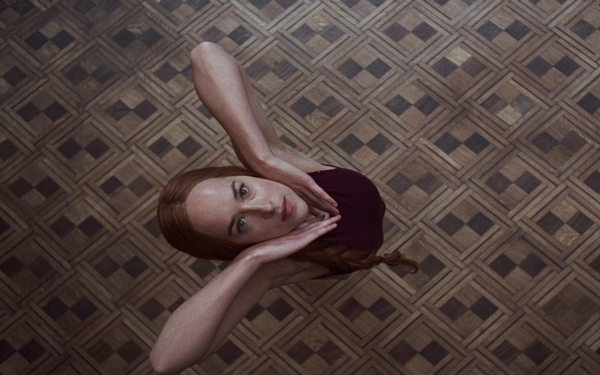 The morning of the Los Angeles premiere of his latest film, “Suspiria,” “Call Me by Your Name” director Luca Guadagnino pondered recent events as he contemplated how audiences will receive his deliciously divisive art-house horror film.

“Your President Trump yesterday said, ‘I am a nationalist,’ which makes me shiver a tingle of the uncanny,” said Guadagnino, momentarily somber during a breakfast conversation about his witchy new work.

Playing out within a divided Berlin as the cloud of Adolf Hitler’s legacy hangs over the violent clashes of the German Autumn, this remake of Dario Argento’s cult classic of the same name also has much more on its mind than meets the eye.

“Nationalists (are not only) the ones that we discuss in ‘Suspiria,’ but also and most importantly for America, there is a group of people that define themselves as nationalists: They’re white supremacists; they say they are ‘white nationalists,’” said the Italian filmmaker.

“And the semantics of the president of the United States are not erratic and casual; they’re really thought out. Someone who doesn’t know the history of this country may think, ‘He only said that he defends his own nation.’ But what he’s saying is sending a different message. Maybe watching this movie, someone will think, ‘Let’s have a look back into where we come from.’”

Guadagnino added a cautious coda. “I’m saying that not in a sort of agitprop antagonization of Mr. Trump. I do oppose his idea of the world, but truthfully I think he plays with history and manipulates what we know about ourselves.”

He quoted the central observer of his “Suspiria,” the elderly psychoanalyst Dr. Josef Klemperer: “We’re living in dangerous times.”

Borrowing from the narrative bones of the 1977 Argento original that seared its phantasmagoric horrors into his consciousness as a child, Guadagnino’s “Suspiria” connected with audiences in a major way over the weekend. Opening in one theater each in New York and Los Angeles, the Amazon Studios release scored the best per-screen average of the year to date and is set for a significant expansion Friday.

There she falls under the spell of company director Madame Blanc (Swinton), who is embroiled in internal schisms over the fate of the group and its mysterious namesake, while Klemperer (played by “actor” Lutz Ebersdorf — who, in turn, is played by Tilda Swinton) begins poking around, nagged by the claims of a missing dancer (Chloe Grace Moretz) that the place is run by a nefarious coven of witches.

Where Guadagnino’s “Suspiria” goes from there, scripted by his “A Bigger Splash” collaborator David Kajganich, involves more pointed provocations than those in Argento’s original.

“Dario’s movie was a sort of self-contained box of fleshy delicacies, which was not in relationship with the moment it was made,” said Guadagnino. “It was too much of an opportunity for me and David to actually say, ‘It’s 1977 — deal with it, let’s make it the center of the story.’”

He turned to “Suspiria” star Johnson, sipping ginger tea to his left, and cracked a conspiratorial smile.

“I don’t take it lightly, the fact that we got away with murder. A two-and-a-half-hour movie that is truly its own thing, that utilizes the codes of horror movies in an individual way — hopefully successfully,” he said.

The key to launching his remake, Guadagnino says, was getting his leads in place. According to Swinton, Guadagnino’s muse in 2009’s “I Am Love” and 2015’s “A Bigger Splash,” the pair had been talking about their shared love for Argento’s “Suspiria” for 25 years before joining forces to remake it.

“He was the first person I ever met with whom I could properly share my inarticulate hots for Dario Argento’s film,” Swinton said via email. “We were both smitten from the first by the pure nutty sensationalism of it, the graphic beauty and savagery of its violence, the wild trippy vortex of its world … It was the first of all our shared fantasies. Every other started here. It’s a wonderful feeling to know we have scaled this one at long last.”

While directing Johnson opposite Swinton in “A Bigger Splash,” Guadagnino recalls, he had a revelation: The “Fifty Shades of Grey” star was his perfect Susie Bannion. He approached her during filming with the role; preparing for “Suspiria,” Johnson says, “began the moment we spoke about it.”

She dove into Argento’s oeuvre, Sigmund Freud’s “The Uncanny,” and the films of Rainer Werner Fassbinder, another heavy influence on the look and feel of “Suspiria.” She readied herself physically to play the gifted but classically untrained Susie by training for more than a year and in her spare time during filming on her Universal bondage sequel “Fifty Shades Freed” — before the “Suspiria” shoot commenced in the remote mountain town of Varese, Italy, in a long-abandoned former grand hotel.

Mia Goth (“Nymphomaniac,” “A Cure for Wellness”) plays Sara, a fellow dancer who welcomes Susie into the fold only to cultivate her own suspicions about the company’s secrets.

“I had no dance training at all — I had no idea what was about to happen — and I remember that first week, everybody was just broken by the end of it,” Goth said and smiled. She joined the ensemble of mostly professional dancers by diving into a crash course of movement training, spending six to seven days a week in the studio, for the long and demanding shoot. “But your body starts to have breakthroughs. You start to move differently. You just adapt.”

In rehearsing and immersing herself in intensive dance conditioning and studying artists like Pina Bausch and Mary Wigman, whose imprints are evident in “Suspiria” choreographer Damien Jalet’s ferociously primal dances, Johnson grounded Susie’s physical and sensual awakening in the catharsis of finding community among the independent women with whom she dances.

“Susie has just discovered strong women who feel the way she feels, and women who behave as their own human, and women who have their own agency and autonomy,” Johnson said. “That’s something she’s discovering as the movie goes on … and then it becomes something a bit deeper.”

Together with Swinton, she strikes an electric chemistry as the Markos Company’s doyenne and star pupil, whose deepening connection drives toward an ultimate goal: the performance of the company’s mesmerizing magnum opus “Volk,” a dance that taps into a power so transcendent it wreaks magical destructive violence in a scene so gory it’s already gained notoriety with genre fans.

Given the time and place in which “Suspiria” is set, Blanc’s form of dance, Swinton says, is itself an act of survival and resistance.

“Women in Germany under Hitler were considered breeders for good Aryan stock: The Nazis decreed that dance must be the exclusive province of fetishized female beauty and the cheerfulness of a devotion to the Third Reich — above all, never intellectual,” said Swinton. “For Blanc, this rings a deep bell of resistance and outrage. She tells Susie, ‘There are two things dance can never be again: beautiful and cheerful … we must break the nose of every beautiful thing.’”

Of her portrayal of additional characters beyond Blanc, Swinton prefers to say little.

“There is a very particular thread that connects Madame Blanc, Madame Markos and Josef Klemperer which we always intended we would leave oblique but detectable,” she said. “As is well-known, I play Blanc, Dr. Klemperer is played by Lutz Ebersdorf, who brings us a new face, having never appeared on film before — and Madame Markos is uncredited.”

Guadagnino, at least, will admit to the trick. “There were three elements in the narrative of the movie in terms of character that could be the three aspects of the human psyche in the terms of Freudian psychoanalysis: The id, the ego and the superego,” he said. “I found it amusing that to do that, only one person could have pulled it off completely — and it was Tilda.”

The fact that Swinton, in her triple roles, plays the only prominent male lead in an ensemble dominated by complex female characters only underscores the film’s femme-driven power.

“I think witches are magnificent creatures,” said Guadagnino. “The problem is that historically a witch was somebody who was persecuted because of her independence. When a woman was not responding to the law of the church and the father, and was trying to have her own independent spirit and maybe sharing that spirit with other women, that was a witch; that was somebody to be killed.”

Entering theaters in a time of heightened political conflict in America and across the globe, are there lessons for viewers to glean from this socially conscious take on “Suspiria”?

“I would say every movie that is made is resonant through time but speaks for the time in which it is made,” Guadagnino mused carefully. “I think that if someone watching the movie understands that we are the product of history, that we cannot deny history … and if we don’t understand that what happens before us is part of what we can decide to be in the future, I think I will be happy.”

Swinton considered the same question. “Those fascists — they really get those witches going,” she wrote.

“If we recognize any similarities in our current societal climate, we might do well to understand in what specific ways the historical knee bones are connected to the thigh bones, etc., etc. … the cultural amnesia that has been in vogue in the West for so long is due a re-think. Reflecting on history holds vital keys — as it always has — for understanding how we might go forward.”

“Nationalism is a dangerous game in the current climate that only willfully ignorant and bombastic self-servers deal in,” she said. “Even (Joseph) Goebbels could have told us that.”