Kiss announce End of the Road World Tour, with front-row seats priced at $1,000 each 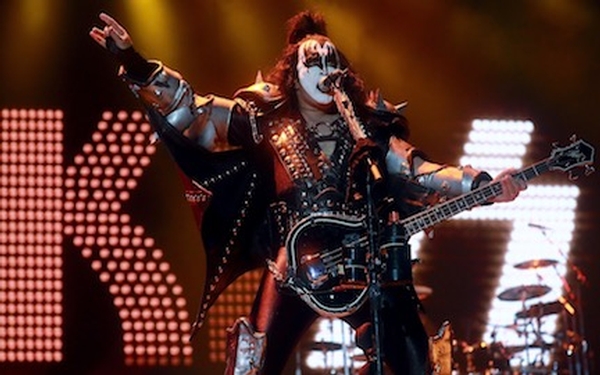 Kiss will go out with an extended bang, starting in January, when the hard-rocking, pyro-heavy band kicks off its second farewell tour of this century.

Billed as both the End of the Road World Tour and The Final Tour Ever, the first leg of Kiss’ upcoming world tour will cover much of North America but skip Mexico, at least for now. It’s set to begin Jan. 31 at Vancouver’s Rogers Arena and conclude April 13 in Alabama at the Birmingham-Jefferson Convention Complex. All initial concert dates and cities, which were announced Monday morning, appear below.

Kiss bassist-singer Gene Simmons recently told a Swedish interviewer that the tour will stretch over three years and stop on “all continents.”

The California portion of the band’s 2019 tour leg is scheduled to open with a Feb. 7 show at San Diego State University’s Viejas Arena. This will be followed by dates at Fresno’s Save Mart Center (Feb. 8), Sacramento’s Golden 1 Center (Feb. 9), Anaheim’s Honda Center (Feb. 12) and the Forum in Los Angeles (Feb. 16). Ticket information for all of the tour dates announced thus far appears below.

Fans should expect to pay big bucks for the best seats for the tour. Ticket prices for the Los Angeles show range from $320 to $1,000.

The top ticket price for Kiss’ other California dates are as follows: $997 in Fresno; $996.44 in Sacramento; $996 in Anaheim and $1,000 in San Diego. The $1,000 price for each front-row ticket also applies to the band’s farewell tour shows in Dallas, Chicago, Detroit and some other major cities.

This may well be a record for tickets for any tour by any rock act.

Beyond potential record-setting top ticket prices for an arena concert, the big question for longtime fans is a simple one.

Namely, is this really the final Kiss-off? Or will another reunion tour follow sometime in the next decade by the band, which was inducted into the Rock and Roll Hall of Fame in 2012?

Criss left the band in 1980, followed by Frehley in 1982. Their roles has subsequently been filled by a number of other musicians employed by Simmons and Stanley.

In a 2000 San Diego Union-Tribune interview to preview Kiss’ farewell tour, Stanley explained: “It’s out of respect for Kiss, and our fans, that we have to stop. I’m a big believer that it’s better to leave early than stay too late, and to quit while you’re still on top.”

But more tours followed that farewell tour by Kiss, minus Criss and Frehley.

In a 2009 Union-Tribune interview, Stanley was asked to reconcile Kiss’ decision to keep touring with a revamped lineup, rather than — as he had previously vowed — quit while the band was still on top.

“Um, when I said that, I certainly believed it wholeheartedly,” he replied at the time.

“But what I found as I was doing the farewell tour is that I didn’t want to stop, I just wanted to stop playing with a couple of the guys. The reason it was a ‘farewell’ tour is that it was unbearable to play with some of the guys. I realized that to stop the band (for that reason) didn’t make any sense.”

By his next Union-Tribune interview in 2012, Stanley was altogether past his “quit while you’re still on top” philosophy.

In a previously unpublished segment of that interview, he said: “I’ve always been of the mind that when a performer, or musician, or entertainer, has provided people with so much joy and entertainment in their lives, it ultimately doesn’t fall on the audience to decide when or whether that person should quit or not, (or) whether they are any good.

“In other words, an artist’s or performer’s right is to continue doing what they love — and the audience’s right is to stop coming (to shows). So I believe a creative person, in any field, should continue until they feel they have nothing left to offer, not necessarily to the audience, but to offer to themselves. You can’t do anything valid, unless you first satisfy yourself. The rest is a bonus.”

So why embark on a farewell tour next year?

Kiss did not address the impetus for its decision in the Monday morning statement announcing the End of the Road World Tour.

The statement reads: “All that we have built and all that we have conquered over the past four decades could never have happened without the millions of people worldwide who’ve filled clubs, arenas and stadiums over those years.

“This will be the ultimate celebration for those who’ve seen us and a last chance for those who haven’t. Kiss Army, we’re saying goodbye on our final tour with our biggest show yet and we’ll go out the same way we came in … Unapologetic and Unstoppable.”

Will Frehley or Criss be invited back by Stanley and Simmons to perform at any of the Kiss farewell tour shows? That remains to be seen.

End of the Road World Tour tickets for the general public are scheduled to go on sale Friday at 10 a.m. local time at ticketmaster.com and livenation.com, and via phone at (800) 745-3000.

At least three so-called Kiss Meet & Greet VIP Experiences will be available, beginning at 10 a.m. Tuesday local time, while Kiss Army fan club pre-sales are set to begin Wednesday at 10 a.m. local time, both via kissonline.com. A pre-sale for Citi card members is set to run from noon to 10 p.m. local time Thursday.

Prices for the VIP packages have not yet been disclosed, but it’s expected they might top the $1,000 front-row ticket price.

The “very limited” Ultimate Kiss Army Experience package includes: a private backstage meet-and-greet and photo opportunity with the band and the opportunity to “(w)atch the whole show from the pit (no fans have ever had access to the pit).”

It also includes a “backstage tour with your personal Kiss Concierge including access to areas that only the band and limited members of the crew can visit; beginning by “stepping foot on the holy ground that is the Kiss stage.”

Those purchasing the package can can also “sit on” Eric Singer’s “drum stool at his drum kit” and “stand at Paul, Gene and Tommy (Thayer’s) microphones.”

They can also visit the band’s wardrobe, “where you can see the band’s outfits up close and try on the real Kiss boots.

“Along the way we’ll visit all areas of the Kiss production and you’ll meet many members of the crew that keeps the Kiss machine going strong,” the announcement said.

Purchasers also get a host of other perks, including access to the “VIP Bar with wine, beer and the Kiss ‘End of the Road’ Signature Cocktail’” and “Lifetime Membership for the Official Kiss Army Fan Club,” which may be of less value once the band’s farewell tour concludes.