L.A. Film Festival to shut down after 18 years 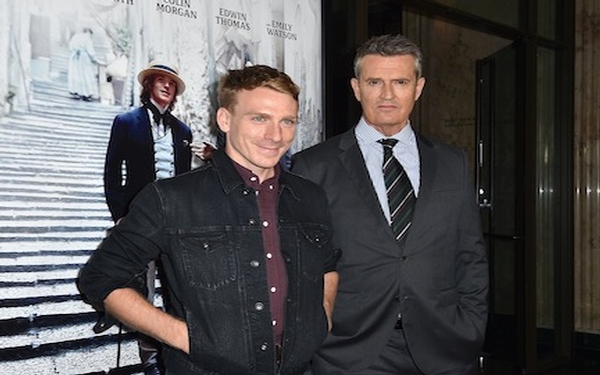 Rupert Everett and Edwin Thomas attend the L.A. Film Festival Gala Screening of "The Happy Prince" on Sept. 25, 2018 at The Wallis.

Film Independent has announced that it will discontinue the L.A. Film Festival after 18 years. Instead, the L.A.-based arts organization will shift resources onto more year-round events, including several that traditionally occurred during the festival.

The surprise announcement landed by way of a press release on Wednesday, a little over a month after the completion of this year’s festival. That event, which concluded Sept. 28, was the first to occupy a fall calendar slot after a longtime home in the summer. The shift put the event into more direct competition with other festivals in an already crowded fall space, including the established AFI Fest in Los Angeles.

The calendar move only underlined for many in the film community how the LAFF had long struggled to establish a clear identity and its difficulty with finding the treasured mix of splashy premieres, glamorous celebrities and the discovery of fresh, unknown talent.

“While we are very proud of what we’ve accomplished with the L.A. Film Festival over the past 18 years, the truth is that it has struggled to thrive, and the time has come for us to try something new,” said Josh Welsh, president of Film Independent, in a statement. “We remain committed to serving filmmakers and film audiences across Los Angeles.”

“We took a hard look at the healthy growth of Film Independent’s year-round programs and events … . In the end, we concluded that the organization should explore a more nimble, sustainable form of exhibiting and celebrating independent film artists year round,” said Mary Sweeney, chair of the Film Independent board of directors, in a statement.

Three full-time staff positions were eliminated along with discontinuing the festival. Film Independent declined a request for additional comment.

The festival’s struggle to establish a firm identity was mirrored over the years by its lack of a clear central location, as it moved from West Hollywood to Westwood and then to Downtown. For the past two years, the festival’s hub was in Culver City, with additional events in Hollywood and Santa Monica.

The festival also had an ongoing turnover in leadership. Film producer Rebecca Yeldham was festival director from 2009 to 2012. Producer Stephanie Allain took over the position in 2012 until she was succeeded by Jennifer Cochis in 2016.

Despite the loss of a festival that bears the city’s name, Film Independent will continue to actively program events for the Los Angeles film scene and plans to announce a number of new initiatives in the coming months. Among those that are continuing are the VR and immersive storytelling showcase known as The Portal, an ongoing event around inclusion in the film financing program known as Fast Track, and an initiative for high school students known as Future Filmmakers.