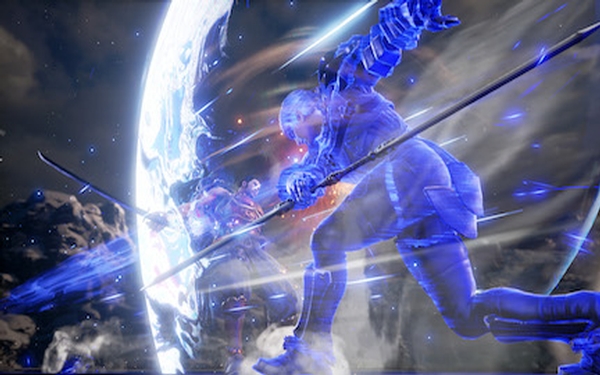 The “Soulcalibur” franchise is staring into the abyss.

According to an interview in DualShockers, producer Motohiro Okubo said the sixth chapter could be the final one if it craters financially. A poor job could turn off fans and that would mean the series exits the stage of history. A fantastic effort would breath new life into a franchise that has had a long gap between sequels. The previous game was released in 2012.

Thankfully for players, “Soulcalibur VI” is a worthy reboot, one that gets away from the complex combat system and moves to simplify the game to its essence. Like boxing, the weapons-based fighting game is about hitting your opponent without being hit.

In “Soulcalibur VI,” the developer, Project Soul, offers several ways for players to defend themselves. It has the eight-way run system that allows players to move around the ring to dodge an attack. If they end up cornered, they can guard and if they’re pressured even more, they can pull off a guard impact, which acts as a parry.

A new addition is the reversal edge that blocks all attacks save for a break attack. If players hold the stance long enough, they can execute an unblockable attack that initiates a rock-scissors-paper-type minigame. Time slows down and each player executes an action with vertical slashes beating horizontal swipes and kicks beating vertical attacks. There’s even an option to sidestep and block thrown in the mix.

Although it might seem that reversal edges disrupt the flow of the match, it actually does the opposite. It opens up the fighting to mind games, where players can anticipate another move or be conservative and guard. It’s a touch that tries to evolve the franchise in a way that’s accessible to newcomers.

On the offensive side, the concepts of horizontal and vertical slashes remain the same. Horizontal attacks are often fast and prevent players from stepping. Vertical swings are more powerful but can be dodged with sidesteps. Break attacks can disrupt guards and reversal edge moves while throws punish those who constantly block.

The Critical Gauge meter plays an important role with the Soul Charge and Critical Edge moves. As the gauge fills up over a match, players can activate these skills that give them an advantage in battle. Soul Charge activates a character’s special ability that powers them up for a short time and unlocks new moves. Critical Edge is a comeback mechanic that allows players to get back in the game if they’re being beaten to a pulp.

Combine these elements and Project Soul has created a fighting game that hits the right balance of skill-based gameplay that will make veterans happy while being easy enough to learn for newcomers. It’s a reboot that works in the same way “Street Fighter IV” did.

With the addition of a fleshed out and role-playing game like Libra of Souls Mode, “Soulcalibur VI” has plenty to like. It’s a chapter that measures up with the best of the series.

If this is indeed the last “Soulcalibur,” at least the franchise is going out on a high note.

A SUCCESSOR TO NARUTO: With end of “Naruto,” fans searching for the next big anime should look no further than “My Hero Academia.” Instead of ninjas, the series takes place in a world of superheroes and villains.

Focused on Izuku Midoriya, the series follows the young student who inherits a powerful ability called All for One from the No. 1 hero All Might. “My Hero Academia” follows his growth as he strives to be like his mentor.

Like any popular anime series, the show inevitably spawns a few video games. “My Hero: One’s Justice” is one of the first efforts, and of course, it’s a fighting game. Unlike “Soulcalibur,” “One’s Justice” isn’t as polished as the longtime franchise. The new game is also more wide open with freer movement and simpler combos.

The most interesting thing about it is that players can choose a partner character who can jump in and help out during a one-on-one match. Unfortunately, they can’t switch to their sidekicks in a bout, which limits the game’s depth. On the positive side, each character is distinct and faithful to the source material.

Shoto Todoroki has the ability, also known as a quirk in the series, called half-cold half-hot. It lets him control fire and ice. In combat, players can freeze foes before blasting them with flames. Ochaco Uraraka is slower with her ability to manipulate the gravity of objects, but once she makes contact with her power, she can make rivals float in the air, opening them up for attacks.

For fans of “My Hero Academia,” ‘One’s Justice” will hit the right spot, though it lags behind the action of the anime, but for fighting game veterans, it can leave a lot to be desired.

Reviews
‘Call of Duty: Modern Warfare’ succeeds by going back to basics
1,027 views

Reviews
‘Fire Emblem: Three Houses’ is Nintendo at its most flirtatious
2,610 views