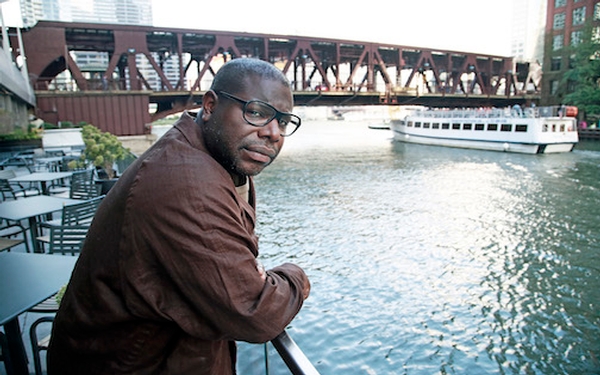 Filmmakers are wrapping up 2018 with a push for Oscar nominations and box-office bonanzas. Here are nine films to put on your holiday wish list.

This mob thriller gives “girl power” a whole new meaning. The titular characters have been stuck with a debt left by their now-deceased criminal husbands, a bill these gals have no intention of paying. The don’t-mess-with-us cast includes Viola Davis, Michelle Rodriguez and Elizabeth Debicki. The men they’re playing opposite are none too shabby, either: Liam Neeson, Robert Duvall and Colin Farrell among them. The story comes from “Gone Girl” author Gillian Flynn, while Steve McQueen (“12 Years a Slave”) directs. Opens Friday.

This true story about a working-class white bouncer hired to drive a cultured black pianist through the South in 1962 has been a hit on the festival circuit, including Toronto, London and last month’s Twin Cities Film Festival. Some of the critics who saw its debut at Toronto came away predicting Oscars for both Viggo Mortensen (the driver) and Mahershala Ali (the pianist and an Academy Award-winner for “Moonlight”). Despite sounding like fodder for a political polemic, the movie has been heralded as an upbeat crowd-pleaser. Opens Friday.

Featuring Hugh Jackman as former Sen. Gary Hart, this biographical drama focuses on Hart’s 1988 presidential campaign, which was chugging along nicely — as the title implies — until it was derailed by reports of a scandalous affair with Donna Rice (Sara Paxton). Jason Reitman (“Tully”) directs, an interesting wrinkle seeing as how a) he’s Canadian, and, b) he was only 10 when this happened, so it’s not like he’s revisiting a vital chapter of his life. Nov. 16

The sequel to 2012’s animated smash “Wreck-It Ralph” includes a bevy of people reprising their earlier roles, including the filmmaking team of Phil Johnston (a Twin Cities native) and Rich Moore. John C. Reilly (the voice of Ralph), Sarah Silverman (Vanellope) and Jane Lynch (Calhoun) all are back. But the biggest recruiting news is that Johnston and Moore talked Gal Gadot (aka “Wonder Woman”) and Taraji P. Henson (“Hidden Figures”) into joining the cast. As for the film’s plot, the title pretty much serves as a spoiler. Nov. 21

This biopic paints a portrait of the final years of Vincent van Gogh. The artist is played by Willem Dafoe, who certainly is no novice at portraying troubled souls (“Wild at Heart,” “American Psycho,” et al.). But what has art critics curious is that Van Gogh was in his mid-30s, a period that Dafoe, 63, left behind three decades ago. Then again, the artist lived a hard life, so maybe Dafoe’s been-around-the-block look will work. And director Julian Schnabel (who also made the artist biography “Basquiat”) is known for doing things right. Nov. 21

We can’t get enough of the British royal family. While they’re not currently getting married or getting pregnant, we can at least relive the days when they weren’t getting along. Set in the 1500s, this is about the attempt by Mary Stuart (Saoirse Ronan) to overthrow her cousin, Queen Elizabeth I (Margot Robbie). Directed by Olivier Award-winning stage director Josie Rourke, the film has been getting flak in England for historical inaccuracies, but chances are that few people on this side of the Atlantic will notice that. Dec. 7

‘SPIDER-MAN: INTO THE SPIDER-VERSE’

The superhero returns to his comic book roots for this hand-drawn animated adventure. The story involves Spider-Man crossing parallel dimensions and encountering other versions of himself. (Spider-Men? Spiders-Man?) Actors supplying Spidey voices include Nicolas Cage, Jake Johnson and Shameik Moore. There’s also Spider-Gwen (Hailee Steinfeld) and Spider-Ham (John Mulaney). Fans of the live-action films will have to be on their toes; the movie is purported to be laced with references to the earlier films. Dec. 14

The royal family is back again. This time it’s the 1700s, and Queen Anne (Olivia Colman) is on the throne. But her health is failing, and it’s really her clandestine lover (Rachel Weisz) who’s ruling the country. This delicate balance is upset by the arrival of a new palace servant (Emma Stone) determined to manipulate the potentially scandalous situation to her own advantage. The drama was named the year’s best movie at the recent British Independent Film Awards, with acting nominations for all three stars. Dec. 14

‘IF BEALE STREET COULD TALK’

Barry Jenkins, who directed and adapted the Oscar-winning “Moonlight,” tackles the same dual duties with this conversion of a novel by the late James Baldwin. It’s a different sort of love story that follows a young black couple when the man is wrongfully accused of sexual assault. Stephan James and KiKi Layne both earned “star of the future” labels when the movie debuted at the Toronto International Film Festival, and Regina King was showered with accolades for playing the young woman’s mother. Dec. 25