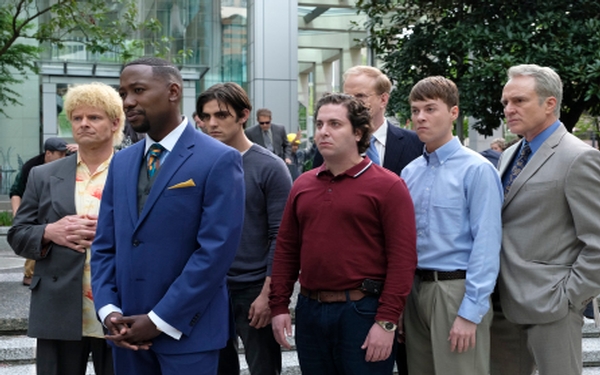 We are hosting a free screening on Monday night at UCLA that explores the dot-com era. I want to see if you could come out to see VALLEY OF THE BOOM and share the invite with your friends via email or social media. I’d greatly appreciate it. Here are the details.

Synopsis: Valley of the Boom explores the dot-com era during Silicon Valley’s unprecedented tech boom of the 1990s. Featuring a hybrid of scripted storytelling and documentary interviews, the series stars Bradley Whitford (Get Out) Steve Zahn (War for the Planet of the Apes) and Lamorne Morris (Barber Shop: The Next Cut) alongside interviews with the real people who were a part of the turbulent ride of three different companies that were trying to change the world using the new technology of the internet. Before Google, Netscape pioneered the first commercial web browser and launched the “browser wars” with Microsoft. Before Facebook, theglobe.com was a rapidly expanding social networking site built by dreamers on a college campus. And before YouTube, a con artist on the run from the FBI reinvented himself in Silicon Valley to start a streaming video company called Pixelon, resulting in an entrepreneurial rise and fall almost too insane to be believed. This is the true story of how the web was won. #ValleyOfTheBoom

Blog
The Godfather, Coda: The Death of Michael Corleone coming to Blu-Ray and Digital on Dec. 8th
799 views

Blog
Is Shia LaBeouf in ‘brownface’? Cholo role raises question of who gets to adopt whose culture
1,553 views

Blog
Movie theaters are still shut down — and with them, the power of challenging cinema
826 views