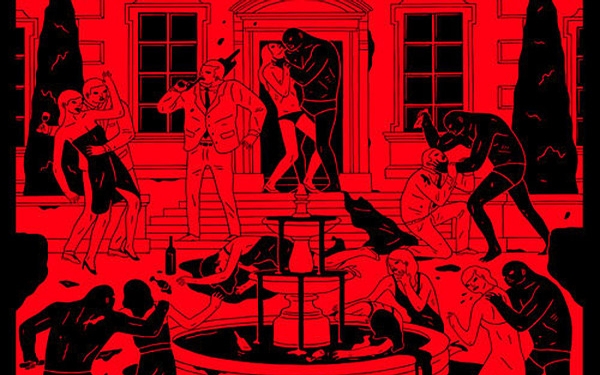 The title of Graham Parker’s new album comes from the somber ballad “Is the Sun Out Anywhere”: “Looks like cloud symbols everywhere / On this app that’s on my phone.” It reflects the shades of blue that underpin a number of the new songs by the still vastly underappreciated rocker, who came snarling out of Britain in 1976.

But “Cloud Symbols” is also Parker at his breeziest and most soulful. With his tight combo augmented by the Rumour Brass, songs such as “Girl in Need,” “Every Saturday Night,” and “Nothin’ from You” exude a buoyancy that nicely counterbalances any downcast bent in the lyrics without diminishing their emotional force. Two numbers even feature trombone solos.

“Ancient Past” and “Maida Hill” find the singer in a wistfully reflective mood, and “Love Comes” in a tenderly romantic one. And if “What Happens When Her Beauty Fades” is a meditation on mortality, the famously acerbic Parker has a defiantly positive response that could also apply to him and his music: “They just look inwards and find out what they’re made of / And it’s the good stuff / You know it’s more than enough.” — Nick Cristiano

Arriving a year after the death of Allentown-born, Long Island-raised Gustav Ahr, “Come Over When You’re Sober Pt. 2” is a sad postscript to the life of the rapper and singer who died at 21 of a fentanyl and Xanax overdose. With a spate of mixtapes and EPs, the songwriter with “Cry Baby” tattooed above his right eye established himself as a leading light among a downcast generation of emo-rappers prone to bare their souls on the SoundCloud streaming service.

“COWYS2” consists of songs Lil Peep recorded on his laptop that his mother, Liza Womack, entrusted to her son’s producer-friend Smokeasac to bring to life. That he has. The songs sit on the cusp between rock and rap and express timeless teen angst with sluggish and slurry vocals that nonetheless convey me-against-the-world suburban desperation and defiance. “I hate everybody in my hometown, I wanna burn my high school into the ground,” Peep sings on “Cry Alone.” “I hate everyone in my hometown: Tell the rich kids to look at me now.” Lil Peep was probably on his way to being huge when he was alive. Now that he’s dead, he almost certainly is. — Dan DeLuca

Swizz Beatz doesn’t need one grand gesture to define his career. As the hot-wired producer behind the rugged beats, stammering choruses, and mellifluous tones of the Ruff Ryders crew, and early hits from Busta Rhymes and Jay-Z, Swizz had bunches of hits that ruled the ’90s and early 2000s before trying his own (wonky) hand at rapping. “Poison” was planned as a multigenre superstar epic (with Bono and Bruno Mars) that would show his command of pop and hip-hop in the present. The version of “Poison” before us is not that wide-net cast recording. Instead, this is a sharply cutting, thoroughly musical — and modern — take on the Beatz bounce, with nu-school cats such as AraabMUSIK, Kendrick Lamar, Young Thug, and 2 Chainz.

Perhaps not as “pop” as Swizz intended, “Poison”’s best and most soulful moments showcase both him and his guest in their best lights. That’s most true for New Yorkers Nas (recently let down by a lame Kanye West production) and Jim Jones, who are given their most potently heated, old-school tracks in years with, respectively “Echo” and “Preach.” Pusha T benefits from sound and lyrics more humble and holy (“Cold Blooded”) than we’re used to from his boasts. The best cut, “Pistol on My Side (P.O.M.S.),” featuring Lil Wayne and Beatz’s wife, Alicia Keys, on piano, is the deepest, filled with Weezy’s usual vinegary harangues and some bittersweet soul on the side. — A.D. Amorosi