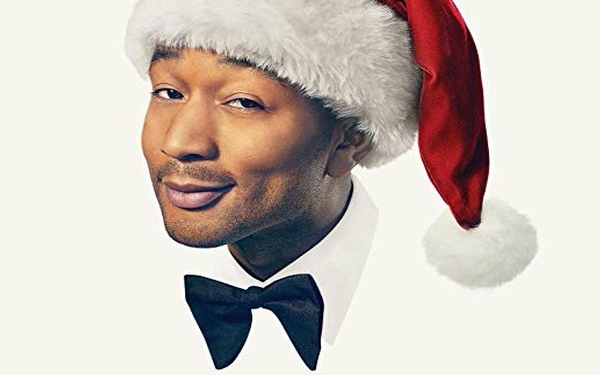 The spirit of inspiration runs stronger than usual through this year’s batch of new holiday music collections, with fresh melodies and lyrics in some of the best. Veteran country singer-songwriter Rodney Crowell, Oklahoma recent arrival JD McPherson, the long-running Nashville, Tenn.-based genre-defying band the Mavericks and Texas’ barnstorming Old 97’s each have delivered Christmas albums built around inviting new songs that make them worthy additions to the favorites you might turn to year in and year out. Albums, listed alphabetically by artist, are ranked on a scale of one star (poor) to four stars (classic). Let the roundup begin:

There will always be an audience for an angelic tenor voice singing songs of the season, as the “American Idol” alum demonstrates on his second Christmas album. The selections tend toward contemporary Christian over time-honored carols, but he finds room for both, along with a couple of honorable originals he co-wrote with different collaborators. The haunting arrangement of “O Come, O Come Emmanuel” borders on horror-movie territory, but for the most part he celebrates innocence and purity of spirit.

The pianist, composer and arranger has long been a force in Christian music circles, which seems an ideal launching point into this Christmas album. His approach favors power, glory and elegance in the predominantly instrumental arrangements of tunes familiar and new. Three featured vocals come from guests CeCe Winans, Patrice Tipoki and Audrey Assad.

Of course, Slowhand takes on Charles Brown’s “Merry Christmas, Baby,” probably the bluesiest seasonal song ever — and wrings every ounce of melancholy from it. The pleasant surprise is the balance between his blues and adult pop instincts that’s broad enough to include a fascinating disco-rock meeting-of-the-minds rendering of “Jingle Bells” and his canny interpretations of “White Christmas” and “Away in a Manager,” along with one original, “Christmas Tears.”

One of Americana music’s most astute singer-songwriters applies his well-honed wit and observational prowess to a dozen original songs that mine the full spectrum of emotions that go with the season like tinsel and garland, coal and stockings. Healthy doses of humor sit side-by-side with sincerity in this smartly conceived, engagingly executed holiday song cycle.

The R&B-pop singer-songwriter finds a way to bring urban music sensibility even to something as quintessentially foursquare as “Silver Bells.” Mixed among the chestnuts, he’s also written or co-written a handful of seasonal originals; a couple feel more like embellished riffing than future holiday classics, though the attempts are sincere. To amp up the star power even more, he’s enlisted Stevie Wonder and Esperanza Spalding as guest singers.

The Beach Boys co-founder engages his current lineup of the long-running group for a session that includes a new rendition of “Little St. Nick,” which departs little from the original except for the absence of any Wilson voices. Points for attempting some original tunes to flesh out the carols and pop standards, although none seem destined to become evergreens.

It’s hard to think of an act with an essential joie de vivre better suited to the joyful spirit of the holidays than the Mavericks. The Nashville-based, label-defying group has cooked up eight effervescent originals and added its stamp to a couple of Yuletide chestnuts: “Christmas (Baby Please Come Home)” in a performance that doesn’t instantly make you yearn for the original, and Irving Berlin’s second best-known song of the season, “Happy Holiday.” Lead singer nonpareil Raul Malo delivers one of the most unabashedly romantic vocals on “Christmas for Me (Is You).” Boogie-woogie, Tex-Mex, heart-melting pop, retro blues — it’s all here in one irresistible package.

The country singer with the titanium pipes goes old school yule with big band/orchestral arrangements by Patrick Williams in keeping with the stuff Sinatra and Dean Martin used to do for the holidays. There’s a lot of swing in the nine-song set and, for better or worse, no surprises in the song selection, which emphasizes the war horses over lesser-trod turf. Her delivery, as usual, is impeccable.

The blue-eyed soul singer leans on the gospel side of the holiday musical tradition with this collection. But there are times here where he puts so much effort into pushing his soul-R&B chops that he sounds uncomfortably close to someone with a foot caught in the fireplace flue. This one’s for those who prefer their holiday music on the slow-jam end of the spectrum.

The roots-rocking singer-songwriter from Broken Arrow, Okla., has put together the kind of holiday album that Louis Prima or Roy Brown would have if they’d ever gotten around to it, and thank Santa for that. It’s an utter joy, a vintage jump-blues/R&B/rockabilly workout devoid of treacly sentiment, but brimming over with child-like spirit — and just enough grown-up skepticism (“Bad Kid,” the title track) to keep things anchored in reality. He’s written or co-written 11 originals that bring welcome fresh blood into the holiday music canon. Producing the album themselves, he and the band also zero in on a perfectly period musical and sonic vibe for this outing.

The low-fi, low-key quality of this seven-song EP — produced by Sam Phillips’ granddaughter Halley Phillips — is a welcome antidote to the pull-out-the-stops approach to so many holiday recordings. Voicings of the arrangements among the family of standard ukes along with tenor, baritone and bass ukuleles also provides a nice sonic change of pace. Among the three main singers, Kyndle McMahan is the most affecting . And yes, “Mele Kalikimaka” is one of the three covers interspersed among four modest holiday originals.

Carrying on the spirit of the group’s 2016 outing “Good Times!,” surviving members Micky Dolenz, Michael Nesmith and Peter Tork turn in latter-day performances of a blend of originals written by Monkees fans, including Weezer’s Rivers Cuomo, R.E.M.’s Peter Buck, XTC’s Andy Partridge and choice covers including Alex Chilton’s “Jesus Christ” and Roy Wood’s “I Wish It Could Be Christmas Everyday.” Nesmith brings grown-up emotion to his recordings of Mel Torme and Robert Wells’ “The Christmas Song” and Claude & Ruth Thornhill’s rarely recorded “Snowfall.” But the big calling card may well be two vocals that Davy Jones recorded in 1991 and that are newly outfitted in fresh instrumental accompaniment pulled together by album producer Adam Schlesinger.

A quarter century into its career, the Texas-based alt-country band embraces the spirit of the season with nine originals written or co-written by frontman Rhett Miller and his band mates for this generous 14-song collection. It’s rare to find someone with something new to say about the holiday experience, but the 97’s pull it off so well in that the five yuletide standards that follow almost feel anti-climactic.

The a cappella ensemble’s third holiday release in a span of barely five years strongly suggests the group is embracing the adage, “If it ain’t broke, don’t fix it.” They’ve chosen another mix of traditional carols, secular classics and original material, from straight-ahead pop to light jazz, R&B, a smidge of hip-hop and, perhaps the most pleasant surprise, a vocal rendering of Tchaikovsky’s “Waltz of the Flowers” from “The Nutcracker.” Some listeners may find the meticulous arrangements a tad sterile by the end, but Danny Elfman’s “Making Christmas” brings a welcome bit of edge to the project.

Detroit’s “Devil With a Blue Dress” rocker has lost some of the vocal focus he had in his heyday half a century back, which renders some of the gentler tunes in this collection of largely familiar yuletide tunes rather wobbly. He’s better served on the more driving arrangements and, not surprisingly, makes nods to the Spector-cum-Springsteen holiday tradition in his renditions of “Santa Claus Is Coming to Town” and “Christmas (Baby Please Come Home.)”

No need to feel guilty over the pleasures in the famously histrionic actor’s readings of more than a dozen holiday tunes, the majority featuring guest collaborators from punk rockers Iggy Pop and Henry Rollins to country star Brad Paisley, folk veteran Judy Collins and prog-rock luminaries Rick Wakeman and Ian Anderson. He’s honed in on narrative songs that are well suited to a spoken delivery out of the Robert Preston-Rex Harrison-Richard Harris school of nonsinging actors. A delightfully dramatic outing.

This Canadian indie duo joins the ranks of those who put some extra thought into their holiday offering with several originals sharing space with the rock ‘n’ roll friendly likes of the Pretenders’ “2000 Miles,” “Blue Christmas” and “Merry Christmas, Baby.” The low-fi spirit’s in keeping with the theme of humility in the Christmas story.

Wright wrote a couple of the more charming additions to the holiday canon in recent years, the title track and “It Really Is (A Wonderful Life),” both of which Mindy Smith beat the composer to the punch in recording for Smith’s 2007 “My Holiday” collection (well worth seeking out). The country singer-songwriter’s versions are comparably sweet and wistful. They share space with four other Wright holiday originals, among them “Christmas Isn’t Christmas Time,” which pays homage to the classic Phil Spector Christmas album by borrowing the “Be My Baby” back beat, Wall of Sound production (on the second of two takes) and giving her lyric the full Ronnie Spector vocal treatment. This one should satisfy the adult music fan looking for a new adult pop/light jazz holiday outing.