Focus on Function: What Top Athletes Can Teach the Rest of Us 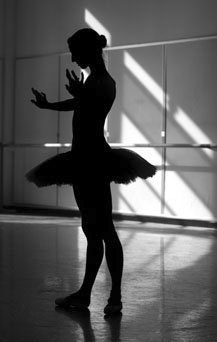 Scott Jurek not only runs all-terrain races of 100 miles or more – he wins.

Courtney Thompson, among the land's finest volleyball players, is not satisfied.

You, most likely, are not like them. You probably never have won – and never will – such prestigious awards and titles or even received applause. Yet, when it comes to the nub of what “fit” means, the accomplished share more than you'd expect with the rest of us.

Despite what magazine-cover freaks tell you, being fit, at its core, is about function, not form. That's the focus of top athletes. Being fit means having the ability to do what you need, whatever that may be. It could be skiing without getting injured or doing your job without letting your job undo you.

Fitness depends on your health history, vanity, goals, skills, injuries and commitment. Endurance and body-fat percentage and the strength of your heart and core are benchmarks, but we overlook the bottom line: how we feel and what we can do. Beyond the adulation, top athletes are fueled by inner affirmation. They know what they need – and train for it. So should you.

Chapman has an artist's grace but, at her core, she is an athlete who needs to develop and maintain proper body mechanics to avoid injury.

Thompson needs to parse her lofty, long-range goal into daily, sweaty steps. She also knows she can't look like Barbie and play like Shaq.

These three all look good, but looking as good as you can is not the prize. It's the byproduct, they say, of the lifestyle journey. They understand that “fit” is a moving target.

We get slower and weaker as we age, but usually the rate of decline is up to you. Your goal is in your hands, too, as is your willingness to act on it.

Thompson can teach all of us a thing or two about goals, mandatory for making progress. There is want. And there is want. How important is it to you to lose weight, get stronger and improve your lung power? Why do you want it? How will you achieve it?

Dieters and resolution-breakers take note: Experts say those who make true progress are those who, like Thompson, have the ability to think both holistically and incrementally.

Scott Jurek has a runner's build at 6 foot 2 and 170 pounds, and he is at his peak at 32. He is a physical therapist, running coach, a spokesman for Brooks Running and a hard-core vegan.

It is tempting to write him off as a freak who bears no resemblance whatsoever to you and me. He's won the 100-mile Western States Endurance Run seven years in a row. Last year, two weeks after demolishing the field, he won – and set a course record – in the 135-mile Badwater Ultra-marathon, run in the heat of Death Valley.

And he hasn't had an injury to speak of in nine years.

So yes, we have little in common with him.

Some days, he is on the trails for seven, even eight hours. Some days his workouts involve four hours of stretching, lifting and running. He will also never miss a chance to multitask, incorporating workouts with errands. He consumes up to 10,000 calories a day in the heat of training. He gets lots of sleep.

This “lifestyle approach” to training has helped him keep going both physically and mentally.

“Whether you run or bike or are in a fitness program or trying to lose weight or whatever, it's not a good idea to do the same thing all the time or at the same intensity, whether that's real easy or all out. It's important to stay fresh,” he says.

What real athletes have that we don't – beyond the obvious – is time. We have to incorporate fitness into our busy lives, but we can't put it on the end of the daily chore list.

Distributed by Knight Ridder/Tribune Information Services
Article posted on 6/26/2006
This article has been viewed 1263 times.