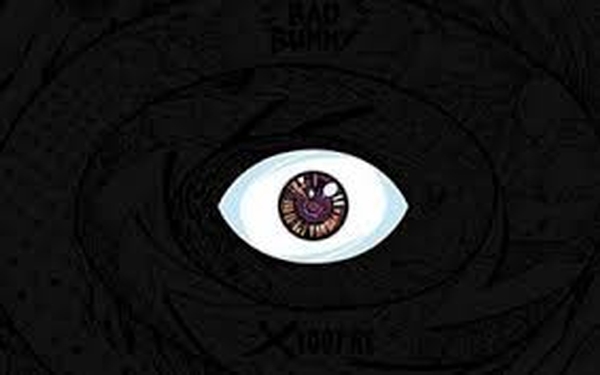 If 2018 was the year Latin-language música urbana won chart-topping acclaim, few played a better hand than Puerto Rican trap and reggaetón vocalist Bad Bunny. Duettng with Drake on “Mia,” or teaming with Cardi B and J Balvin for her “I Like It” smash, BB has been moving up the mainstream hip-hop ladder with flair while dropping his own hits. For his melancholy debut, Bad Bunny makes a gorgeous buffet from all textures of modern urbana with his slippery monotone baritone — usually AutoTuned — front and center of every cool, electro-laced cut.

Starting with the ballad “Ni Bien Ni Mal” and the moody “¿Quien Tu Eres?,” Bad Bunny provokes the topics of each and prods them to reveal their inner urgings, especially in regard to the singer. “Who are you to get close to me?” he croons on the latter before ending the track in cutting English. “Solo de Mi” also finds its focus — by song’s end — to be Bad Bunny, and, like “¿Quien Tu Eres?,” eventually becomes more aggressive, and yet childlike. The jittery “200 MPH,” however, starts from that youthful perspective with partying on the beach as its subject and onetime Philly address holder Diplo as Bad Bunny’s partner in grime. No matter whom he’s partnered with here (El Alfa, Drake), “X 100pre” is 100 percent Bad Bunny. — A.D. Amorosi

For New Year’s resolution-makers intent on self-improvement, the first album to top the Billboard charts in 2019 has an appropriately inspirational title straight out of a self-help book. Pronounced “I Am Greater Than I Was,” the sophomore release by the 26-year-old Atlanta rapper born Shayaa Bin Abraham-Joseph makes good on its claim. 21 Savage is indeed greater than he was. “I Am” is a major step forward from his 2017 debut, “Issa Album,” in both thoughtfulness and musical variety, distinguishing the rapper as a street-hardened thinker with an understated delivery. That comes across in places you would expect, such as “Letter 2 My Momma.” But it’s apparent also on harder cuts, like the formidable opener, “A Lot,” in which he mourns the loss of a younger brother and makes room for guest J. Cole, who accuses competing rappers of using bots to inflate their music streaming numbers and shouts out support for Sixers guard Markelle Fultz. Other big-name acts that drop in include Childish Gambino, Schoolboy Q, and Post Malone, who featured 21 on “Rockstar” and returns the favor on “All My Friends.” And 21's notoriety has also been aided — for worse rather than better — by NBA star LeBron James, who got deservedly roasted online (and quickly apologized) over the holiday break for posting video of himself rapping along to the lyrics of “I Am”’s “ASMR” that have been called out as anti-Semitic. — Dan DeLuca

As a songwriter of enduring excellence and prolificity, Paul Kelly doesn’t really need any help to fill out his albums. But for Nature, the Australian presents just seven of his own songs, and for the other five tracks, he sets to music the words of five celebrated poets: Dylan Thomas, Walt Whitman, Sylvia Plath, Gerard Manley Hopkins, and Philip Larkin.

No surprise, the gambit works brilliantly. The set flows seamlessly from a musical standpoint, thanks to the evocative folk-rock of Kelly and his band. But it also coheres thematically. Kelly’s songs, like the works of the poets, focus on aspects of the physical world, and like the poets’, they are concise, precise, and vivid. Not many writers say so much in so few words as Kelly.

The finale, Larkin’s “The Trees,” notes “Their yearly trick of looking new.” As a writer and musician, Kelly works the same magic. — Nick Cristiano