From Kanye to Taylor, what to watch for in pop music in 2019 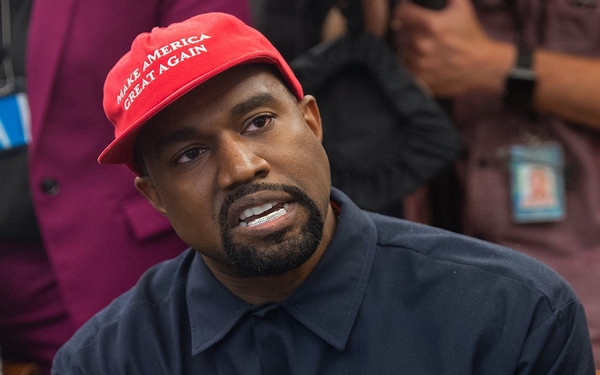 On this date in 2018, we didn’t know that Kanye West would visit the White House or that Beyoncé would blow up Coachella. We didn’t know about Kendrick Lamar’s Pulitzer Prize or Childish Gambino’s “This Is America.”

And though we might’ve suspected that BTS would release an album (or two), we didn’t know that the K-pop group would become the first of its kind to top the Billboard 200 (and then do it again a few months later).

Plenty more is sure to go down in pop music without warning in 2019, at least if we’re lucky.

But as we set off into the new year, there are also things we can safely look forward to — and some big questions that should be answered in the next 12 months. Here are a few to keep in mind.

WILL KANYE WEST CONTINUE HIS BROMANCE WITH DONALD TRUMP?

Looks like yes. After pledging in October to distance himself from politics — “My eyes are now wide open and now realize I’ve been used to spread messages I don’t believe in,” he tweeted — the rapper re-embraced the president this week.

“Trump all day,” he wrote on Twitter, before adding that “from now on” he plans to perform while wearing his Trump hat, which he said represents the idea that “people can’t tell me what to do because I’m black.”

How this will impact his music remains to be seen. West has said he’s at work on a new album, possibly titled “Yandhi,” that was due to be released in September before being bumped to November and again to an unspecified date.

It’s been years since the Backstreet Boys mattered — which isn’t to say that the veteran boy band hasn’t been out there trying, as anyone who’s seen the group’s recent awards-show appearances (or its painfully eager Las Vegas gig) can attest.

But with their latest single, the throbbing and sensual “Don’t Go Breaking My Heart,” the Backstreets have raised hopes for “DNA,” the act’s comeback album due Jan. 25. Set to feature songs written by Shawn Mendes and Ryan Tedder, as well as folks who’ve worked with Charli XCX and J Balvin, “DNA” promises more than shameless nostalgia at a moment when BTS has raised the bar for boys of any age.

SAY IT AIN’T SO

Speaking of nostalgia, Weezer last year returned to the upper reaches of the pop charts (and spawned a viral “Saturday Night Live” sketch) with its stunt cover of Toto’s indelible ’80s hit “Africa.”

Now the long-running L.A. alt-rock combo is using that renewed attention to unleash an experiment it’s been threatening forever: a self-titled effort, due March 1, known as the Black Album, which frontman Rivers Cuomo was saying as far back as 2016 would represent a striking about-face from its crunchy guitar-pop sound.

Judging by a couple of synthed-up advance tracks, including one called “Zombie Bastards,” Weezer has followed through on that idea, and not because Cuomo is confident his audience will like it.

Indeed, if that “SNL” sketch made anything clear, it’s that the Black Album is precisely the kind of record most Weezer diehards don’t want from this band — as good a reason as any I can think of to listen up.

Thanks to his breathlessly documented relationship with Hailey Baldwin — that’s Mrs. Bieber, if you please — the one-time teen-pop idol was seen more than he was heard in 2018.

True, there was “No Brainer,” his appropriately by-the-numbers reunion with DJ Khaled, Chance the Rapper and Quavo (with whom he hit No. 1 in 2017 with “I’m the One”).

But for the most part Bieber spent the year “just living life,” as his frequent producer Diplo put it to me not long ago. “Michael Jackson was a guy that never had a life, really, and then tried to live it when he was older,” Diplo said. “Justin, maybe he’s self-aware enough so that he’s like, ‘I’m a human being and I love a person — let me do that for a minute.’”

That said, the singer’s long-awaited follow-up to 2015’s “Purpose” may be on the way. Diplo said he’s been trading songs with Bieber for what he reckons is shaping up as “a Christian album.”

The three years Taylor Swift put into 2017’s “Reputation” represented the longest stretch of time she’d ever taken to make a record — and then the thing went on to earn lukewarm reviews and no major nominations at next month’s Grammy Awards.

So although she’s said nothing about when we should expect her next album, perhaps it’s reasonable to think that Swift will work faster this time, either to avoid bogging down or simply to keep up with an industry that’s accelerated immeasurably over her decade-plus in the biz.

Also: Releasing her “Reputation” Netflix special on New Year’s Eve felt an awful lot like a chapter-ending move from this most story-minded of pop stars.