Armie Hammer fell in love with ‘On the Basis of Sex’ 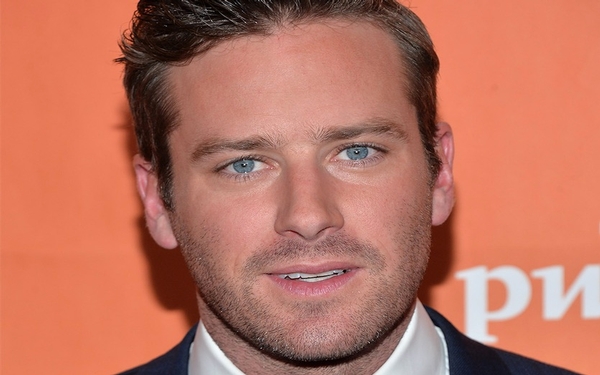 “On the Basis of Sex” is loaded with all the trappings of a legal drama from the average person seeking justice against a powerful government force to arguments made in front of the Supreme Court. That this is the story of Supreme Court Justice Ruth Bader Ginsburg’s (Felicity Jones) early days is enough to push the film deep into the pigeonhole of courtroom dramas.

Armie Hammer (“The Social Network”), who takes on the role of Ginsburg’s husband, Martin, sees the film as much more than a tale of law and order. One of the elements that intrigued him the most about the production from director Mimi Leder was the romance.

“The relationship Ruth and Martin had was idyllic,” Hammer says. “They really had the consummate partnership. They understood that any long-lasting marriage is about partnership. And, they were incredibly progressive with their approach to it, especially in the ’50s, ’60s and ’70s, when men didn’t cook or clean or get the kids ready.

“He had so much self-assuredness and confidence that he was willing to buck the system. And buck the system is what they did together their entire lives.”

The film starts the bucking in the opening moments as Ginsburg is one of only nine women in a class of 500 allowed to attend Harvard Law School in 1956. The film follows her work as a professor and a mother through the landmark tax case she and her husband argued that became a turning point in women’s rights.

“On the Basis of Sex” isn’t the first film to look at Ginsburg’s life, but what allowed the production to go deeper into the couple’s personal life was it was written by Ginsburg’s nephew, Daniel Stiepleman.

“Daniel had a perspective that was really interesting, very personal and intimate,” Hammer says. “I am happy that he was the one who told it. I like to refer to this movie as the genesis of Ruth Bader Ginsburg. Her accomplishments are a matter of public record, but this is really the first time look at the human behind all of that and not in some pop icon way.”

Hammer found playing Martin Ginsburg to be inspirational and taught him a lot about what it means to be a better partner, husband and father. But his process started with research.

“When you are playing a real character, you are sometimes afforded the opportunity to have more out there,” Hammer says. “Martin would have preferred to stay a little more in the shadows and liked to be a buttress for Ruth more than anything else.

“But, he’s still a real person and I could talk to people who were in social situations with them or knew him. That takes the onus off of you as the actor because it is not just you making it up. Playing a real person just means you often have access to more data.”

Another real aspect of “On the Basis of Sex” is the law, but there are not a lot of scenes where Martin Ginsburg gets to argue cases in a courtroom. That didn’t stop Hammer from chatting up lawyers while getting ready to play the role.

One thing he discovered was a lot of lawyers have some actor in them, a skill needed when they step in front of a jury or judge to argue a case. Several lawyers told Hammer they had taken acting classes as a way of improving their courtroom skills.

In Hammer’s case the acting classes he took were all designed to prepare him for the career he always knew he wanted. The work has ranged from playing the Winklevoss twins in “The Social Network” to stepping into the updated version of “The Man from U.N.C.L.E.” to take on the role of Illya Kuryakin. Other credits include the critically heralded “Call Me by Your Name,” plus “Cars 3,” “Mine,” “Mirror Mirror” and “J. Edgar.”

Special Features
Digital theater is all the rage, but could it destroy the live stage?
237 views

Special Features
Intimate portraits piece together the puzzle of Natalie Wood, the person and mother
342 views

Special Features
Now’s the perfect time to dive into musicals. Here are our critic’s top 7 to watch
246 views

Special Features
Oscars 2020: Who will win and who should win
863 views

Special Features
Secret screenings. Redacted scripts. How they make the twists in ‘This Is Us’
355 views
bid=||