‘The Sopranos’ at 20: Creator David Chase on the show’s legacy and four key episodes 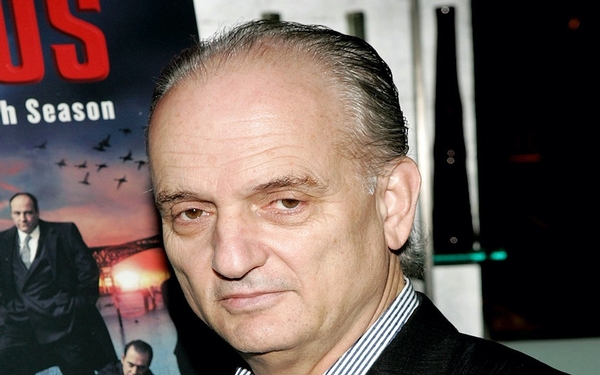 Twenty years ago this week, “The Sopranos” was about to debut on HBO, and creator David Chase was sure it would never amount to much.

“My wife will tell you. I thought, ‘Another mob story? People are gonna get sick of it, or they’ll just laugh it off the screen,’” said the series creator. “We had all our episodes done and completed and in the can and edited. Edie Falco, I believe, said to me, ‘Well, I guess that’s it for us.’ And I said, ‘Yeah, I think so.’ And we decided that we’d had too much fun doing it. So probably it would be canceled because they don’t want you to have too much fun out in Queens [where the series was shooting]. No one knew what we were doing.”

To say the least, Chase was wrong. The drama about North Jersey crime boss Tony Soprano and his family was an instant critical sensation and commercial hit that endured for six seasons and 86 episodes, blending humor and violence and introducing “goomah” and “bada bing” into the lexicon.

It helped turn HBO into one of TV’s preeminent destinations for ambitious storytelling and inspired a wave of morally ambiguous, psychologically probing shows about deeply flawed, sometimes sociopathic, characters that continues to this day.

And nearly 12 years after “The Sopranos” went off the air, fans are still debating and dissecting the controversial series finale, which ended with an abrupt cut to black that left Tony’s fate ambiguous.

The show’s anniversary happens to coincide with pre-production on “The Many Saints of Newark,” a long-anticipated movie prequel that will feature a young Tony Soprano. Partially set during the Newark riots, the film will examine race and has a different tone from the series, Chase said — “it’s not quite as absurdist.”

As an under-the-weather Chase lay on a couch at the film’s production offices in Times Square this week, he talked to The Times about four pivotal episodes from the series — including, yes, the finale.

At 75 minutes, this is the longest episode of “The Sopranos” as well as one of its emotionally devastating. Tony (James Gandolfini) and Carmela (Falco) think about purchasing a house on the shore called Whitecaps, a name that hints at the turmoil to come. But their plans are derailed when Carmela gets a humiliating phone call from one of Tony’s former mistresses, leading to a blistering fight with Tony and a decision to separate.

“You have made a fool of me for years,” says Carmela, confessing that she’d fallen in love with Tony’s Italian driver, Furio. Gandolfini and Falco both won Emmys for their performances in “Whitecaps,” and it’s not hard to see why.

“Whitecaps” “got a lot of stuff that was bothering me out of the way,” Chase said, recalling how the fight scene was filmed at 3 a.m. “Carmela was way too passive for too many years. That was a real cathartic experience. It was also funny, as weird as it is, [Carmela] throwing [Tony’s] golf clubs out the window.”

The first in a long line of beleaguered antihero wives, Carmela was not exactly a shrinking violet, but, he added, “We had watched her as a TV audience, week after week after week, take … from this guy, cheating on her and everything, and she didn’t really do much about it except sulk and complain.”

Starting in the series pilot when Tony told Dr. Melfi (Lorraine Bracco) about a dream in which a bird stole his penis, “The Sopranos” frequently explored its protagonist’s subconscious.

“Orson Welles said a film is a ribbon of dreams, and that’s the way I feel about it. When you’re watching a movie, it feels like a dream and vice versa,” said Chase.

“The Test Dream” took this to new heights, devoting about half of the episode’s running time to an elaborate anxiety dream Tony has while holed up at the Plaza Hotel. The dream — in which Tony runs from Lee Harvey Oswald, rides a horse indoors, visits with dead friends and foes and dines with Annette Bening — ultimately forces the realization that he will have to kill his cousin, Tony Blundetto (Steve Buscemi).

Written by Chase and Matthew Weiner — who went on to explore the dream life of Don Draper on “Mad Men” — the episode comes at a pivotal crossroads in “The Sopranos,” as the rivalry with the New York mafia is heating up and immediately before both Carmela and Tony’s reconciliation and the murder of Adriana (Drea de Matteo).

“The Sopranos” did something difficult: It made viewers actually care about someone else’s dreams. “It’s not like somebody in your office saying, I had the craziest dream last night. You didn’t ask for that, but you’ve asked to watch this show. You’ve invited yourself in,” said Chase.

The title is a reference to the common anxiety dream about showing up naked to school on test day. Chase said he has his own version of this dream, about directing. He’d be asked repeatedly if he were ready to film a scene, and he’d reassure them. But then, “I would get there to shoot the scene, and I wouldn’t even have read it. It was a scene in a script I’d missed. So I knew nothing about how to direct it.”

In the gut-punch of an episode that kicked off the final stretch of “The Sopranos,” Tony and Carmela visit Tony’s sister Janice (Aida Turturro) and her husband, Bobby (Steve Schirripa), at their lake house in the Adirondacks for Tony’s 47th birthday. But a seemingly idyllic weekend of fishing and karaoke turns sour when Bobby and Tony get into a fight during a drunken round of Monopoly.

Tony metes out revenge on Bobby by ordering him to carry out a hit — a devastating turn for the (relatively) gentle gangster. When the episode screened at Radio City Music Hall, Chase said he cried at the scene when Bobby returns from carrying out the hit and is embraced by his young daughter.

“Soprano Home Movies” dealt with themes of mortality and comeuppance that would occupy the final stretch of “The Sopranos,” and it included a prescient conversation about the need to build a wall to keep immigrants out of the country.

The episode came about “because we wanted to save money,” Chase said. “We wanted to do a bottle show” — an episode where the bulk of the action is contained to a single setting — “with four of them in a cabin somewhere.”

“When I was working the early days of TV, every series would do a bottle episode once a year,” said Chase, who worked on network shows including “The Rockford Files.” “They were considered cheap. They were awful. We kind of wanted to do [this episode] as a spoof of that.” There was also a desire to write an episode with the intimacy and gently rising tension of a play.

Ironically, “Soprano Home Movies” turned out to be “vastly expensive” because of the waterfront location, “but I love those four people spending time together,” Chase said. “It gave me an answer to the question of what criminals do when they’re just having a family outing.”

What many have forgotten amid the heated debate over the episode’s final minutes is that “Made in America,” as the title implies, offers a rich and often funny meditation on American culture and Italian American identity circa 2007.

Much of the hour revolves around Tony and Carmela’s efforts to dissuade their son AJ (Robert Iler), who’s recently undergone a confused, if well-meaning, political awakening, from joining the military with the ultimate goal of becoming a helicopter pilot for, of all people, Donald Trump. (He finally opts to try his hand at showbiz.) Likewise, Meadow (Jamie-Lynn Sigler), motivated by the perception that the FBI was biased against her father because of his heritage, has decided she wants to become a lawyer and fight government oppression.

By the time the Sopranos gather for dinner at Holsten’s Diner and Tony strikes up Journey on the jukebox, his family’s future is fairly well-delineated. Of course, his fate was left unclear with an abrupt cut to black that baffled viewers, many of whom thought the power had gone out.

The furor over the ending was “demoralizing,” Chase said. “You do your best to do an entertaining and deep and complicated episode, and all they talk about is those four minutes.”

Chase doesn’t recall precisely how he determined this was the way Tony’s story should end, only that he didn’t want to moralize. “I remember saying I don’t want to say that crime doesn’t pay, because that’s not true.”

He thinks viewers were angry, in part, because they expected him to render a verdict on Tony. “A lot of people wanted him to be punished severely. They wanted to see him face down in the linguine. How many times have we seen that? I could have killed him, easily. I think they felt like they weren’t getting their money’s worth — either they’d been cheated or they were disrespected — when they didn’t get an ending. ‘What kind of show is that? I watched it for seven years and there’s no ending?’ I think that’s really what it was about.”

The irony is that the ending (or lack thereof) has been the gift that keeps on giving, allowing fans to talk about the show more than a decade after its conclusion.

While Chase believes the consensus has shifted in his favor and the finale is “more accepted now than it was then,” he also continues to fields criticism from viewers. “People come up and say, ‘I love the show but that ending, marrone, what’s the matter with you?’”

TV Time
(Almost) every show coming to TV this summer. And 29 that aren’t
790 views

TV Time
‘All Rise’ is the first TV drama to tackle coronavirus. Here’s how they did it
443 views

TV Time
‘Every night at 7 o’clock I burst into tears’: TV mentor Tim Gunn is freaked out too
433 views

TV Time
This season, ‘Westworld’ imagines Los Angeles in 2058. Here’s what it looks like
390 views