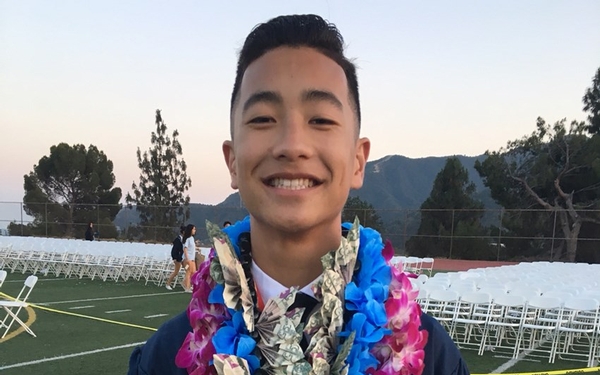 A Southern California college student has been found dead in a home near campus and his fraternity has been suspended, authorities said Monday.

Noah Domingo, 18, of La Crescenta, California, was found Saturday near University of California, Irvine. Irvine police received a call around 9:40 a.m. that Domingo was unresponsive and found him dead in a bed at the home, said Kim Mohr, a police spokeswoman.

Orange County coroner's officials said Domingo died six hours earlier. The cause of his death is under investigation.

Domingo was a first-year biological sciences major at the campus in the heart of Orange County, said Tom Vasich, a university spokesman.

Domingo was a member of the Sigma Alpha Epsilon fraternity, according to the organization.  Read more here!