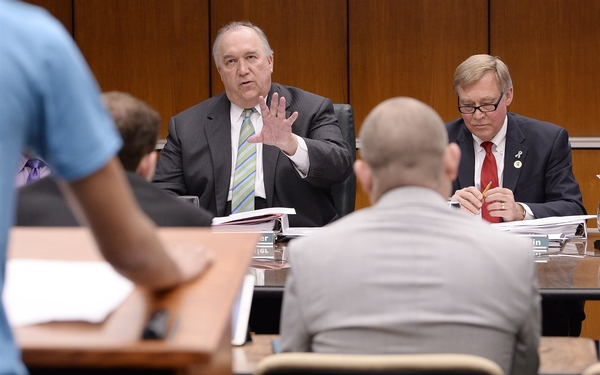 Michigan State University's Board of Trustees will seek to oust interim President John Engler if he doesn't resign amid criticism of comments he has made about victims of imprisoned ex-sports medicine doctor Larry Nassar, a trustee said Wednesday.

Brian Mosallam told The Associated Press that the "the votes are there" to force Engler out at a special board meeting scheduled Thursday at the East Lansing school.

Mosallam said he understood that board Chairwoman Dianne Byrum has reached out to Engler. Both Byrum and Mosallam are Democrats, and Engler is a former Republican governor of Michigan.  Read more here!