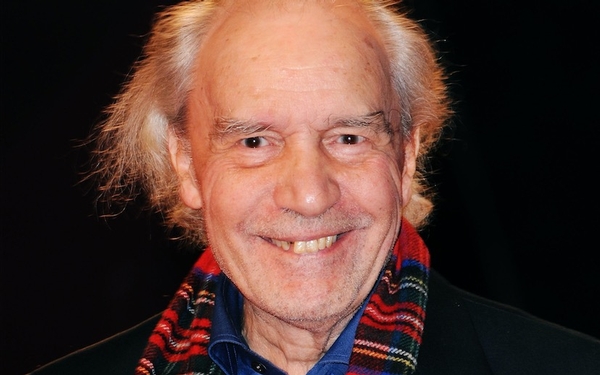 Jacques Rivette’s 1966 film, “La Religieuse (The Nun),” might be one of the greatest prison movies ever made and certainly one of the most controversial. The prison is a Catholic convent, and the inmate we are following is Suzanne Simonin (Anna Karina), a young woman who takes vows against her will.

For the rest of her short, defiant life she will be brutalized by a repressive order that exists mainly to serve the whims of a corrupt aristocracy, the camera catching her every tribulation with a rigorous solemnity that nonetheless burns with anger and compassion.

A foundational figure of the French New Wave, Rivette had made only one other feature, “Paris Belongs to Us” (1961), when he set out to adapt Denis Diderot’s 18th century novel. At a fleet, enveloping 140 minutes, “La Religieuse” is shorter and more dramatically straightforward than some of the director’s later works — including the epic, nearly 13-hour “Out 1: Noli Me Tangere” (1971) — in which he would test the boundaries of narrative form and duration. It has thus been regarded by some as an early, minor aberration in his remarkable oeuvre.

But there is nothing minor about this movie, and nothing particularly aberrant: In its sculptural compositions and meticulous choreography of bodies through space, it has a recognizably Rivettian formal beauty. Certainly there is no better time than the present to appreciate it anew: Restored in 4K from the original film negative, the film’s portrait of totalitarian authority and the reckless abuse of clerical power are as scaldingly resonant now as it ever was.

Rivette and his collaborators anticipated a divisive reception. The script (which the director wrote with Jean Gruault) had to be submitted several times for approval before production could begin, and the film was prefaced by a disclaimer noting that it “does not claim to paint a true picture of religious institutions, even in the 18th century. The audience should place it in both a fictional and historical perspective and refuse any hasty, unfair and indefensible generalizations.”

That excellent advice went unheeded by the French Ministry of Information, which under pressure from conservative religious groups blocked the picture’s exhibition in 1966 — this despite the fact that it had already been twice approved by the Censorship Board. (According to critic Kevin Jackson, the second approval was granted with the guidance of a mother superior, who found the film “perfectly realistic and nothing to be upset about.”)

Outraged protests and reams of press coverage followed, and eventually the picture was allowed to be shown at the Cannes Film Festival, where it was greeted with much acclaim and little of the judgmental hysteria with which so many had condemned it, sight unseen. It had its belated French theatrical release in 1967 under the title “Suzanne Simonin, La Religieuse de Diderot.”

The movie’s Suzanne is a beauty, and from the opening minutes in 1757 Paris, when we first see her protesting her vows literally from behind bars, we sense that she is being persecuted, at least on some level, for her loveliness. Her presence in the family has been a painful, distracting reminder to her mother (Christiane Lenier), who informs Suzanne that she was the product of an extramarital affair. After the costly marriages of her (legitimate) sisters, the family is unable and unwilling to give her a dowry.

Effectively disowned, Suzanne has no choice but to take the veil, a commonly prescribed solution for many inconvenient women of her era. “La Religieuse” bluntly posits an unholy communion between the ruling and religious classes, suggesting that the church’s display of piety was little more than a superficial cover for the decadence of the pre-Revolutionary aristocracy. We also observe the French legal system’s strict enforcement of religious orthodoxy, as Suzanne begins a long, protracted effort to be released from her vows.

But the movie derives much of its power not by unraveling an external conspiracy, but rather by observing a system of cruelty from within. We are with Suzanne at every step of her ordeal, and Karina, no less a New Wave icon than Rivette, brilliantly incarnates the soulful turmoil of a silent-movie heroine.

With the exception of a kindly mother superior named Madame de Moni (Micheline Presle), Suzanne is despised and mistreated almost from the moment of her arrival.

It’s a story with clear applications beyond the 18th century Catholic Church, which may explain why Rivette’s movie feels so undated, so conversant with our present moment, when repressive forces come cloaked in more than clerical robes.

By dint of its often torturous subject matter, “La Religieuse” should itself be torturous. But there is something about the quality of the movie’s concentration — the richness of the muted gray colors, the cruel refrain of church bells — that holds you rapt. Rivette was often regarded as the most theatrical of New Wave directors, and “La Religieuse,” originally conceived as a play, bears out that assumption.

You can see it in the fluidly staged long takes, the emphasis on group dynamics, the way the movie doesn’t just seem to be recording Suzanne’s tribulations but guiding her through them, as if by doing so it could save her from her ghastly fate. It doesn’t; Rivette observes without intervening. But up through the devastating final moments, he utterly refuses to let her go.

Special Features
Digital theater is all the rage, but could it destroy the live stage?
177 views

Special Features
Now’s the perfect time to dive into musicals. Here are our critic’s top 7 to watch
230 views

Special Features
Oscars 2020: Who will win and who should win
852 views

Special Features
Secret screenings. Redacted scripts. How they make the twists in ‘This Is Us’
350 views