The Delines, Joe Jackson and Deerhunter 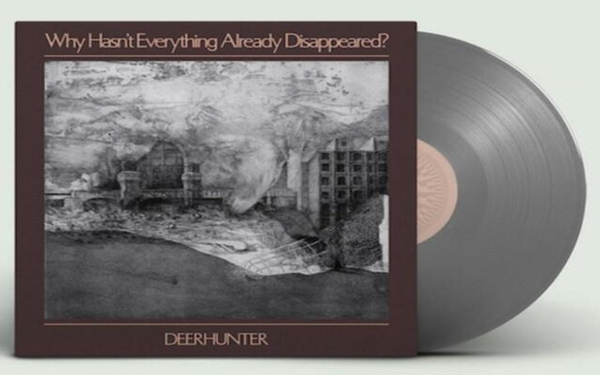 Songs by the Delines take place in seedy motels, dimly lit lounges and Walmart parking lots where soul music horns and pedal steel guitars do a down-and-out slow dance as bruised and battered characters angle for a second chance. Reno-raised guitarist Willy Vlautin has four novels under his belt — last year’s “Don’t Skip Out On Me” is the most recent — and he also fronts the country-rock band Richmond Fontaine. He writes the sharp, sad Western noir songs that play out like literary-quality short stories. Singer Amy Boone — who’s back in the band after recovering from a serious car accident that broke both of her legs — brings Vlautin’s songs to life with a deeply human, conversational intimacy that’s heartbreaking in a thousand little ways. That goes for hope-against-hope love songs like “Let’s Be Us Again,” the minimalist blues “Roll Back My Life” and the quietly devastating “He Don’t Burn For Me.” A beautiful bummer of a record. — Dan DeLuca

For his first album in four years, British power-pop sophisticate Joe Jackson veers closer to the spunky guitar-driven sound that characterized the beginning of his four-decade career than the cosmopolitan, Bacharachian sound of his “Night and Day.” Using a loose theme based on the masks of Comedy and Tragedy that appear on the “Fool” cover, Jackson finds his punk’s alienation and angst all grown up and tied to lived-in tales of love, loss, and the mystery of art. The hard pop of “Alchemy” takes on the wonder of the aesthetic process and all that it’s held for Jackson to this point. That same process and its jumbled wordplay drive the catty, power-chord-pulsing “Fabulously Absolute” and the paranoid “Big Black Cloud,” the latter touched by Jackson’s famously graceful piano. In tune with the dominant superhero culture, the album’s title tune speaks to a champion protector put on earth strictly to make us smile. With that, Jackson becomes a hero of sorts, making sure a gentle, genuine laugh comes with his usually cynical smirk. — A.D. Amorosi

“Nostalgia is toxic,” proclaims Deerhunter’s Bradford Cox in the notes for “Why Hasn’t Everything Already Disappeared?” –– the unpredictable Atlanta band’s eighth album (amid numerous EPs and tour-only releases). Like most Deerhunter albums, this one contains a sense of foreboding and existential crisis, but it’s hidden in cheerful melodies and kaleidoscopic, candy-colored arrangements that often include horns and harpsichords among the guitars and synthesizers.

Reference points include inventive Elephant Six bands like Of Montreal, the new wave synth pop of Gary Numan, Village Green-era Kinks, and Syd Barrett-period Pink Floyd. But nothing is tainted with toxic nostalgia; rather, the tone is extroverted and often joyful, even when Cox sings of the murder of a British MP (“No One is Sleeping”), of the transience of relationships (“What Happens to People?”) or of James Dean’s desolation when filming “Giant” in Marfa, Texas, where Deerhunter recorded much of the album (“Plains”). — Steve Klinge