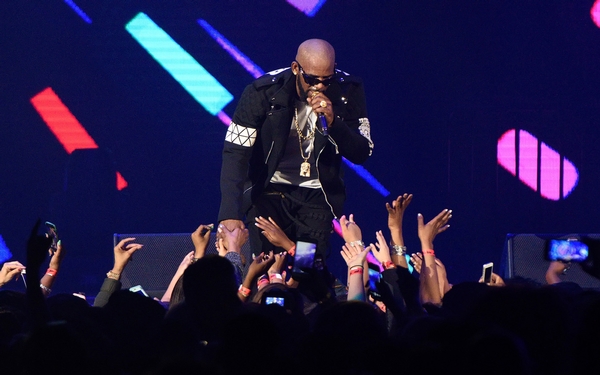 When RCA Records dropped R. Kelly from its artist roster a few days ago, those outraged by the mounting allegations against the R&B star might justifiably have asked, “What took so long?”

Kelly had been associated for decades with RCA Records, a division of Sony Music Entertainment, and been the subject of investigative reports, lawsuits and legal proceedings concerning sexual assault for nearly as long.

As long ago as 1994, as reported by the Washington Post, Kelly’s record company was tipped to the singer’s penchant for picking up underage girls after concerts by the singer’s own tour manager at the time. Clive Calder, founder of the Jive Records label that initially signed Kelly, told the Post in May 2018 that he regretted not trying harder to get help for Kelly. “Clearly we missed something,” Calder told the Post.

At best, the record industry consistently turned a blind eye to the charges swirling around Kelly’s private life. At worst, it enabled him. The one incontrovertible truth is that the industry continued to profit from the music of an artist accused dozens of times of assaulting women and girls over a quarter-century.

Over the next two decades, Kelly would make an estimated $150 million for his label with 32 million album sales. As a touring act he was nearly as formidable, with revenue of $5.7 million on a 2003 tour, $13.7 million on a joint tour with Jay-Z in 2004 that was cut short when the headliners clashed, and $8.3 million on a 2007 solo tour. As recently as 2017, Live Nation –– the biggest concert promoter in North America — was still promoting an R. Kelly tour when reporter Jim DeRogatis broke another alarming report about Kelly’s offstage activities in Buzzfeed.

The Buzzfeed piece by DeRogatis, who broke the initial stories on the allegations against Kelly in 2002 in the Chicago Sun-Times, reported that Kelly has been allegedly holding women against their will in a cultlike setting. Among those speaking out was Kelly’s ex-wife, Andrea Kelly. (DeRogatis and I have co-hosted the radio show “Sound Opinions” since 1999.)

Kelly concerts in New Orleans, Dallas, Los Angeles and other cities were canceled after the report surfaced, and the #MuteRKelly protest campaign was launched. The activists partnered with the Women of Color group within the Time’s Up movement and called for Kelly’s business partners to sever their relationships with him.

A multi-part documentary this month on Lifetime, “Surviving R. Kelly,” amplified much of DeRogatis’ reporting with interviews of several women who claimed Kelly abused them. The Kelly protests grew in volume and visibility, as major artists such as Lady Gaga, Chance the Rapper and the rock group Phoenix expressed regret over working with the singer in the past. On Jan. 11, activist group UltraViolet chartered a plane to fly over the Sony Music offices in California with a banner that read, “RCA/Sony: Drop Sexual Predator R. Kelly.” Protesters also gathered outside the Sony Music offices in New York Jan. 16 to pressure the label to drop Kelly. A few days later, reports of the RCA/Sony decision to part ways with Kelly surfaced.

There was no formal announcement and record company executives could not be reached for comment. But Kelly’s name no longer appears on the record company website and multiple reports confirm that the singer is no longer on the label roster.

Though the media coverage and protests undoubtedly played a role in the RCA/Sony decision, it’s equally likely that Kelly’s declining commercial fortunes made it easier for the label to drop him. Kelly has not released a studio album of new music since “The Buffet,” in 2015, which turned out to be the lowest-charting album yet of the singer’s career. A seasonal album released the next year, “12 Nights of Christmas,” fared even worse. It debuted at No. 177 on the Billboard 200 chart and quickly fell off. Kelly has resorted to releasing his latest songs on the Soundcloud streaming platform.

It’s difficult to precisely pin down why Kelly’s music has declined in popularity. For more than a decade after the allegations against the singer broke, his career continued to sail along. On a wider level, the impact of the #MeToo movement on the music industry has been late in arriving. While giants in the movie and TV industry (Harvey Weinstein, Bill Cosby) have tumbled amid sex-abuse allegations, the music business has seen little fallout –– until recently.

A panel at the South by Southwest Music conference last year in Austin, Texas, wrestled with the question, and longtime public-relations executive Beth Martinez cut to the chase. Ultimately, Martinez said, it’s up to the fans to reconsider their economic relationship to artists who have eluded taking responsibility for their actions. “No one in a capitalist society is going to be self-policing,” Martinez said. Record companies and concert promoters “are going to make as much money as long as they can” off artists such as Kelly. “If you boycott records by abusive people, the labels won’t put them out. When I found out about R. Kelly, I voted with my dollars.”

The history of rock/R&B/hip-hop is populated with artists whose popularity was enhanced by their outlaw behavior. “Sex, drugs, rock ‘n’ roll,” “I fought the law and the law won,” “F—- the Police,” were all image-enhancing slogans for artists who didn’t play by the same rules as everyone else. It made it easy for record-company executives to excuse or ignore almost any kind of abhorrent behavior as long as the revenue kept pouring in. Little wonder that Kelly was viewed as a pariah by his record company only after the river of money he made them for 25 years started to show signs of drying up.