What is the planetary diet? New diet could save Earth, save lives and aid world hunger, study says

Our current food production and consumption habits are doomed to "exacerbate risks to people and planet," according to a new study. (Dreamstime/TNS)

Our current food production and consumption habits are doomed to “exacerbate risks to people and planet,” according to a landmark study published in The Lancet this week. But if we make a radical change — as in, cut our sugar and red meat by half and double our vegetable, fruit and nut consumption — we could potentially prevent up to 11.6 million avoidable deaths per year without hurting our home.

The new research comes from a group of 37 scientists from around the globe, all of whom are part of the EAT-Lancet commission. According to EATforum.org, “food systems are a major source of greenhouse gas emissions” and are “the main user of fresh water, a leading driver of biodiversity loss, land-use change and cause eutrophication or dead zones in lakes and coastal areas.” Unhealthy diets offer harmful effects of their own. They’re “the leading risk factor for disease worldwide, causing rapidly growing rates of Non-communicable-Diseases (NCDs) such as diabetes, heart disease and cancers.” World hunger is yet another challenge.

But despite evidence showing the way we eat and produce food is indeed damaging our planet and exacerbating disease, there isn’t a scientific consensus on what a healthy diet is, how food production can be sustainable and whether healthy diets can meet the demands of sustainability. That’s where the 37 scientists come in. The researchers used the “best available evidence,” including randomized trials, massive cohort studies and controlled feeding studies to come up with what they’re calling the “planetary health diet.”

“To have any chance of feeding 10 billion people in 2050 within planetary boundaries, we must adopt a healthy diet, slash food waste, and invest in technologies that reduce environmental impacts,” co-author Johan Rockstrom of the Potsdam Institute for Climate Change Impact Research told Phys.org. According to researchers, the Earth can only handle up to 10 billion people. And without the global adaptation of the diet, the planet may not be able to meet the goals of the 2015 Paris Climate Agreement.

The new diet provides “governments, producers and individuals with an evidence-based starting point to work together to transform our food systems and cultures,” Howard Frumkin, head of UK biomedical research charity the Wellcome Trust’s Our Planet Our Health program, which funded the research, told CNN.

Here’s what you need to know about the new diet:

The planetary diet, or the flexitarian diet, doesn’t mean you’ll have to get rid of all the meat and dairy in your life.

“If we were just minimizing greenhouse gases we’d say everyone be vegan,” researcher Walter Willet said. But according to him, a vegan diet wasn’t necessarily the healthiest option.

For meat-lovers, though, this will still mean making significant adjustments and relying on nuts and legumes for protein instead.

Essentially, Willet said, “global consumption of fruits, vegetables, nuts and legumes will have to double, and consumption of foods such as red meat and sugar will have to be reduced by more than 50 percent. A diet rich in plant-based foods and with fewer animal source foods confers both improved health and environmental benefits.”

IS THE DIET HEALTHY FOR ALL AGES?

According to the study, the meal plan is meant for people over the age of 2.

Researchers recommend people consume 2,500 calories per day on the diet.

Here’s what a day on the diet might allow:

ACCORDING TO RESEARCHERS, WHAT COULD HAPPEN IF EVERYONE AROUND THE GLOBE ADOPTED THE DIET?

Up to 11.6 million premature deaths could be avoided every year, as researchers believe the diet will reduce chronic diseases like heart disease, diabetes and stroke.

We could also prevent severe environmental degradation by minimizing impacts on biodiversity and following the set targets of the Paris Agreement (keeping global warming below 35.6 degrees Fahrenheit; aiming for 34.7 degrees).

HOW REALISTIC IS THIS GLOBAL ADAPTATION?

“It is doable but it will take nothing less than global agricultural revolution,” according to Rockstrom.

For populations dependent on animal protein or populations suffering from malnutrition and inadequate plant sources, adopting a planetary diet will prove especially challenging. Local conditions must be taken into account.

Wellcome Trust senior science lead Modi Mwatsama told CNN that at the world’s current level of food production, the diet isn’t achievable “unless there are structural changes, such as subsidies that move away from meat production, and environmental changes, such as limits on how much fertilizer can be used.”

Researchers’ five strategies to push for this radical shift:

1. International and national commitment toward a healthy diet based on the aforementioned recommendations

2. Reorienting of agriculture and fishing priorities from high quantity production to producing a diverse array of healthy foods

3. Call for an agricultural revolution driven by sustainability though improved fertilizer and water use; enhancing biodiversity; recycling phosphorous; and more

5. Reduction of food loss during production as well as food waste at consumption levels

Read the full study at thelancet.com.

Special Features Dining
When the rich try to eat like they’re poor
1,507 views 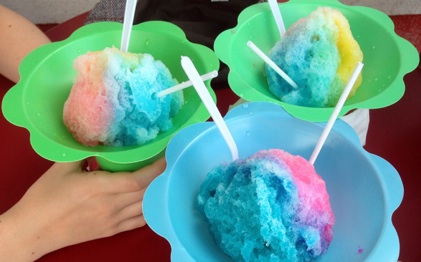 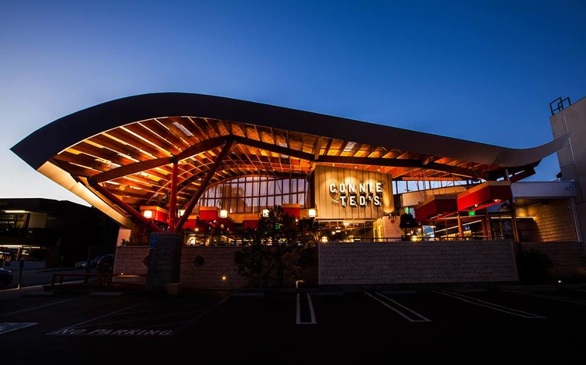