Freshman applications dip at UC for the first time in 15 years. Is it the start of a trend? 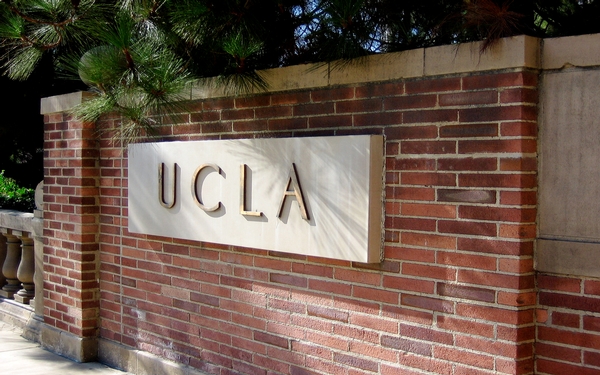 For the first time in 15 years, the number of would-be freshmen applying to the University of California has dropped, the first sign that a national trend of declining college enrollment could be hitting the West Coast.

Applications for the coming school year dipped by 3% to 176,530, according to preliminary UC data released Tuesday. The drop could be a temporary blip, experts said. Among the system’s nine undergraduate campuses, only three — UCLA, UC Berkeley and UC Santa Cruz — saw declines in freshman applications.

But the number of students graduating from California high schools is forecast to top out in six years. And that demographic trend already has hit the nation’s Northeastern states, where birthrates began declining years ago and enrollment has dropped even at elite institutions, such as Princeton University and MIT.

“What the California system is experiencing this year is just a taste of some of the challenges it will experience in a decade or so,” said Nathan D. Grawe, a Carleton College professor of economics and social sciences, and author of “Demographics and the Demand for Higher Education.”

UC officials said it was difficult to pinpoint reasons for the drop in freshman applications.

Possibilities include a decrease in the number of high school graduates; wildfires and other natural disasters that could have made it harder for students to apply; an incentive to enroll in community college using a new state waiver of tuition for the first year; and the deterrent of newly restrictive federal immigration policies, said Han Mi Yoon-Wu, the UC system’s interim associate vice president and director of undergraduate admissions.

Another possibility is that students are applying to fewer campuses after years of doing the opposite, said Youlonda Copeland-Morgan, UCLA vice provost of enrollment management. Nationally, 35% of prospective first-time freshmen applied to seven or more colleges in 2016 — more than double the rate from a decade earlier, according to the National Assn. for College Admission Counseling.

“Over the years, high school students have been totally stressed out about where to apply,” Copeland-Morgan said. “We’ve put a lot of emphasis in talking to students across the state that it’s not necessary to apply to 10 schools. We want them to make informed decisions and understand their best fit.”

UCLA, for instance, is the most popular campus for applicants in the nation. For each of the last three years, it collected more than 110,000 applications for about 5,700 seats for freshmen. For the fall term, applications to the Westwood campus dipped slightly — by about 2% — but still numbered 111,266.

“The state schools are getting harder and harder to get into, and their financial aid is getting stingier and stingier,” McGee said. “I feel [that] for students who have done very well in school, private school and out-of-state public school is the answer.”

McGee’s son Roman refused to apply to a single UC campus, she said, and planned to attend his top choice of Northwestern University, just outside Chicago, in the fall. He said he wanted to experience life away from home.

Another Downtown Magnets student, Joshua Sto. Domingo, says he likes UC schools and top-rated liberal arts schools on the East Coast, including Amherst College in Massachusetts and Bowdoin College in Maine. He is particularly impressed by UC Irvine.

“Their political science program is renowned,” he said. “The majority of their graduate students get into top-notch graduate schools."

Another benefit: California is a safer place because he lacks legal status to live in the U.S.

Jacob Jackson, research fellow with the Public Policy Institute of California, said the decline in nonresident applicants began a few years ago and could be tied to the limit on out-of-state and international students that the UC Board of Regents approved in 2017. However, the number of applications from students who are low-income and the first in their families to attend college increased slightly over last year. Applications from transfer students also inched upward, by 1% to 35,178, for fall 2019 among students from California community colleges.

Grawe says UC will have less of a reason to worry about a drop-off in enrollment than other college systems in California. Rising education levels among parents and a growing Asian American population will provide buffers for highly selective universities, he said.

“The landscape is more forgiving for selective institutions,” Grawe said.

But the potential for a lengthy decline in enrollment, following similar trends across the U.S., has raised questions about the bevy of construction projects under consideration on UC campuses to accommodate the record enrollment of the last few years. UC and California State University are exploring putting a measure on the 2020 ballot for an $8-billion construction bond. Gov. Gavin Newsom also has proposed funding a study on building a new Cal State campus, possibly in Stockton.

Nathan Brostrom, UC’s chief financial officer, said much of the money the system was seeking was needed to repair existing buildings and for upgrades for earthquake safety. UC’s growth has strained campuses in need of more classrooms, teaching labs and student housing.

“We are playing catch-up on most of our campuses,” he said in an email.