After years of disrupting Hollywood, Steven Soderbergh finds an unlikely ally in Netflix 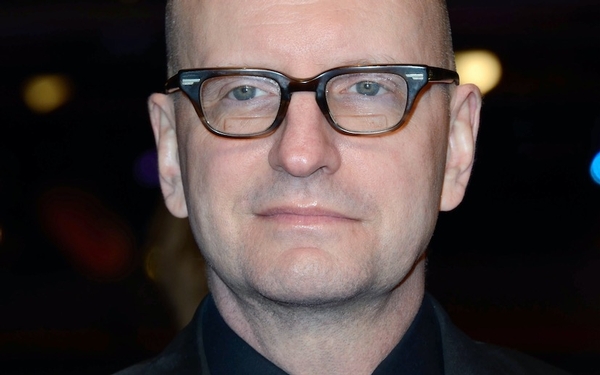 At the Treasure Mountain Inn, home to the Slamdance Film Festival, Steven Soderbergh arrives at the top of the stairs leading to the crowded lobby, pauses and takes a hard right, heading down a narrow path to a side door.

Soderbergh’s entire career might be seen as a series of hard turns and side doors, the constant being a commitment to the unexpected. So of course while the world-famous Sundance Film Festival is in full swing elsewhere in Park City, the Oscar-winning filmmaker is here at its upstart neighbor for the premiere of his new film “High Flying Bird” while also accepting Slamdance’s Founders Award.

“High Flying Bird,” out on Netflix and in a limited theatrical release, is unfiltered Soderbergh, the kind of movie he has fought hard for the freedom to make. His twin interests in how things get done and how people work — on display in “Out of Sight,” “Erin Brockovich,” “Traffic,” the three “Ocean’s” pictures and “Magic Mike” — is once again a main concern.

“High Flying Bird” unfolds during a pro basketball players’ lockout, as sports agent Ray Burke (Andre Holland) scrambles for a solution to the stalemate, concerned that the career of his young rookie draft pick Erick Scott (Melvin Gregg) may be over before it has begun. The cast includes Zazie Beetz as an ambitious assistant, Sonja Sohn as a players union rep, Kyle MacLachlan as a team owner and Bill Duke as a community coach.

Shot on an iPhone, for a reported budget of about $2 million, “High Flying Bird” finds Soderbergh creating something intimate in size and epic in ambition, an invigorated tale of business machinations that one character refers to as “a game on top of a game.”

As much as any working filmmaker, Soderbergh has long seemed invested in rethinking the system by which movies are made and distributed. He remains open to new methods in all facets of the process and unafraid of change.

“We’re always looking for inefficiencies that can be addressed,” Soderbergh says a few hours before his Slamdance tribute. “I want to be rolling as often as possible; the goal [in my filmmaking] is to be rolling camera, so I’m on the lookout for things that are getting in the way of that.

“The good news about this job is that every project is completely different and has a new set of demands and needs,” he says. “And so already in my mind it throws open the idea of, ‘Well, how do we want to do it this time?’ I’m always looking to have an experience, that if it doesn’t annihilate the experience that I just had, at least there’s some aspect of it that’s in contrast. So I feel like it’s fresh.”

Though it may seem odd at first glance that Soderbergh would premiere his new film at Slamdance — or perhaps characteristically idiosyncratic — he has a longstanding relationship with the festival. As Slamdance president and co-founder Peter Baxter tells the story, the festival’s first opening night, a 1996 premiere screening of Greg Mottola’s “The Daytrippers,” which Soderbergh had produced, was nearly derailed when the projectionist had a heart attack (he lived) and the projector broke down as well. After someone else was electrocuted trying to fix it, Soderbergh, screwdriver in hand, got the projector running.

“That’s not my recollection,” Soderbergh says. “Or rather, that I had any sort of direct hand in fixing one of these broken projectors.”

Of Soderbergh’s ongoing support for Slamdance, Baxter says, “Steven has helped our organization grow, recognizing talent and launching careers. And he not only serves as a reminder about what we as filmmakers strive for, he has shown time and again how to do it yourself and on your own terms.”

Burns and Soderbergh have a long creative collaboration. Burns wrote screenplays for Soderbergh’s films “Contagion,” “The Informant!” and “Side Effects” as well as “The Laundromat,” a big-scale project about the Panama Papers coming out this year from Netflix and starring Meryl Streep, Gary Oldman and Antonio Banderas.

Introducing the world premiere of “The Report” at Sundance, Burns thanked Soderbergh for having “taught me how to turn curiosity into gainful employment.”

This current period of Soderbergh’s career might be thought of as his post-Hollywood phase, in which he has left behind many of the trappings of the movie business that drove him to announce his retirement in 2013. Though relatively short-lived, that time away was essential to getting him to where he is now.

It was receiving the script for the Cinemax series “The Knick” — “I decided I wanted to do it because I didn’t want to see somebody else do it,” he says — that Soderbergh returned to filmmaking.

“I needed a reset, that was obvious,” he says of the brief “retirement.” “That’s what the retirement was really in aid of. There was some static or a dark cloud, something was bugging me, and I just needed some way of getting back to the feeling that I want to have when I go to work.”

With the two features he made after his break, 2017’s heist comedy “Logan Lucky” and 2018’s psychological thriller “Unsane,” the filmmaker also experimented with distribution models. He wanted to create a wide release on a smaller budget, attempting to put more control back in the hands of filmmakers away from studio marketing departments.

“It didn’t work,” he says. “The studios were right about everything. I was wrong and they were right. Sometimes you need to have an experience to have it take.”

“Logan Lucky” made just under $28 million at the U.S. box office, despite opening on a massive 3,000 screens. “Unsane” topped out just under $8 million.

“What we were trying to do wasn’t a threat; it was merely the hope that another avenue would open up,” he says, “a model that wasn’t as expensive and that gave more creative control and financial transparency to the filmmaking team. That was the goal. It just didn’t work.”

Soderbergh says there were offers from top-shelf independent distributors for “High Flying Bird,” but instead of struggling with a conventional theatrical release and having a film about American basketball reach the rest of the world piecemeal, the instant worldwide push of a release via Netflix made sense.

With all the recent attention to the exclusive theatrical releases given by Netflix to titles from high-profile filmmakers such as Alfonso Cuaron’s “Roma” and Joel and Ethan Coen’s “The Ballad of Buster Scruggs,” Soderbergh expresses indifference on the matter.

“I made it clear to them I didn’t care,” he says of a theatrical release, “but I think knowing that ‘The Laundromat’s’ coming down the pike this fall and given its scale and cast, they’re probably going to want to do some sort of theatrical thing … . What they were suggesting to me is, ‘We think it would be really bad optics if people looked back and went, “Oh, so Steven’s movie of this kind at Netflix gets to go out in a theater, but that other movie that he made, they didn’t seem to think that it was worthy of the effort?”’ When they framed it that way, that it could be viewed as a diss on ‘High Flying Bird,’ I said, ‘Fine.’

“As long as they see it,” he says about how and where people see a movie. “It’s not the moral dilemma that it is for some people.”

Soderbergh had been interested in directing a film about the business of sports rather than the outcome of one big game ever since he nearly directed the baseball picture “Moneyball” almost 10 years ago. “High Flying Bird” came from conversations he’d had with “The Knick” star Holland about finding another project to do together.

Holland had worked with Tarell Alvin McCraney before the writer’s Oscar-winning success on “Moonlight” and suggested him to write the screenplay for an idea about basketball and its relationship to its players — in particular the complex dynamics of labor between the mostly white owners and the mostly African American athletes.

“I think the important thing is that Steven gave us space, me and Tarell, to craft the script to really tell the story that we wanted to tell, that we felt was appropriate,” Holland says. “In our research process, we reached out to Harry Edwards [author of ‘The Revolt of the Black Athlete’], who obviously has a lot of experience in this arena. It was just a great collaboration. I think [Soderbergh] was the right guy.”

“High Flying Bird” was shot on an iPhone 8 using adapters over the lens similar to those used by Sean Baker for the critically acclaimed indie “Tangerine.” On “Unsane,” Soderbergh also used an iPhone but relied more on post-production filters to modify the look — what he calls a “developed in gasoline aesthetic.”

Soderbergh has for quite some time acted as his own cinematographer under the pseudonym Peter Andrews and edited his own films under the name Mary Ann Bernard. He describes taking on those additional roles by saying, “Look, it’s two conversations I don’t have to have. So that’s good.”

While he’s being honored by Slamdance, 2019 marks a special year for Soderbergh’s connection to Sundance as well. It’s the 30th anniversary of his breakthrough debut, “Sex, Lies and Videotape,” which won the Palme d’Or at the Cannes Film Festival and the audience award at Sundance and earned Soderbergh an Oscar nomination for original screenplay.

“Sex, Lies and Videotape,” released by Miramax films, was key in launching the mythology of ‘90s independent cinema, of which Harvey Weinstein was very much a part. So do the revelations about Weinstein’s alleged sexual abuses make Soderbergh think differently about the legacy of that time?

“I mean, you can’t not. This is new information that colors everything, for sure,” he says. “I think Harvey would tell you he only achieved all the things that he achieved by being Harvey, in all of its particulars. And I would say you’re half of what you could have been if you didn’t behave like this — you’d be a lot further along.

“So it’s regime change,” he says of how the Weinstein revelations have changed the industry. “It’s going to be messy, [but] that can’t be a bad thing that people now — when they talk about the subject matter of the movie, who’s going to be cast, who’s going to be involved creatively, what the economic structure of the project is — right out of the gate now, everybody’s talking about all of these issues. I think it’s great.”

Thoughtful and observant, Soderbergh nevertheless isn’t one for looking back. However, the journey from “Sex, Lies and Videotape” to “High Flying Bird” makes sense, even if it’s not exactly a straight line.

He is a rare personality equally at home at Slamdance and Sundance. In the Hollywood game and outside it.