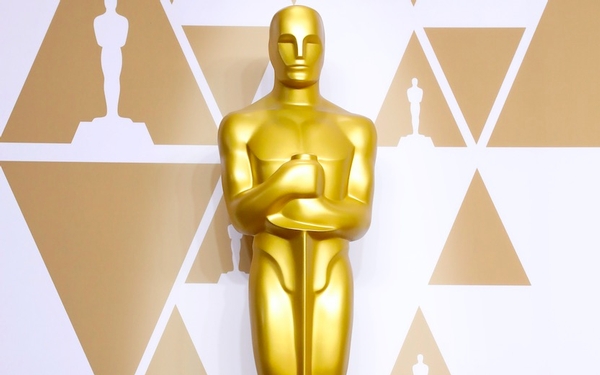 Remember when the Oscars had supporting actor categories?

Technically, of course, they still do. But category fraud — manipulating nominations to achieve maximum Oscarage — has changed the supporting actor races so much that they no longer accomplish what they were created to do: honor the character actors who are the backbone of the movie industry and who tend not to get cast in leads.

Half of this year’s 10 supporting nominees are leads who landed in the supporting category because they had a better shot at winning there. Generally, movie studios decide which categories to place actors in, and the decisions don’t always parallel a movie’s credits. For instance, Mahershala Ali is a billed-above-the-title co-lead in “The Green Book,” and everything about him screams “leading man,” but he’ll probably win the supporting award (for the second time in three years) because his character has so much more screen time in which to make an impression than the legitimate supporting actors he opposes. I’d also argue that Adam Driver is a co-lead in “BlacKkKlansman” or, at least, a lead who gained awards traction by taking a supporting part.

The supporting actress category is even less “supporting.” Rachel Weisz and Emma Stone, both previous Oscar winners, are co-leads in “The Favourite” with best actress nominee Olivia Colman. Never mind that Stone’s role is probably the largest of the three and definitely has the biggest character arc. The producers wanted to max out the movie’s slots and knew there was no way all three would get best actress nominations, so they pushed Weisz and Stone off to supporting. Amy Adams’ role in “Vice” is not as big as co-star Christian Bale’s, but she has the primary female role, she’s billed second and it’s her character’s desires that drive the plot, so if she is “supporting,” it would be interesting to know whom she supports.

Studios are out to snag as many Oscar nominations as possible, by any chicanery necessary. The classic recent example of category fraud is 2015’s “Carol,” in which Rooney Mara was unquestionably the lead (the Cannes Film Festival gave her its best actress prize, in fact). But Focus Features pushed her for a supporting nomination because she was not as well known as is co-star Cate Blanchett, whose part actually was smaller but who was thought to have a better chance in the lead category because she had already won a naked gold guy. (As it turned out, both went home empty-handed.)

Usually, award-givers let studios slide with these shenanigans but occasionally the gamesmanship is so ridiculous that even they balk. When Alicia Vikander was pegged by her studio as a supporting actress for 2015’s “The Danish Girl,” a film in which she was the protagonist, the Oscars went along with it, but the famously purchasable Golden Globes objected, insisting on putting her in the lead category. Kate Winslet campaigned as a supporting actress for 2008’s “The Reader” because she was the lead in two movies that year (“Revolutionary Road” was the other) and didn’t want to end up competing against herself. But her title role was so inarguably the main character in “The Reader” that Oscar voters demurred, putting her in the lead race. Which she won.

It was not always so. Look at the lists of early winners and, up until at least the 1980s, they fall into a few groups: character actors in small but important roles (Minnesota native Gale Sondergaard in 1936’s “Anthony Adverse,” Hattie McDaniel three years later in “Gone With the Wind”), newcomers who took small roles before graduating to leads (Teresa Wright in 1942 for “Mrs. Miniver,” Goldie Hawn in 1969’s “Cactus Flower”) or veterans of a certain age (Helen Hayes in 1970’s “Airport,” Ingrid Bergman in the 1974 version of “Murder on the Orient Express”). Same for supporting actor.

The change came about gradually, but one key sign of a shift toward big stars in the supporting categories is Cloquet, Minn., favorite Jessica Lange, winning in 1982 for “Tootsie.” Her part wasn’t as big as Dustin Hoffman’s title role, but she was the romantic lead, was billed above the title and she’d already played lots of leads (she scored a best actress nom that same year for “Frances”).

Identical trends apply to the supporting actor race until 1980, when Timothy Hutton won for “Ordinary People,” playing the largest, most pivotal role. His alleged “supporting role” was nudged in that direction by the unwritten Oscar rule that young actors (he was a teenager) always were considered supporting players, regardless of role size. (That “rule” disappeared with preteen Keisha Castle-Hughes’ best actress nomination in 2003 for “Whale Rider,” when voters ignored the studio’s attempt to pass her off as a supporting actress.)

No shade against Hutton, whose heartbreaking performance stands the test of time. But: It’s a leading performance, so, of course, it overshadowed the legitimate supporting actors against whom he was competing, while also removing him from competition with Robert De Niro, who everyone knew was going to win best actor that year for his all-timer work in “Raging Bull.”

Genuine supporting performers still sneak in the occasional win — J.K. Simmons four years ago in “Whiplash,” Octavia Spencer in 2011’s “The Help” — but the supporting categories have become dominated by actors who downshift themselves from leads to the supporting category in which they have a better shot at winning. Consider Viola Davis, who won a lead actress Tony in 2010 for “Fences,” the same role for which she won a supporting actress Oscar six years later.

Surprisingly, the reverse has happened on occasion. Anthony Hopkins took the best actor trophy for 1991’s “Silence of the Lambs,” a film in which his impact was huge but his part wasn’t. But he probably won because the performance was spectacular and Hopkins was due. Going way back to 1937, Luise Rainer was a star, not a character actor, so she was pushed into the best actress category for her one-scene role in “The Great Ziegfeld.” And she won.

One category that doesn’t get talked about much because of its low profile is best documentary short subject. The definition of “short” has changed over the years but it’s currently at 40 minutes. Anything longer than 40 minutes and the “short” suddenly becomes a “feature,” a much more competitive category.

Obviously, potential nominees are aware of that 40-minute dividing line, and they use it to their advantage. The length of short docs ranges all over the place, with winners regularly coming in as short as 20 minutes, and this year’s nominated “A Night at the Garden” clocking in at just 7. But it cannot be a coincidence that the last four winners all have been exactly 40 minutes long, meaning their creators maxed out the storytelling time available to them while making sure their films qualified as shorts.

Granted, there’s nothing sneaky with that — they’re following the rules — but it underscores the arbitrariness of picking 40 minutes as the cutoff, particularly since just 240 additional seconds shoved the 44-minute-long “Complaints of a Dutiful Daughter” into the feature category in 1994.

Which brings us to this year’s exactly 40-minute “End Game.” Filmmakers Rob Epstein and Jeffrey Friedman are very aware of the difference between features and shorts, since they’ve won two feature Oscars (for “Common Threads: Stories From the Quilt” and “The Times of Harvey Milk”). By carving their “End Game” down to the maximum for a documentary short, they made themselves by far the highest-profile contenders and, like a lead actor who goes supporting, also the most jam-packed entry in their category.

In the end, maybe this is all just inside baseball. The Oscars might have an impact on box office receipts and on the bottom lines of the people who win, but as far as the general public is concerned their actual importance lies somewhere north of homecoming queen and south of getting a patent. Still, if you’re going to divide your movie awards into 24 categories, wouldn’t it make sense to find a way to enforce them?

Special Features
Intimate portraits piece together the puzzle of Natalie Wood, the person and mother
326 views

Special Features
Now’s the perfect time to dive into musicals. Here are our critic’s top 7 to watch
225 views