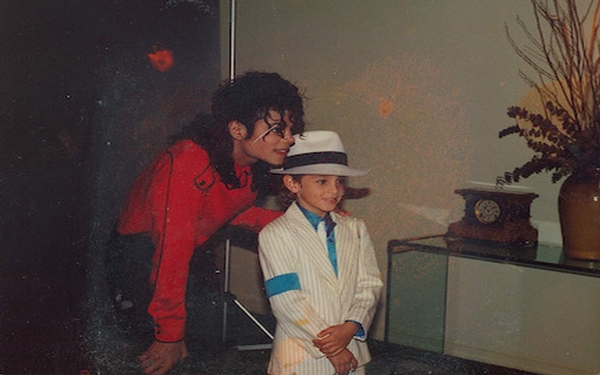 We’re all playing it.

Every day in Chicago, we play the guessing game “Guilty or Innocent?” as we debate, for sport, a scandal-clouded celebrity’s guilt or innocence.

First it was “Empire” cast member Jussie Smollett. The actor and musician has been charged with filing a false police report relating to an apparently self-staged hate crime.

Then came the latest chapter in the saga of R. Kelly: music giant and alleged serial sexual predator, recently arrested on 10 counts of aggravated criminal sexual abuse. Lucifer or pariah? For some, it depends how much they admire the man’s music.

Now comes “Leaving Neverland,” airing on HBO Sunday and Monday, to be followed Monday by “Oprah Winfrey Presents: After Neverland,” on HBO and OWN. The two-part, four-hour documentary likely won’t change the minds of the die-hard Michael Jackson supporters. His hard-line champions, nearly 10 years after Jackson’s death, at 50, believe the pop legend was, is and always will be innocent of all allegations of child molestation.

Flawed but seriously compelling, writer-director Dan Reed’s film is interested in something other than changing the minds of skeptics or pre-registered haters.

At its best “Leaving Neverland” is a recovery process story. It details two Jackson accusers’ wrenching, clinically detailed stories of alleged sexual abuse, aired out after years of secrecy and lies — their own included.

Living with that sort of secret, says one of the film’s key subjects, “deteriorates you from the inside.” It’s worse when the accused predator appears to float above the law on a cloud made of money and fan love, far from the nagging speculation or willful blindness of the alleged victim’s guardians.

Backed by Britain’s Channel 4, currently the subject of a $150 million lawsuit filed by the Jackson estate, “Leaving Neverland” stays focused on two subjects and their respective families. Choreographer Wade Robson, now 36, hails from Brisbane, Australia. Five years old and Jackson-obsessed, he met his idol after winning first prize at a dance contest, dressed in a kiddie replica of Jackson’s “Bad” outfit.

The “Bad” concert tour came to Brisbane, and suddenly Wade was up on stage with Jackson and other kids. A star was born, at least in Brisbane. Robson appeared on a morning TV show in 1987, showing off his best moonwalk and pelvic thrusts. “Keep an eye out for Wade.”

Eventually the Robsons traveled to California, met up with Jackson again, and got invited for a dream getaway at the Neverland ranch in Los Olivos, Calif. Four hours after the Robsons arrived, Jackson invited Wade and his sister to stay with him, in his bedroom. The parents consented. The abuse, Wade says, began soon thereafter. He was 7.

The other subject of “Leaving Neverland,” James Safechuck, hails from Simi Valley, Calif., and is now 40. At 10, the boy played the wonderstruck fan in a Pepsi commercial, discovered by a mischievous Jackson in his dressing room, trying on his stuff. At the commercial shoot, Safechuck’s mother says in the documentary, Jackson’s hairstylist told her the star was “like a 9-year-old little boy.” That, the mother says, “made me feel comfortable.”

The Safechucks were enraptured by Jackson’s apparently uncomplicated affections toward them all, thrilled to be flown first-class by Jackson here and there and everywhere. “I got to meet Sean Connery!” James’ mom says. Before long, James was spending days and weeks at a time with Jackson. Without his family.

The abuse, he says, began when he was 10 and continued for years. In one particularly eerie scene, James alleges that he and Jackson made vows to each other in a mock wedding ceremony. He shows us a diamond ring, one of many pieces of jewelry Jackson gifted to James over the years.

Even if you believe the accusations made by Robson and Safechuck (I do), “Leaving Neverland” may strike you as somewhat compromised. It’s unashamedly one-sided. The Jackson family is not heard from. Filmmaker Reed unavoidably deals with Robson’s and Safechuck’s initial denials of any improper conduct or molestation, when they were younger, followed years later by recanting their earlier defense of Jackson. The film paints a portrait of unsettingly complex emotions stirred up in vulnerable underage hearts, and bodies. Separately, Robson and Safechuck speak of their adoration of Jackson. Then grew to realize, as they say in the movie, that the love was abuse, accompanied by Jackson’s threats of legal trouble and a lifetime of shame if they talked.

“Leaving Neverland” is well-made in a certain style, though I don’t necessarily trust everything about that style. The surfeit of elegant drone camera overviews, mostly of sunny LA, grow repetitive. The musical score by Chad Hobson is a sucker for painfully ironic and over-orchestrated sweetness. It’s a relief when the music cuts out completely, when the now-grown Robson and Safechuck, in separate interviews, talk about the difficulty of changing their stories as grown men. The music wisely also shuts up when they discuss how their respective marriages suffered under the weight of secrecy.

The film isn’t on the level of the great 2008 Marina Zenovich documentary “Roman Polanski: Wanted and Desired.” That one artfully entwined various points of view, while never letting the film director off the hook. That film was, foremost, a story about a family, and a girl and her mother entranced by Hollywood clout. Derelict parenting runs rampant in films such as these. As Wade Robson reflects in “Leaving Neverland”: In Jackson’s orbit, “Standard instincts and judgment seemed to go right out the window.”

Now, a new round of legal wrangles commence. Separately, the fall 2019 Chicago tryout of the new, Jackson estate-backed Michael Jackson musical “Don’t Stop ‘Til You Get Enough” has been postponed indefinitely. The stated reasons have nothing to do with the documentary’s depiction of Jackson as a serial pedophile. We’ll see if the show goes forward; right now, it’s scheduled to open cold in New York in 2020.

I don’t see how a rousing Broadway crowd-pleaser could be made on this subject. But when it comes to our pop heroes, we have a habit of forgetting and forgiving. “Leaving Neverland” argues a related point: Day to day, ordinary, starstruck people can overlook the most obvious red flags. At one point on camera Joy Robson, Wade’s mother, talks about one of her family’s increasingly fraught stays at Neverland. The King of Pop and young Wade were off on their own somewhere. Joy didn’t know where.

“I couldn’t find them,” she says. “I spent a lot of time alone. Playing with the chimps.”