For Solange, Houston is both subject and canvas on ‘When I Get Home’ 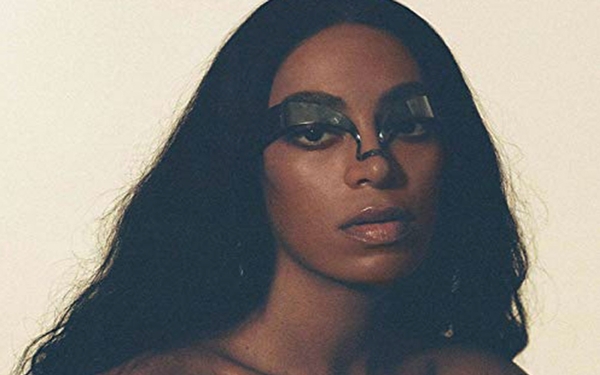 Solange's new record "When I Get Home" came out Friday with only a few days' warning. (Courtesy Amazon/TNS)

In the 2 1/2 years since Solange released “A Seat at the Table” — the gorgeous and deliberate R&B album that elevated Beyoncé’s younger sister to her own position of artistic importance — she’s spent much of her time working in rarefied spaces such as New York’s Guggenheim Museum, London’s Tate Modern and the Hammer Museum in Los Angeles.

As its title suggests, Solange’s new record represents a kind of doubling-back on her journey: “When I Get Home,” which came out Friday with only a few days’ warning, is more or less set in her native Houston, with songs named after the city’s streets and neighborhoods and appearances by local veterans including Scarface and Devin the Dude.

“Candy paint down to the floor,” she sings in “Way to the Show,” referring to the shiny, brightly colored look many Houstonians give their cars; elsewhere, she nods to the city’s so-called chopped and screwed sound, in which a DJ slows down a piece of music to draw out unexpected emotions.

Yet for all the warmth of its homecoming, this remarkable album isn’t about setting aside creative ambition to celebrate one’s humble roots. With its philosophical tone and painstaking attention to detail — not to mention the unconventional structure that pulls together 19 tracks in 39 minutes — “When I Get Home” argues that Houston, and places like it, are no less worthy of serious consideration than any citadel of high art.

On Friday evening, hours after the record premiered on streaming services, Solange released what she called an “interdisciplinary performance art film” that sets her new songs against striking images of African American cowboys and bull riders — a powerful reclamation of Southern iconography not unlike the plantation-house scenes in Beyoncé’s “Lemonade.”

And late Sunday, the singer was scheduled to mark “When I Get Home’s” arrival with an “album experience,” as she described it with a gallerist’s flair, to be held at a number of locations across Houston’s Third Ward area.

So what’s on the mind of this deep thinker? Her childhood, naturally — “I grew up a little girl with dreams,” she sings over creamy electric piano in “Dreams” — along with the comforts and temptations of sex and consumerism.

“I just wanna wake up to the suns and Saint Laurent,” she sings — raps, really — in the reggae-inflected “Binz,” “Hundred thousand dollars on the fronts and the blunts.”

As on “A Seat at the Table,” Solange is also pondering the indelibility of African American culture. In “Almeda” she runs through a long list of “black things” — “black skin, black braids, black waves” — before insisting, “Black faith still can’t be washed away.”

Yet “When I Get Home” feels more abstract than its predecessor; there’s nothing here as declamatory as the earlier project’s “Don’t Touch My Hair” or as nakedly confessional as “Cranes in the Sky.”

Often, Solange (who’s high on the bill for next month’s Coachella festival) will work a key phrase over and over, as in the opener, “Things I Imagined,” in which she seems to be testing out the words, figuring out precisely what they mean through the process of using them; along with the song’s vintage synth textures, the approach recalls early-’70s Stevie Wonder, and not for the last time on the very “Innervisions”-y “When I Get Home.”

Beyond the folks from Texas, Solange’s album features input from a wide array of collaborators, including Pharrell Williams, The-Dream, Panda Bear, the Internet’s Steve Lacy, Sampha, Metro Boomin, Gucci Mane and Tyler, the Creator. (Older voices show up in sampled form, most poignantly in an interlude that has Debbie Allen and Phylicia Rashad — both raised in Houston like Solange and her famous sister — reciting a poem written by their mother, Vivian Ayers.)

Each contributes to a lovingly assembled production that rarely goes where you expect it to — but, like Solange herself, always puts across a clear sense of place.

‘WHEN I GET HOME’