Experience "A Gift From Heaven" with Shen Yun 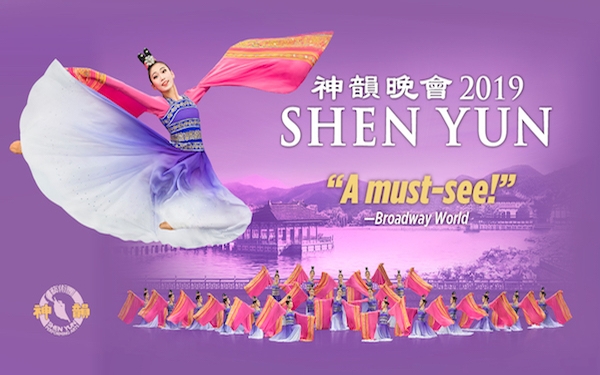 After 130 sold-out shows in the past 5 years in Greater Los Angeles, the world’s premier classical Chinese dance company returns in March 2019 with 43 shows

As the gong strikes, the curtain rises over a scene straight from paradise. Delicate maidens and powerful warriors glide and leap across the stage accompanied by the enchanting melodies of a unique East-West orchestra. Experience all this and more as Shen Yun Performing Arts brings its world-renowned performances to Greater Los Angeles this spring.

Through the universal language of music and dance, Shen Yun weaves a wondrous tapestry of ancient legends and modern heroic tales, transporting the audience across the Middle Kingdom. Packed with action, courage, and humor, these tales embody the wisdom and virtues of ancient China.

Shen Yun pushes the boundaries of the performing arts, melding timeless artistry with cutting-edge innovation. There’s nothing else like the breathtaking beauty of classical Chinese dance combined with Shen Yun’s unique blend of costuming, high-tech backdrops, and live orchestra. Audiences who have seen Shen Yun call it the experience of a lifetime.

But it's not just the colorful and exhilarating dances or the soul-stirring music that make Shen Yun special. Shen Yun gives audiences a glimpse of a time when China was heralded as the Land of the Divine, with a culture that was thought to be a gift from above. Its people sought to live in harmony with nature and the universe. It was a world rich with creativity, beauty, and virtue.

The traditional Chinese culture Shen Yun presents cannot be seen anywhere else in the world—not even in China. There, the ruling communist regime has viewed China’s rich spiritual and artistic heritage as a threat to its ideology, and for decades sought to erase it.

But Shen Yun is bringing this heritage back and sharing it with the world. Like the ancient Chinese, Shen Yun's artists believe that art was meant to uplift, bringing joy and renewal to those who create and experience it. And they bring that spirit to their audiences, who leave each performance feeling hopeful and inspired.

Every year, Shen Yun unveils an entirely new lineup of dances, songs. During a single performance, Shen Yun transports audiences across time and space, offering a cross-cultural experience that entertains, educates, and inspires. After seeing the show, one audience member marveled, “This production...is nothing short of a miracle!”

In 2006, a group of leading classical Chinese artists came together in New York with one wish: to revive the true, divinely inspired culture of China and share it with the world. Entirely nonprofit and independent of the Chinese regime, Shen Yun Performing Arts enjoys the artistic freedom of New York, enabling it to now bring these ancient traditions to the stage. Shen Yun and its mission have drawn top talent from around the world; many artists are winners of international competitions in dance, choreography, and music. The six companies travel six months of the year, performing in more than 30 countries on four continents. To date, millions have seen a Shen Yun show. For more information on Shen Yun Performing Arts, visit www.shenyun.com or the company’s Youtube page at https://www.youtube.com/user/ShenYunTV.