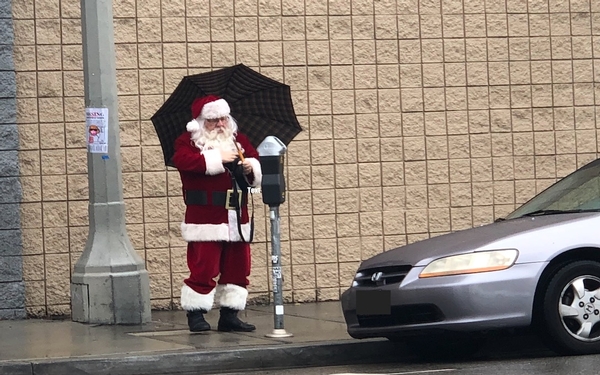 Santa Claus aka Kris Kringle was seen in the rain today on La Brea avenue.  Kringle, still stewing over President Trump’s government shutdown over the Christmas holiday was perplexed while looking at the parking meter.  Said, Kringle when approached by Campus Circle regarding the meter, “I’m not used to these things. I don’t have any pocket change and I had to use Mrs. Claus’s credit card to pay to park.  Generally, I’m parking on roofs in the dead of night.” When asked about the car, Kringle responded that one of his elves recommended using the carshare app, Getaround. Kringle states, “I wanted a red convertible BMW but the Mrs. said I needed to keep a low profile, so I got a Honda.”  When asked about the umbrella, Kringle replied that he picked it up from a lady in Ralph's supermarket on the condition that she wouldn’t end up on the "naughty list" this year. Kringle is in town meeting with Hollywood executives about the upcoming Holiday Season and to negotiate better residuals for his staff.  Said, Kringle, “even elves bitch and moan about their residuals." 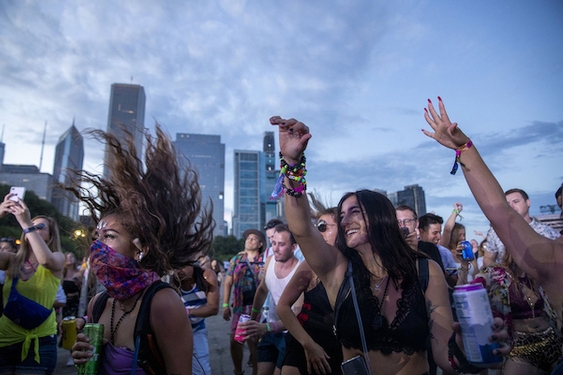