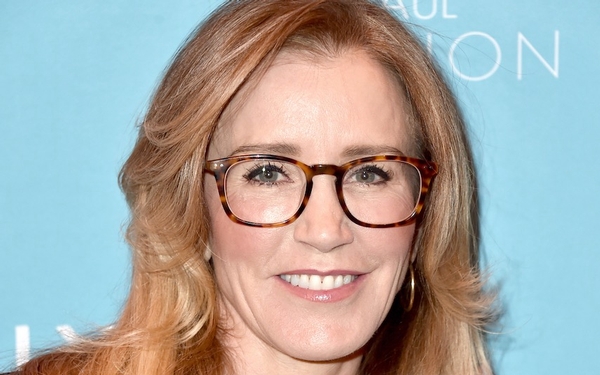 When Felicity Huffman opened the door to her Los Angeles home at 6 a.m. Tuesday, she was met by FBI agents with their guns drawn, according a source familiar with the incident.

The agents informed her of the charges in a sweeping college admissions fraud case and handcuffed her, the source said. Huffman spent hours in federal custody at a detention center in downtown Los Angeles.

On Tuesday afternoon, Huffman made a brief court appearance. She answered “yes” to several question from the federal magistrate, including whether she understood the charges against her. She was seated in a glassed-off area with several other defendants. Her husband, actor William H. Macy, sat in court as the magistrate ordered her free on $250,000 bail.

She is expected to appear in a Boston courtroom March 29 to address the charges.

Huffman is accused of disguising a $15,000 charitable payment in the bribery scheme, according to court records. Prosecutors alleged Huffman met with a confidential witness who explained that he could control an SAT testing center and could arrange for someone to proctor her daughter’s test and correct it.

Huffman’s older daughter allegedly took the test in December 2017 and received a score of 1420. That was a 400-point improvement from her first test. In October 2018, Huffman was recorded by the FBI discussing participating in the same scheme for her younger daughter; however, she did not ultimately pursue it.

Huffman is one of numerous well-heeled defendants who allegedly took part in a scheme to get their children into elite universities through fraud, bribes and lies.

The scheme centered on the owner of a for-profit Newport Beach college admissions company that wealthy parents paid to help their children cheat on college entrance exams and to falsify athletic records of students to enable them to secure admission to elite schools, including the University of California, Los Angeles, the University of Southern California, Stanford, Yale and Georgetown, according to court records.

Laura Eimiller, an FBI spokeswoman, said the FBI did not use a tactical team to arrest Huffman. “But all FBI agents are armed and may draw their weapons as a precautionary measured based on the circumstances during the execution of any warrant,” she added.

A source said that Huffman and other defendants had word in recent days that they might face arrest.

Huffman did get some support Tuesday from playwright and longtime friend David Mamet. In an open letter, Mamet said: “That a parent’s zeal for her children’s future may have overcome her better judgment for a moment is not only unfortunate, it is, I know we parents would agree, a universal phenomenon.”