Will children at center of college admissions scandal pay a price along with their parents? 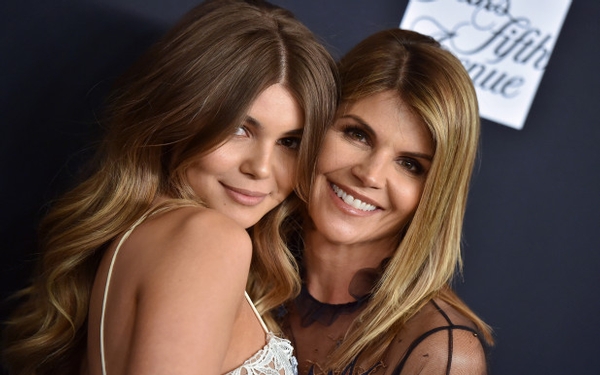 Their parents face criminal charges, with federal prosecutors alleging massive fraud to get them into some of America’s most elite schools.

But it’s still unclear what is going to happen to the children who were the beneficiaries of what prosecutors called the largest college admissions scam ever uncovered.

Federal prosecutors allege cheating on standardized tests, bribery and faking athletic achievements to get into college — the types of misdeeds that would lead to serious discipline. But in many cases, they said, the students did not know about the arrangements their parents made.

Administrators at UCLA and USC said this week they are reviewing student admission decisions after discovering that dozens of families paid huge sums to gain access to at least eight exclusive schools, including theirs, through bribes and lies. Among the parents charged were Hollywood actresses Felicity Huffman, of “Desperate Housewives,” and Lori Loughlin, of “Full House.”

A USC spokesman said Wednesday that students who applied for admission in the current cycle — which is underway for fall admits — and are tied to the scheme will be denied admission. That includes about half a dozen applicants.

The school will also conduct a case-by-case review for current students and graduates who may have taken part in the scheme.

“We will make informed, appropriate decisions once those reviews have been completed,” USC spokesman Eddie North-Hager said in a statement.

UCLA said that it would consider canceling admissions if any student was found to have lied in an application.

“If UCLA discovers that any prospective, admitted or enrolled student has misrepresented any aspect of his/her application, or that information about the applicant has been withheld, UCLA may take a number of disciplinary actions, up to and including cancellation of admission,” the university said.

The two schools have already fired or suspended coaches and an administrator accused in the case.

USC’s senior associate athletic director Donna Heinel and men’s and women’s water polo coach Jovan Vavic were fired after allegedly receiving bribes totaling more than $1.3 million and $250,000, respectively, to help parents take advantage of the relaxed admissions standards for athletes at USC, even though their children were not legitimately being recruited as athletes.

UCLA has placed men’s soccer coach Jorge Salcedo on leave. Salcedo has been charged with conspiracy to commit racketeering after allegedly accepting $200,000 in bribes for his role in facilitating the enrollment of one female student and one male student to the school under the pretense of being soccer players even though they did not play the sport competitively.

UCLA said in the statement that it is not aware of any current student-athletes under suspicion.

“The university is cooperating with the Department of Justice and will conduct its own review to determine the proper steps to take to address this matter,” it said.

Federal investigators have charged 50 people in the case, which has heightened the debate about the advantages the ultra-rich enjoy in accessing the country’s best colleges amid intense competition in which merit alone is not enough to assure admission, even for students with perfect grade-point averages and stellar resumes.

The scheme, which began in 2011, centered on the owner of a for-profit Newport Beach college admissions company that wealthy parents paid to help their children cheat on college entrance exams and to falsify athletic records of students to enable them to secure admission to elite schools, including UCLA, USC, Stanford, Yale and Georgetown, according to court records.

William “Rick” Singer, who owns the admissions company called the Edge College & Career Network, was charged with money laundering, obstruction of justice, racketeering and conspiracy to defraud the United States. Singer cooperated with authorities and pleaded guilty to the charges in Boston on Tuesday afternoon.

It’s not the first time some of these universities have been ensnared in cheating scandals involving privileged students.

In 2005, Walmart heiress Elizabeth Paige Laurie returned her USC degree after she was accused of paying a fellow college student $20,000 to do her homework.

The move came nearly a year after Laurie’s freshman-year roommate, Elena Martinez, told the ABC newsmagazine “20/20” that she had written term papers and done assignments for the heiress for more than three years.