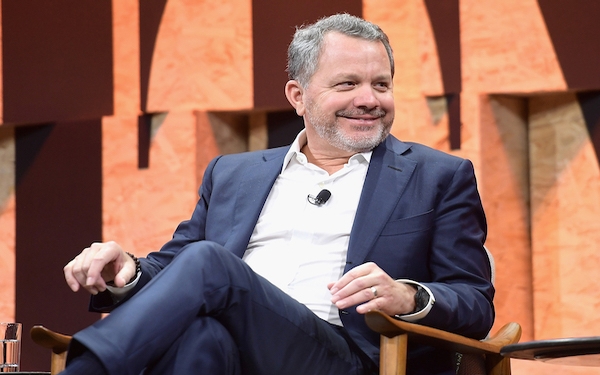 Co-Founder and CEO of the Rise Fund and Co-Founder and Managing Partner of TPG Growth Bill McGlashan speaks onstage during Vanity Fair New Establishment Summit at The Wallis.

TPG Growth managing partner Bill McGlashan has been fired from the prominent private equity firm after allegations that he participated in a massive college admissions cheating scheme to get his son accepted at USC.

“Bill McGlashan has been terminated for cause from his positions with TPG and Rise effective immediately,” TPG said in a statement. “After reviewing the allegations of personal misconduct in the criminal complaint, we believe the behavior described to be inexcusable and antithetical to the values of our entire organization.”

San Francisco-based TPG Growth is best known for its landmark investments in such companies as Airbnb and Uber. It also helped launch the Burbank movie studio STX Entertainment. McGlashan also stepped down from the company’s social impact arm the Rise Fund that he co-founded with U2 singer Bono and Participant Media founder Jeff Skoll.

McGlashan, 55, apologized to TPG board members in a Thursday memo, saying the companies would be “best set to continue their mission” without him.

“I am deeply sorry this very difficult situation may interfere with the work to which I have devoted my life,” the Mill Valley financier said in a statement.

The U.S. Justice Department indicted McGlashan this week for his alleged involvement in the college entrance exam and college recruitment scams dubbed “Operation Varsity Blues” by prosecutors. The Justice Department’s widespread investigation led to the arrests of Hollywood celebrities and corporate titans.

According to the 204-page charging document, McGlashan agreed to donate $50,000 to Key Worldwide Foundation, the Newport Beach charity at the center of the scandal with the understanding that its leader, William Singer, would arrange for his son’s ACT test to be corrected by a proctor, in exchange for a bribe. McGlashan’s son received a 34 out of a possible 36 on the exam.

McGlashan and Singer also conspired to make a fake athletic profile for McGlashan’s son, in order to get him admitted to USC as a football kicker, even though his high school didn’t have a football team. McGlashan agreed to pay $250,000 in connection with the athletic recruitment scheme.

McGlashan had Hollywood ties through TPG. On Wednesday morning, he resigned from the board of STX Entertainment, the studio known for the raunchy comedy “Bad Moms” and the Kevin Hart-Bryan Cranston comedy-drama “The Upside.” McGlashan is also the co-founder of Evolution Media, an investment and advisory firm TPG launched with talent firm CAA.