Purdue has banned Netflix, Hulu and other streaming services. Will it get students to pay attention? 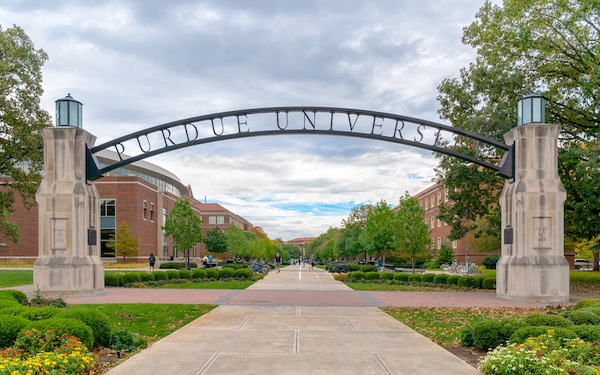 Faced with Wi-Fi that too often slowed to a crawl during the middle of class, Purdue University has taken a bold step to restore order to its network: It has banned Netflix.

The West Lafayette, Ind., campus is blocking the popular streaming video service in all of its academic buildings, along with other bandwidth-eating sites such as Hulu and HBO. The move comes after some faculty complained that the network had become so slow that academic applications were unusable during class.

“There’s a finite amount of bandwidth available,” said Mark Sonstein, the university’s executive director of information technology infrastructure. “If you have people who are streaming a movie, then they are consuming all of the available bandwidth.”

It’s the latest skirmish in the never-ending struggle between teachers and distracted students, using a technological fix to do what some professors have achieved by rounding up smartphones before class. So far, it seems to be going over without much fuss: University officials say they haven’t received any complaints.

“I heard about the bandwidth problem, but when the solution was implemented, I heard crickets,” said Steve Beaudoin, a chemical engineering professor whose building was one of the first to block streaming sites.

Purdue appears to be one of the first colleges in the country to resort to this kind of technological barrier, even though it’s common in secondary schools and corporate offices.

“We have made significant investments in our network in order to provide our students, faculty and staff with the technological infrastructure to support their needs,” a U. of I. spokesman said.

One local exception is the law school at the University of Chicago. Since 2008, it has shut off Wi-Fi in the classroom wing to encourage student attention and engagement.

Professor Saul Levmore said that has become an accepted norm among students, though with today’s smartphones capable of acting as internet hot spots, “if they want to check Wikipedia or something, they can do so.”

Some Chicago college students interviewed by the Tribune acknowledged that in-class streaming is common.

Columbia College freshman Dom Campo, 19, said he has seen students watching Netflix, Hulu or YouTube in classes, typically in lecture halls that seat up to 100 people. He acknowledged he sometimes does it too.

“(Professors) are not going to yell at you,” said Campo, who is studying screenwriting. “It’s not like grade school or something like that. You have the choice. … It’s going to be on you at the end of the day.”

Some lectures last two hours, so it can be hard to stay on track the entire time, especially if the class doesn’t include breaks or hands-on activities, said Longmire, 20, a sophomore who is studying exercise science.

“You’ll have zones where you’ll focus and then you’ll tune it out, go to your phone and do something, and then you’ll come back to the lecture and then go back to doing something else, so it just goes in and out basically,” he said.

Merrell, a 20-year-old junior who is studying psychology, said she watches full episodes of “Saturday Night Live” in one of her classes when she gets bored. Though she said streaming restrictions might be a good idea, she didn’t think students would be happy about them.

“We’re paying for the classes, it’s our money, but at the same time, it’s also your education and you want to be prepared for the field you are going into, so I don’t know,” she said.

Rory Robertson, 20, a junior psychology major at Roosevelt University, said streaming was more of a problem in her freshman-year classes. Some professors now ask students not to stream, and others require students to take notes by hand.

“As people get more into their college career, I think they kind of pay more attention because they are paying a lot of money,” she said.

Purdue decided to take action on its poky network after a study found that only 4 percent of its traffic was academic, while 34 percent was consumed by streaming services and gaming (the rest was “mixed,” meaning search engines and YouTube that could have an academic purpose).

The problem became so extreme that students sometimes had difficulty turning in their homework online or using apps designed for the classroom, Sonstein said.

“We have a system here where students can answer questions (electronically), and professors can collect answers and then talk them through,” he said. “A professor would decide not to use it because they can’t rely on the bandwidth.”

This week, with students back from spring break, the policy went campuswide, though student centers, dorms and common areas of academic buildings are exempt. Purdue’s other campuses in Indiana are not affected by the new policy.

Nick Pappas, a 19-year-old sophomore from Barrington, Ill., who is studying computer science, said he hadn’t heard any gripes about the filters. But while he didn’t believe classroom Netflix sessions to be a widespread phenomenon, he said a few students have become cavalier about using class time for entertainment.

“People can get away with it so easily,” he said. “Even if you have a teacher who isn’t afraid to call it out, with (wireless earbuds), they can hide them under hats.”

Some Purdue students on Reddit advised their classmates to get around the block by using virtual private networks, but a school spokesman was unruffled by that possible dodge.

“If the bulk of the students participate, either because they agree with the purpose of the program, or because they aren’t inclined to take the steps necessary to circumvent it, then the purpose — freeing up bandwidth for academics — will be achieved,” he said.