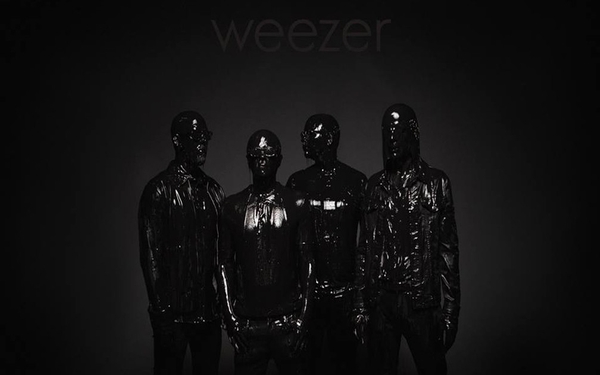 Texas tunesmith Hayes Carll was fittingly bummed out on 2016’s “Lovers & Leavers,” a divorce album whose downcast mood muted a good deal of his trademark humor. His mood is more buoyant on “What It Is,” presumably due to the presence of fiancee Allison Moorer, who produced the album and co-wrote several tunes. The charming love song “None’ya” — as in “none of your business” — sets an inviting and openhearted tone, but this isn’t simply a happy-to-have-a-second-chance album. The drawling talking-singing troubadour also directs his attention to the world at large, expressing heartfelt outrage at racist bullies on “Fragile Men” (written with Nashville songwriter Lolo) and promising to heed the call to tell a world’s worth of stories to be told on “If I May Be So Bold.” Carll will never be a great vocalist. But he’s an astute observer and skilled storyteller, and at his best, as on the subtly moving, not-just-a-joke “Jesus and Elvis,” (originally recorded by Kenny Chesney but included in a superior version here), he’s tough to beat. — Dan DeLuca

No one can accuse Rivers Cuomo of not striking while the iron’s hot: Weezer’s second album in a month follows their surprise hit cover of Toto’s “Africa” last year, the covers album it begat, and unexpected free promo from a pretty good “Saturday Night Live” sketch in December. If you’re still listening to new Weezer albums in 2019, you’re along for the ride and delighted to scour through the algorithm-fed lyrics and analytics-inspired hooks to uncover the glorious “The Prince Who Wanted Everything,” a bizarre tribute to the Purple One that does Jeff Lynne better justice than their cover of “Mr. Blue Sky” on last month’s release. (It contains the word genuflect, and is preceded by a song that mentions Netflix.) Then there’s the rest: Daring garbage like “Piece of Cake” (used that melody in 2016, boys) and “California Snow” (trap drums!) betwixt earworms like “Living in L.A.” (those fake-Sting “so lonely, so lonely” bits … thought Beverly Hills was where you wanted to be, brah?) and “Can’t Knock the Hustle,” which thinks Uber driving — something Cuomo will never have to do — is hilarious. — Dan Weiss

Last year, Chicago rapper-singer Juice WRLD was bummed. He was caught in a mopey, emo-rap web of his own devising, lost in the druggy, trap soundtrack that was his wronged-romance-filled debut, “Goodbye & Good Riddance,” and his biggest hit, “Lucid Dreams.” He played it cool, smooth, and sad in 2018 with a blank expressiveness and a moody monotone to match his tormented lyrics.

Now, Juice WRLD sounds elevated and lighter of heart. His new melodies are bolder and more contagious on “Empty,” with its passionate, soft piano play. Sure, the lyrics are mawkish (“I was put here to lead the lost souls/Exhale depression as the wind blows”), but their expression is gorgeous. “Robbery” also feels fresh: benefiting from the power of a plaintive piano line, Juice WRLD has his strongest pop song moment, one where his high-pitched, whinnying vocal sounds like classic emo punk. Think Billie Joe Armstrong at his calmest, and you get a feel for where he is heading. Don’t fear, though. Juice WRLD is still chilly and lovelorn, as his ice-breathy, AutoTune-heavy baritone touches down on “Hear Me Calling,” its catchy “breakaway/make a way” refrain and a grooving dance hall influence. Plus, nobody writes raps such as the ones that fill “Syphilis” and “Who Shot Cupid?” if bad romance wasn’t far from Juice WRLD’s mind. — A.D. Amorosi