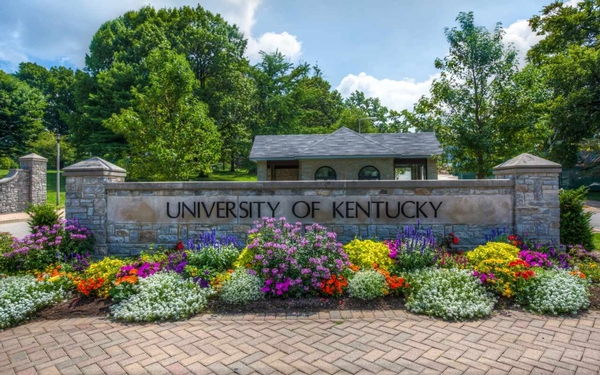 A group of University of Kentucky students began a hunger strike Wednesday night to demand better services for their peers suffering from food and housing insecurity.

Representatives of the SSTOP (Sustainable Solutions to Overcome Poverty) Hunger group at UK said at least seven students will not eat anything (but will drink water) until President Eli Capilouto’s administration creates a Basic Needs Center with staff and funding to help low-income students. About 50 more will be limiting their meals to one a day.

“We’re committed to striking until UK meets the demand,” said Beau Revlett, SSTOP’s director. “This is a way to get the public to understand these issues.”

SSTOP is pushing for one central resource to help students who may not be able to afford food or rent because it’s difficult to navigate UK’s labyrinthine administration for resources.

A Basic Needs Center was one of the recommendations of a UK task force that has studied the issues for several years. That group did a survey that found 43 percent of the 2,000 UK students interviewed said they experienced food insecurity on campus, with nearly half of those reporting actual hunger because they couldn’t afford to buy food. Eight percent said they had experienced housing insecurity, too.

The results mirror a recent national report done by Sara Goldrick-Rab, a professor of higher education policy and sociology at Temple University and founder of the Wisconsin HOPE Lab, which found that about 36 percent of students attending four-year colleges and universities said they had “low” or “very low” food security.

“We don’t all agree on every aspect of how to address these issues,” he wrote of the SSTOP students. “But while we may disagree in some of our specific approaches, we will never disrespect the concerns that have been raised or those who have raised them.”

Shortly after the email was released, Revlett said the strike would continue. “As far as we’re aware there is no one who does this full time, it’s something they have to do on top of all their other responsibilities,” he said. “Even if they were, it would make a lot more sense if it were all centralized.”

UK has a food pantry, called the Big Blue Pantry, to help students and staff. In addition, SStop Hunger worked with Aramark, UK’s dining partner, to get 2,000 “swipes,” or free visits to dining halls, for needy students. The Campus Kitchen at UK, which is focused on decreasing food waste, provides a healthy dinner to at least 150 students a week. In addition, the UK LEADS program helps students meet unmet financial need while they are on campus.

Capilouto also said the hours of Big Blue Pantry would be expanded from 20 to 48 hours per week, and that UK would provide more free swipes in the two residential dining halls, the 90 and Champions Kitchen. In April, UK will begin another survey on food and housing insecurity.

Revlett said that with just about five weeks left in the semester, the striking students are worried about poor performance in their classes because of a lack of food.

A recent survey found that 43 percent of UK students who were surveyed reported they had experienced food insecurity in the past year, including 20 percent who reported hunger because they can’t afford enough to eat.