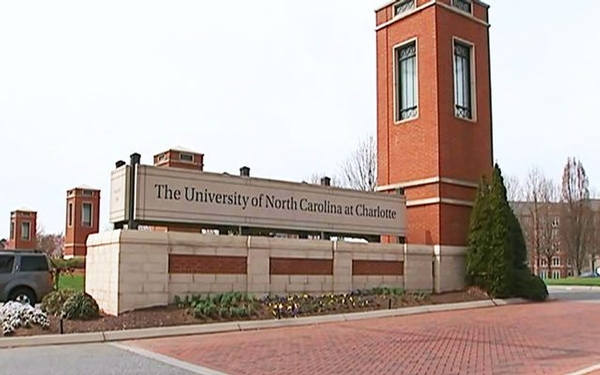 Two people were killed and four others are hurt after shots were fired at the University of North Carolina’s Charlotte campus on Tuesday afternoon, Medic confirmed.

Two of the people who were shot have life-threatening injuries, according to Medic.

As of 7 p.m. local time, the lockdown on the campus was continuing.

Earlier, campus officials urged everyone in a tweet to “Run, Hide, Fight. Secure yourself immediately.”

The university first tweeted about the incident just before 6 p.m. Shots were reported near the Kennedy building on campus.

In a second tweet, at about 6:25 p.m., university officials said a campus lockdown continued.

“Remain in a safe location. Monitor email and UNCC homepage,” the tweet advised.

In a third alert, the university’s office of emergency management said buildings were “being swept by law enforcement. Law enforcement is individually sweeping buildings on campus. Follow officer commands.”

A university spokeswoman was not immediately available for comment. No victims names have been released yet.